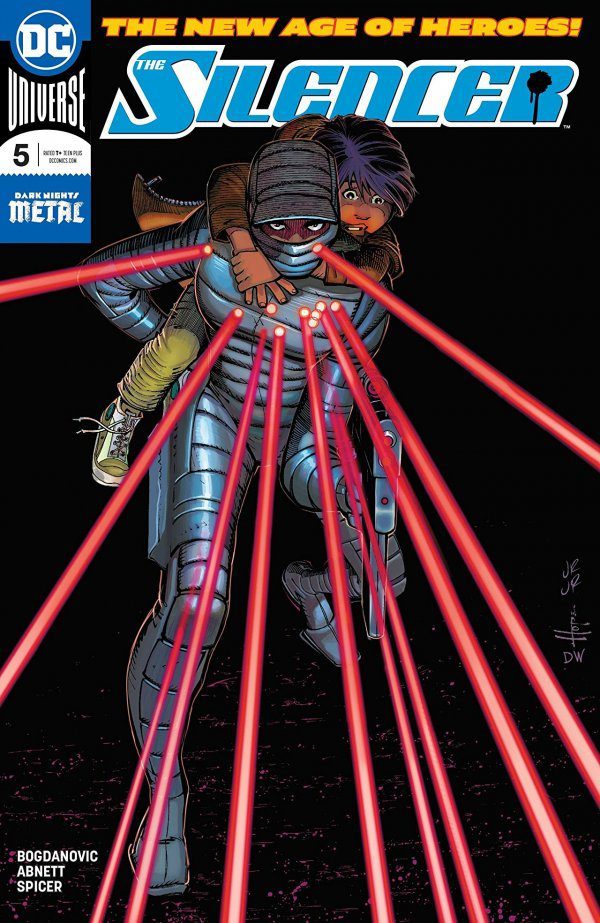 In the new issue of The Silencer, Honor is shared with some new information that brings to rethink about who she can trust in her life. Her recent run-in with Deathstroke is essentially the only part of the issue where we get some action. It’s a fun fight scene between the two, as most fights between professional assassins should be. Right now though, Deathstroke isn’t out for blood. His intent is a bit unclear even though we saw him a couple issues back take on the job. He’s always been known as the man to honor his contract but will he break this one? I keep finding the small bits of the slice of life moments with Honor and her family to be some of the most enjoyable moments. These moments continue to drive her and give the reader reasons to be on her side because we can all appreciate how she just wants a simple family life, especially after a life of assassinations. The past life of hers may begin to become more difficult to hide after her confrontation with Talia in this issue, things may have to finally be laid out on the table to her son and husband.

The pacing of The Silencer has been nothing less than stellar. We continue to grow attached to Honor and at the same time learn a bit by bit about the organization she has left along with getting some really great action moments, especially when she uses her power called the Zone of Silence. The art team still delivers some fantastic work. There is definitely a lot of shades of black used in this one but granted many of the scenes are taking place at night. Colors aren’t overly brightened either. It has this muted tone to it but I think that helps coincide the tone of the book. The issue has its fun and funny moments, but it does take itself seriously when necessary. You feel like Honor is trying really hard to just be a wife and a mother and her strong will and determination is what will draw in the readers. If you’re a fan of things such as the John Wick films, this a bit of a no-brainer that The Silencer deserves your attention as things have really ramped up now. Honor is not the first assassin character ever written but I couldn’t recommend it more than enough.

Dan Abnett DC comics the silencer
Are you an Insider?News, reviews, & updates are just the beginning.