Disclaimer: I am a gaming noob. My reviews are not from a professional point of view but from a learning point of view.

“The Wild Eternal” is a game where you play as an elderly woman who wishes to escape the reincarnation cycle, so that she may finally gain peace. The atmosphere through which we travel in is gorgeous. We start off in an ethereal, rock path, surrounded by mist. This leads to the outside: grass, sky, trees, and mountains.

This game is not made in the Unreal Engine, but that doesn’t mean the scenery can’t be amazing. While the design appears to be grounded in reality, the scenery somehow conveys the sense of the fantastical at the same time. Seeing as the protagonist is on a journey to stop the reincarnation cycle for herself, the mixed sensation of real and unreal.

I mentioned you play as an old woman, correct? You quickly forget that once you start playing. All the jumping and crouching doesn’t lend itself to something a woman who has lived through a good, several decades, with a soul tired of being reborn. Only when your character interacts with others, like the “demi-god” Fox for example, do you get reminded of your character’s age. 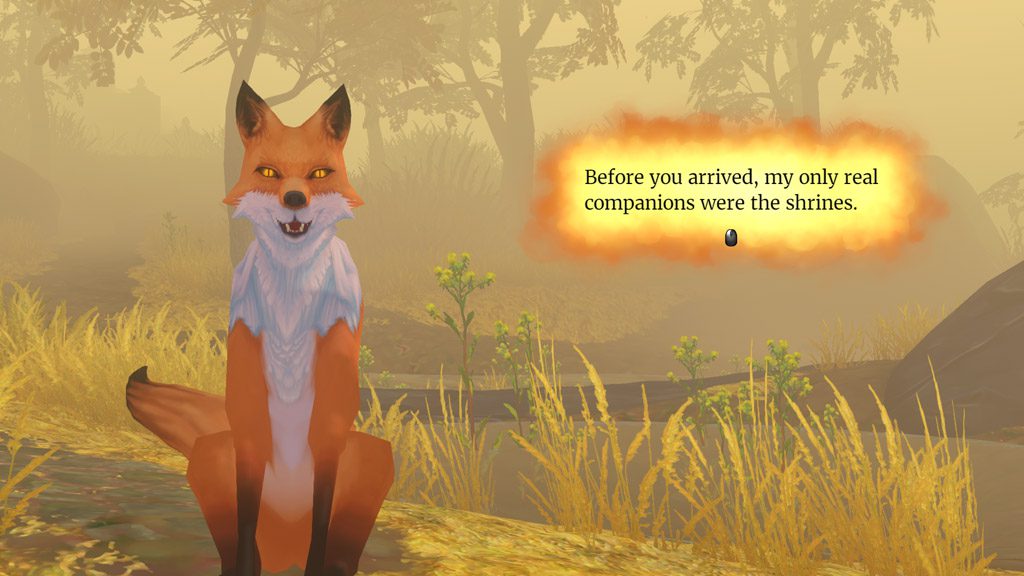 The language is another thing. I don’t quite believe it to be in another language, but the spoken words are not in English, nor does the length match the length of the text. I was surprised to find “voice acting” in this game, and when they spoke… I was surprised even further as to their actual voices, and the language they were speaking.

This game is described as this woman’s meditative journey into finding peace for her soul. On this journey, you will come across shrines in the shape of some familiar meditative leaders, resembling Siddhartha Buddha, for example. You must collect “tributes” to give to these altars, and in turn, you can increase your “stats” so to say. You can gain the ability to run, heal, etc. 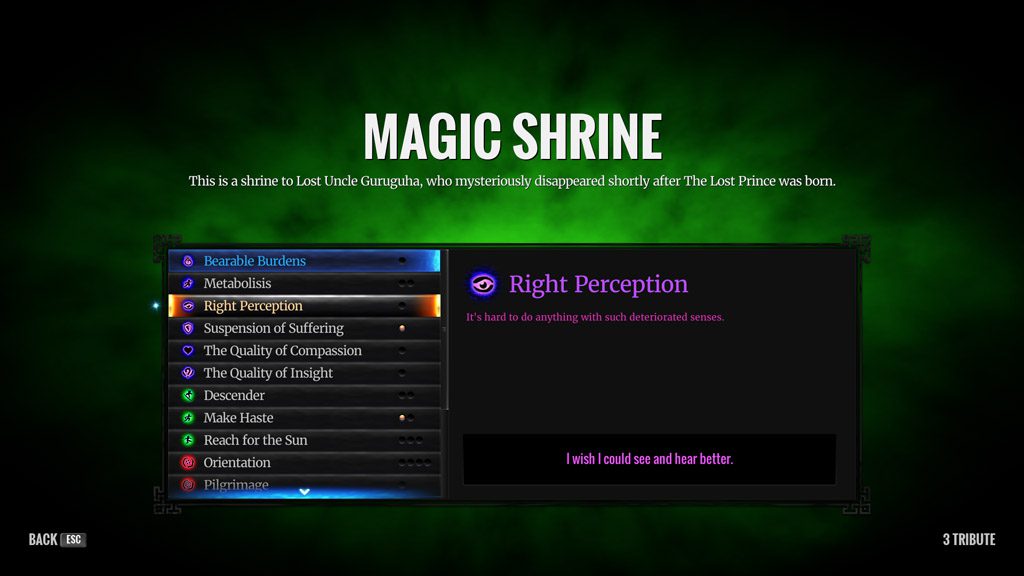 The music in this game is peaceful, and rightfully so! Its music one would expect from a meditative journey. Soothing, but not too quiet. I mean, I doubt the developer would want the player to fall asleep while playing. The music is balanced between atmospheric, and relaxing - the perfect middle ground. I’m sure this music will also soothe the ragers out there who get easily frustrated with games - this music has you in mind!

Have you seen this:
Free Guy (Review)

I have only one complaint, and this is probably due to me being a newbie - as previously stated in my disclaimer. There were many, many, many controls for various things. I wrote them down so I could reference them while playing. It’s like I wrote out the entire alphabet and then some (obviously exaggerating here, don’t take it literally). 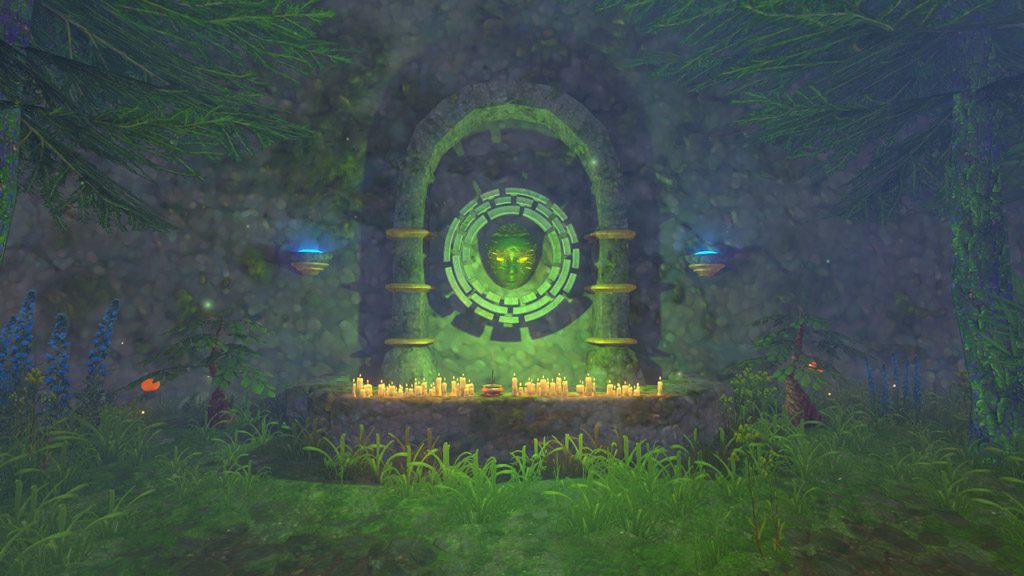 While at its surface it resembles just another first person, exploratory game with a goal in mind, it’s so much more.

What do you think? Can you help the woman break the reincarnation cycle, and bring peace to her soul?

For a sneak peek into this world, check out the Ilsanjo’s (the developer) own gameplay preview.