Thrilling Social Commentary in GET OUT Review

The Good
From the very beginning the film hits on some very central social themes. In a brilliant way, Get Out explores the various challenges of interracial relationships. What makes it so smart, in my opinion, is that it not only takes a look at the inter-workings of those relationships but also how others (i.e. family, friends) are effected as well. Another social theme that gets addressed is of course the notion of “blackness” from different perspectives. You get that from the little racial jokes from time to time. Often times, you couldn’t tell whether you should be scared or just continue laughing.

Speaking of jokes, this movie was practically laugh out loud funny! I wasn’t expecting to be laughing as much as I did. I have to give a huge kudos to Lil Rel Howery (who plays Chris’s best friend.). Lil Rel was absolutely hilarious every time he was on the screen. Bradley Whitford (who plays the dad) also had some pretty funny moments. Of course, Daniel Kaluuya (played Chris) does a nice job as the lead. Most of his facial expressions and reactions to others will probably match that of the audiences’ as well.

Director/writer Jordan Peele simply did an amazing job of blending both comedy and thrills while still embedding social themes along the way. As far as the plot, I give it credit for being rather unique. Aside from the jokes and social issues, this was actually a nice bit of a mystery. For the majority of the film you’re constantly trying to find out the actual motivations of the characters and just what is going on in that strange little neighborhood. I personally think that this movie had a lot of great pay offs for the audience, so don’t be surprised if you find yourself really getting into the film.

The Bad
The only slightly negative aspect to this film is that while there were a few nice plot twists, some things were rather predictable. It’s not a huge deal even if you do predict some events though. I just thought it was worth mentioning at the very least.

The Reason
First and foremost, let me say once again that Get Out was a really smart piece of film making. The social issues that it touches on will certain drive an interesting dialogue for audiences. Not only that, but it doesn’t come off as political or preachy. The comedy and thrilling aspect kind of take the edge off of any potential social bias or awkwardness someone may feel.

If you’re afraid by the trailers, don’t be. There’s nothing really scary in this movie that I would say makes it horror film at all. I’ll also say that because of this movie, and Lil Rel Howery, I have a new found respect for the TSA (Transportation Security Administration). Get Out is a surprisingly great movie that’s more than worth the watch in theaters. Get out and go see it! (See what I did there?) 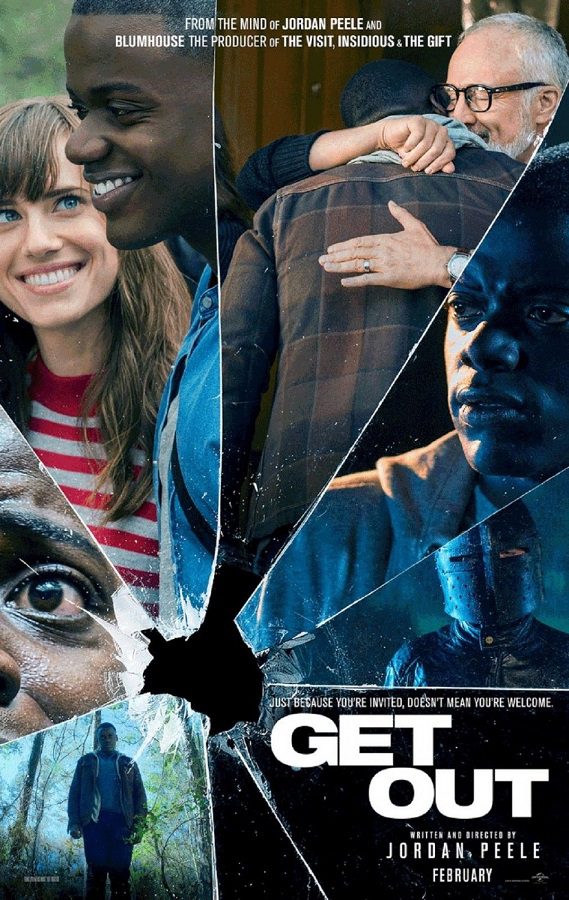