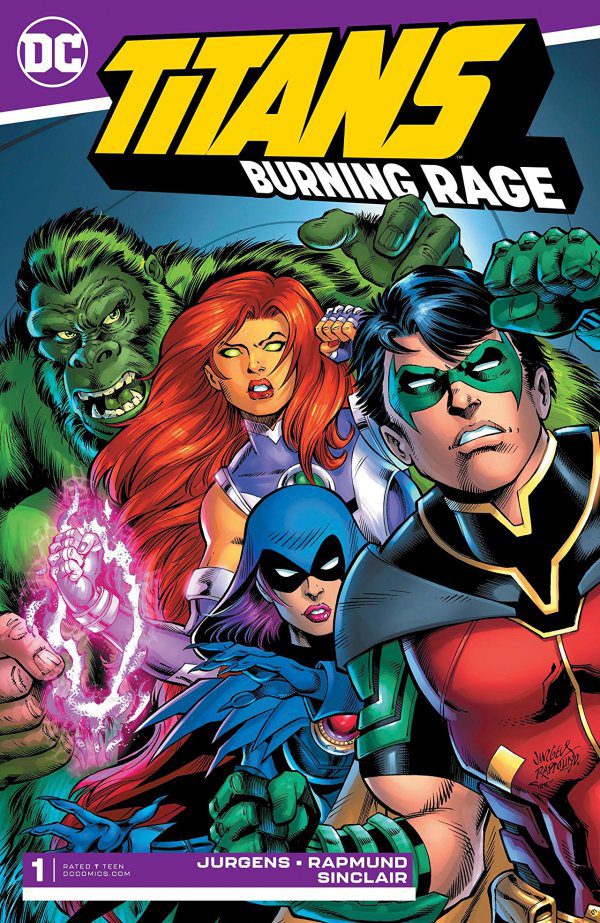 The Titans have a new foe to face and an old enemy recruits its own team to bring chaos.

Beast Boy’s lunch is soundly interrupted when Raven transports him to the middle of a pitched battle between the rest of the Teen Titans and a new villain known as the Disruptor. The Titans take on the thief as he breaks his way into STAR Labs to steal a device that will amplify his powers. Unfortunately, his mixture of skill and strategy prove to be formidable as he can disrupt everything from technology to the mind itself.

As the team licks their wounds and goes out to blow off steam, Disruptor is inducted into one of the team’s deadliest enemy organizations and the new leader recruits his own team to end the Teen Titans once and for all.

From the character interactions to the pace and tone of the story itself, everything about this issue has the feel of the classic Teen Titans. Dan Jurgens does a great job of establishing who these characters are for new readers as well as appease fans. This is a fun first issue that does what a first issue should do; make the reader interested and finding out what happens next.

Scot Eaton draws the reader in with the art and both the style and details of the panels are the perfect complement to the tone of Jurgens’ story.