“Oh, look it’s ANOTHER reboot. Looks like Hollywood continues to run out of ideas.” – Me, I know I’ve said this countless time.

Maybe, it’s become status quo now. But, whenever anyone (and by anyone, I mean me) hears the word “reboot” in front of any greenlit film or TV show we (me again) are quick to assume that Hollywood has become lazy. This went through my mind when I heard they were rebooting Tomb Raider. A movie, originally, made back in 2001, Lara Croft: Tomb Raider, starring Angelina Jolie, based off the video game made famous for PlayStation back in 1996(Got all that? Seriously. Context is key). The movie would star actress on the rise, Alicia Vikander (Ex Machina, The Danish Girl) and co-star Dominic West and Walton Goggins.

“IT BELONGS IN A MUSEUM!”

I didn’t have much knowledge of the video game, Tomb Raider, when it first debuted. All I knew was that it was led by a female character. It wasn’t ignorance either, I had just never played it. But, I was aware of its popularity and how that popularity grew with each installment following the first one. The most important thing I took away from her character while doing research, was she’s an archaeologist-adventurer. Like another popular character, Indiana Jones (more on that later).

The writers do an excellent job of maintaining that central part of Lara. But, what they’ve done a fantastic job of is giving her a solid origin story. When we meet Lara she’s still trying to find her way. Training at a local gym, working as a bicycle carrier and outsmarting her male coworkers, all the while believing that her father (played by Dominic West), who had left on business seven years before and presumed dead, was still alive. Even if it seemed certain he was.

But, a series of events leads her to discover another life she never knew her father had. Or was he just waiting for her to pick up the clues that he left behind for her (Yea, chew on that one for a while)?

So, we have the motivation, a solid origin story, and a strong female lead, in an action movie, who has no problem displaying her butt-kicking skills. Seriously, Alicia Vikander absolutely rocks in this role and commands your attention when she’s on screen. She killed it.

The rest of the cast is good as well. Dominic West has always shined in his roles and this movie is no different. Not to mention I really enjoyed the father/daughter relationship and how it not only connected well but helped elevate Lara’s overall character arc. That dynamic was handled very well. Walton Goggins (I miss you Boyd Crowder. If you watched Justified, you know) is always entertaining because he’s so good at playing the bad guy. But, what I found even more interesting about his character is that even though he’s the “bad guy” he’s not necessarily doing things for himself. There’s a real reason he’s in his current predicament (Ha, chew on that one too!)

‘WAIT, WAIT, WAIT! WHAT ABOUT THE INDIANA JONES REFERENCE YOU MADE EARLIER?!”

You guys remembered that from earlier, huh? Well, it goes along with my concluding thoughts so just hang on.

This “reboot” shut me up about my “reboot” complaints. For now, at least. This is a very, very good movie. Screw it, this movie FREAKING ROCKS! Seriously, I didn’t have many expectations for this movie going in. I was very much “meh” about it. And that’s with the reboot argument aside. I would happily watch this movie again and again. As for the Indiana Jones reference goes, now stay with me here. This new Tomb Raider series has the potential to be THAT GOOD. This was a great introduction. With the right guidance and writing this franchise could really take off in the same way that carried our good friend, Indy. We have a strong bad-ass (sorry, couldn’t help myself) female lead character and now she can really become the character who we were first introduced to back in 1996. 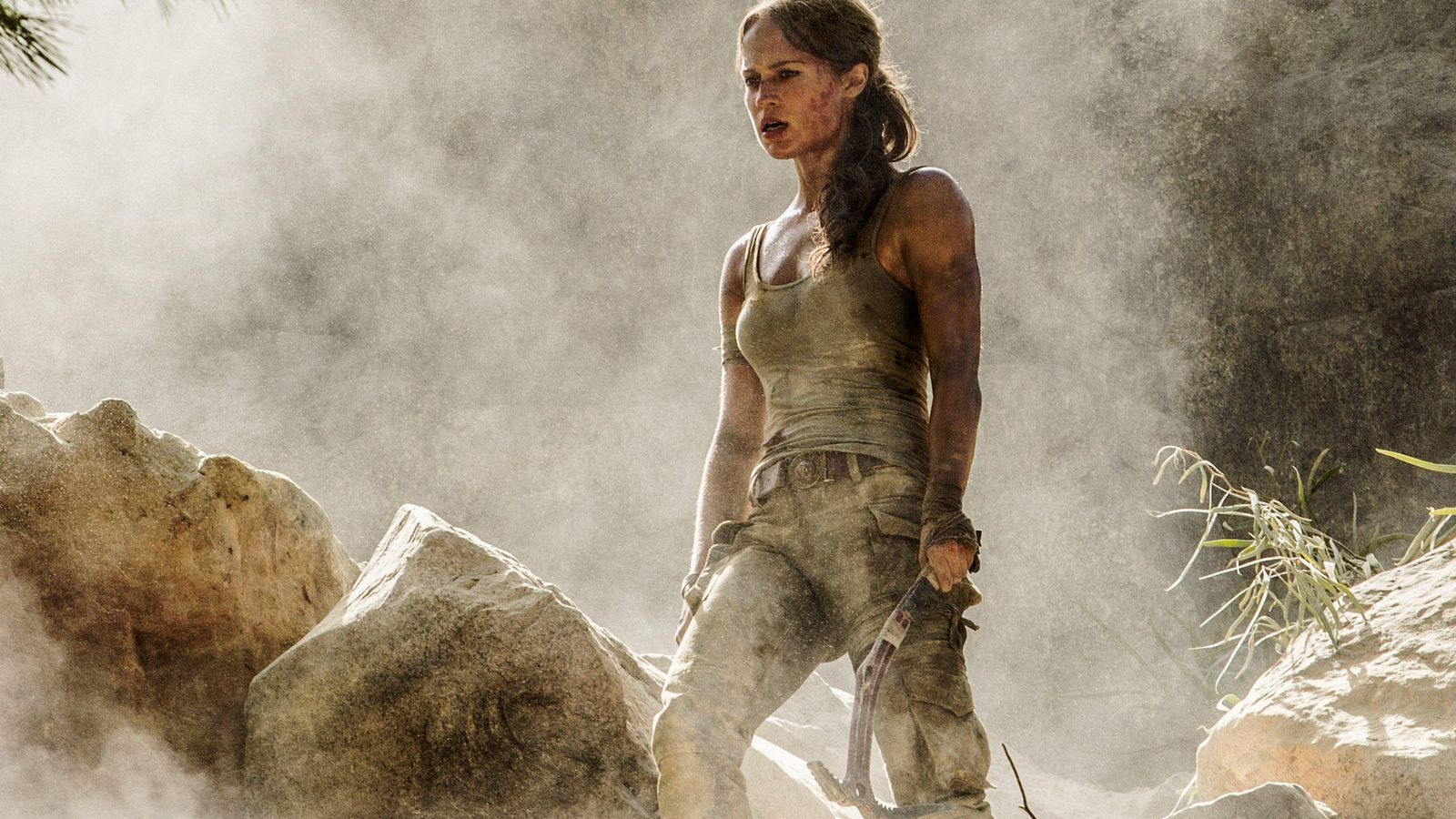 As the father of two little girls I cannot wait to show them, when they’re a little older, a movie with a strong (I sense a theme here), smart and independent female who doesn’t lack conviction when she’s on one of her adventures. Not to mention she can take the occasional bruise and keep pressing forward. Tomb Raider is a winner!