Top 5 Moments From Star Wars: A Certain Point of View 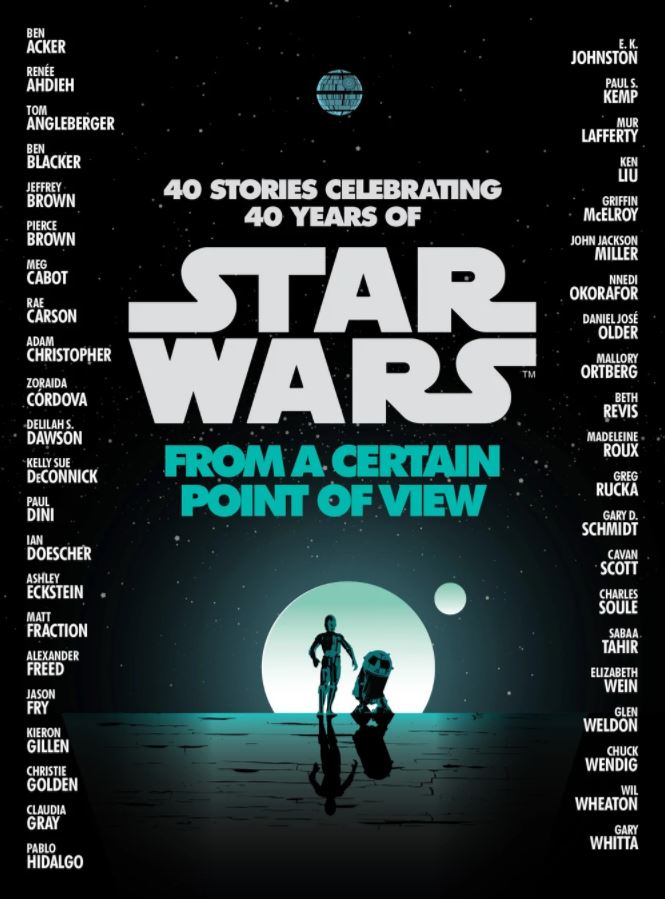 Luke, you’re going to find that many of the truths we cling to depend greatly on our own point of view….” Obi-Wan Kenobi.

The 40th anniversary of the Star Wars Episode that started it all inspired this thrilling anthology collection of forty short stories told by 43 authors. The old school Star Wars fan inside me was ecstatic. The anthology style was a throwback to the Legends books a long time ago… (way back in the 1990s) when Bantam released such titles as Tales of the Bounty Hunters, Tales of Mos Eisley or Tales of the New Republic, and more!

From A Certain Point of View ambitiously jumped between the Empire, the Rebellion, and even marginal characters in the backgrounds during the events of A New Hope. The real joy for the reader came in not knowing who, what, or when was coming next. Each brisk story made insignificant or unknown characters feel important in their own right or revealed trivial facts about established characters. I loved learning that Yoda experienced two seasons (wet and dry) on Dagobah and that Greedo once liked the same female as Han Solo. Every story felt important and every character received top billing in their respective pages. After all, everyone is the main character of his or her own story. 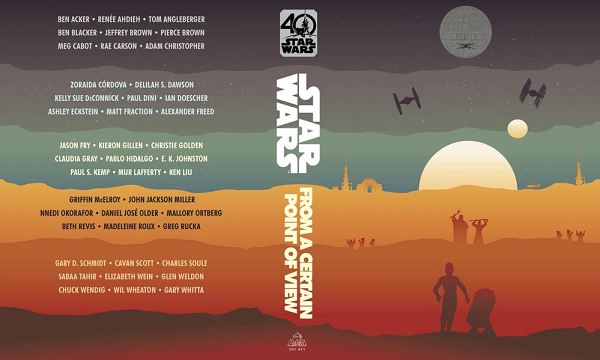 The stories spanned from the end of Rogue One until the end of A New Hope. While the book was an enjoyable collection of nostalgia mixed with thousands of continuity Easter eggs, it wasn’t without its problems. Too many of the tales focused on Tatooine and the Death Star. Even though this was a deliberate decision so the book could (loosely) follow the film’s events, the recurring locations did become a bit monotonous. I would not have minded a less sequential anthology if the stories set within ANH’s timeframe took me to different corners of the galaxy as often as it did its characters.

I inhale trivial Star Wars connections like oxygen in Alderaan’s asteroid field (Is 40 years too soon for Alderaan jokes?) So I truly loved the conscious effort by the authors to explain lingering questions about ANH’s continuity. It was great fun and highly significant to find answers to many longstanding questions raised by Star Wars fans since before the birth of the Internet.

With such a long list, it would be impossible to list the merits of all 40 stories contained in From A Certain Point Of View, so I decided to travel a different hyperspace lane compared to my other reviews.

Submitted for your approval, here are my Top 5 Recognition Awards from From A Certain Point of View, from MY point of view: (Spoiler Alert!)

This was also my personal favorite story because it masterfully answered a longstanding question of why the escape pod containing C3P0 and R2-D2 wasn’t simply shot down in the opening minutes of A New Hope. It would’ve made for a much shorter saga if the Death Star plans never reached the surface of Tatooine in the first place.

It always seemed odd that a trigger-happy organization like the Galactic Empire would fail to shoot an escaping pod from a suspected Rebel Ship. Kevin Smith (@ThatKevinSmith) once jokingly suggested the decision not to shoot the pod because “there were no lifeforms” could only be explained if this was the first-day droids had been released onto an unsuspecting galactic market.

The Sith of Datawork made me laugh out loud several times as Liu provided us with the answer. It turned out, the offending gunner did what we all do when we mess up at work; he hid the mistake. This story followed the bumbling fool who just assumed the pod short-circuited and provided hilarity as he covered his Imperial ass via mountains of paperwork. It’s funny but really hard to blame him. If his boss’s boss, Lord Vader, found out, the asthmatic manager would surely have taken out his frustrations on his windpipe at next performance review.

I had to include this one because it gave me the single biggest laugh. While it wasn’t as consistently funny as The Sith of Datawork, it did give me the single largest LOL moment when I read the hilarious incident report filed by Admiral Motti after Lord Vader Force-choked him during the Death Star briefing room scene. His quips about respecting Vader’s freedom of religion while still requesting the Empire enforce a separation of Church and State were astoundingly clever and probably the story I am most likely to re-read first! 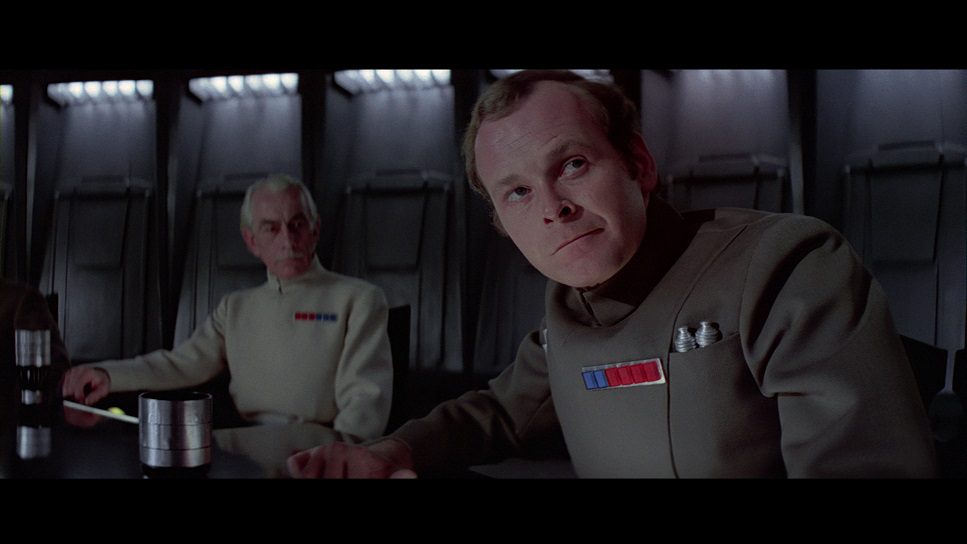 While the book contains many familiar faces, From a Certain Point of View also offered the reader a chance to engage with new heroes in the Star Wars canon. This protagonist of this winner did not make an impact during the runtime of A New Hope. It’s hard to say if we even saw him at all. The story focused on a Jawa working in the very Sandcrawler that found R2 and C3P0 after they escape the Tantive IV. His name was Jot, and he’s even short for one of the rodent-like sand scavengers selling their junk to unsuspecting moisture farmers on the desert planet. Unlike the rest of his tribe, he dreams of a life beyond the sand and scrap. 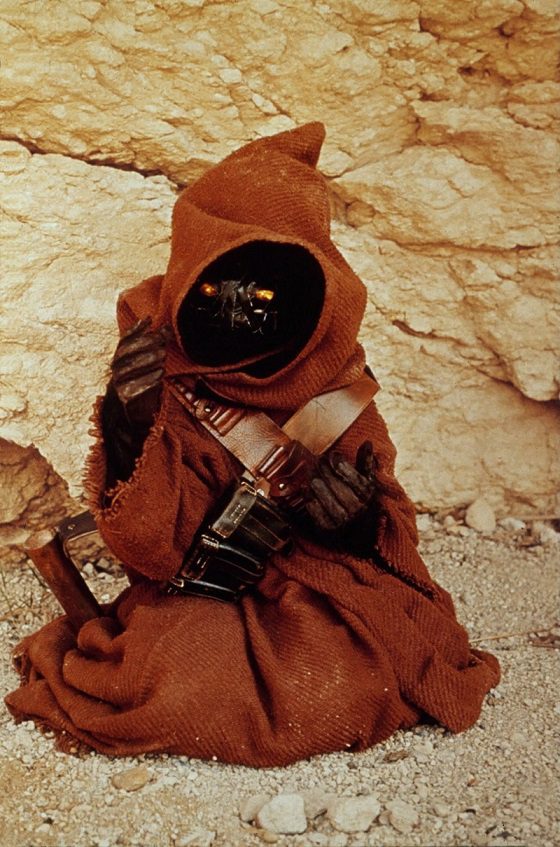 Jot’s contribution to the Star Wars sage proved to be immeasurable when he came into possession of R2’s memory core. Instead of following protocol and wiping the core, he became entranced with the saga of Star Wars as told through R2’s holographic tales. Luckily, the tiny Jawa was a fan of the prequels or else the Original Trilogy would never have happened. Without Jot, R2 never would have remembered his mission and rolled off to find crazy old Ben. Let’s all tip our glasses to this unknown character and marvel in amazement that his contributions went unnoticed for forty years.

This story is a gem that would be my first choice for a remastered scene added to the film if Disney ever chooses to cash in with a Special-Special Edition of A New Hope. Everyone remembers the scene with the destroyed Sandcrawler where Luke flies off recklessly in his speeder to see what happened to the Lars homestead. Kenobi warned him it was too dangerous, but the old Wizard was powerless to stop the young man from trying to help his Aunt and Uncle.

This story focuses on what happened to Obi-Wan as he waited by the Sandcrawler for Luke to return. Few viewers would have thought anything interested happened while the droids created a pyre for the dead Jawas. But Gray has now introduced the brilliant idea that Kenobi communed with Qui-Gon Jinn from the Netherworld of the Force during his downtime. 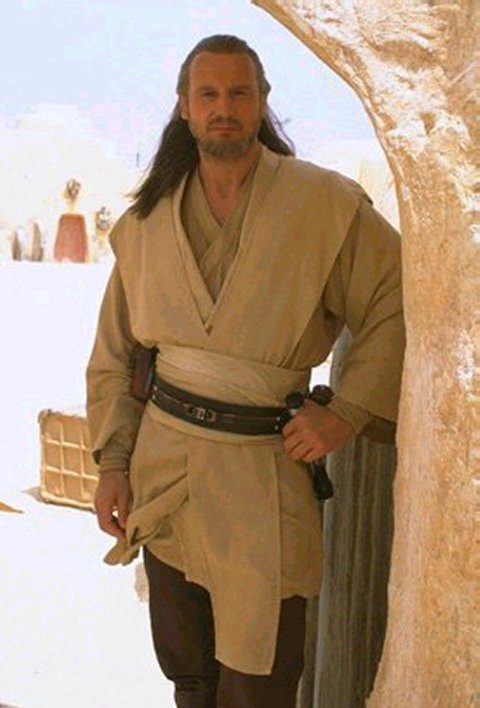 My biggest takeaway from this story was the revelation that even wise movie mentors aren’t always confident. We learned even at this point, Kenobi still felt doubts and fears about his role in preparing Luke to become the savior of the galaxy. Kenobi was lucky that his mentor, who possessed a certain set of skills, was able to find his way back to speak with him before his pressing date with Darth would reunite them once more. It will be amazing from now on to watch the fade away from the scene with Old Ben standing by the smoldering desert crawler and know that only moments later he spoke with the spirit of Qui-Gon.

Can we secure the contracts to film the scene before Liam Neeson has to be digitally remade like Peter Cushing in Rogue One?

Best Extended Cameo: Not for Nothing (Mur Lafferty @MightyMur)

The best thing about reading From A Certain Point of View was that I felt like a fly buzzing around a crowded party to collect snippets of the same story being told by different attendants.

In this fun story, the 7-piece group, Figrin D’an and the Modal Nodes, better known as the cantina band from Mos Eisley, received the book’s best instance of a fleshed out backstory. I loved how the author revealed how the Bith musicians wound up on Tatooine in the first place. Thank you, Mur Lafferty. From now on, I will always re-watch A New Hope and know the musicians playing the same set of notes repeatedly in Chalmun’s Cantina were just trying to earn the equivalent of galactic bus fare to find a world more conducive to sensitive Bith eyes. It was understandable they were eager to relocate. It turns out; they hate sand almost as much as Anakin Skywalker did. 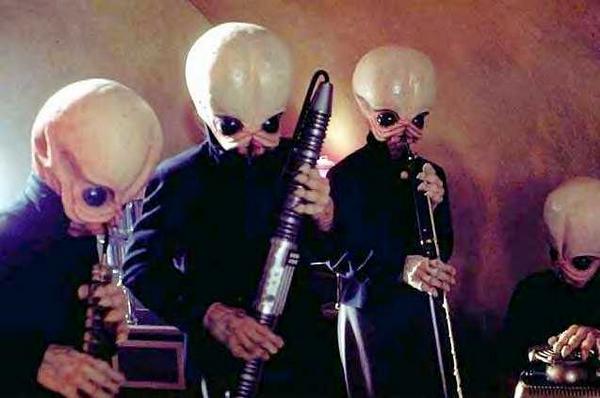 I am not ashamed to admit that I shed a few tears when I learned about the events that transpired on the surface of the doomed planet Alderaan just moments before its destruction. For forty years, Star Wars fans have imagined what it was like for Leia to be forced (by her dad, cough cough) to watch as her adoptive planet was blown to smithereens.

Roux, however, shifted the point of view to a character long ignored in a litany of Star Wars stories: Leia’s adoptive mother. Bale may receive more attention, but make no mistake, his wife Breha Organa is equally a hero. Fans should worry less about why Leia remembers Padme when Luke does not, and more time praising adoptive parents in the Star Wars galaxy. The Lars and the Organas both took in the Skywalker twins without a second thought and treated them like blood. Aunt Beru also received a tributary short story with Beru Whitesun Lars, but Eclipse achieved an iconic status by achieving the book’s primary goal: it gave us a certain point of view from a character we didn’t love until we lost; her story is the one we never knew we wanted but desperately needed. 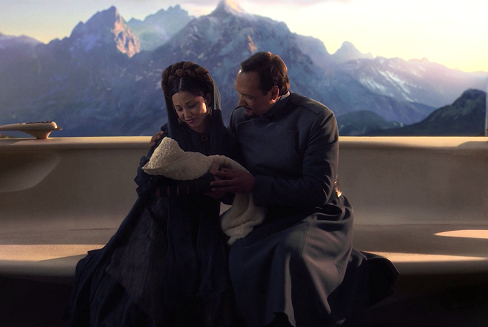 I am glad Breha received this story to show how fiercely she loved Leia. I would humbly suggest this hero deserves a full-length book about her years raising the venerable princess. Knowing the conclusion of her life does not spoil the incredible journey a Breha Organa solo story would certainly deliver. It’s no spoiler to say she died on Alderaan. Fans have known that for forty years. Thanks to Gray, we now know Greha’s last moments were filled with faith that her daughter would live on to continue the rebellion for freedom.

So what do you think of my awards for Star Wars: From A Certain Point of View? Which categories or stories would you add?

I’m sorry I couldn’t specifically address the strengths of all forty stories, but if there’s one you wish to discuss more, find me on twitter @JSandlinWriter! Thank you to the 43 authors who contributed to this charity book. Buy a copy now! https://www.amazon.com/Certain-Point-View-Star-Wars-ebook/dp/B06XZ8WL34/ref=sr_1_1?ie=UTF8&qid=1508707487&sr=8-1&keywords=from+a+certain+point+of+view