Top 5 Things We Need In A Power Rangers Sequel

It didn’t take for long for the producers of Power Rangers to proclaim that they have plans for five additional sequels. While that was pretty ambitious to state before the release of Power Rangers, it may not be a bad idea to entertain. The Power Rangers have a lot of lore that can be explored. After actually seeing the movie and observing some of the foreshadowing referenced in the movie, I thought it would be interesting to list some of the things that would be awesome for the sequels.

If you happened to catch that one line from Rita in Power Rangers, she mentioned that “others will come” for the Zeo crystals. Those others could only imply that bigger and badder enemies await. The sequels could definitely use better villains to help raise the stakes. A notable villain that immediately comes to mind would probably be Lord Zedd.

Not only could Lord Zedd be a formidable opponent for the Rangers, but he could also assist in the revival of Rita’s character. (Who seemingly is only lost and frozen in space for the time being.) Either way, a new villain would also mean that the Power Rangers have to step their game up as well.

One of the best trademarks of the Power Rangers is the fact that when the stakes are raised, they always find some miraculous way to meet the challenge. That could include a variety of things such as new weapons, new zords (or combinations), to possibly even new suits entirely. Seeing the Power Rangers gain new abilities or weapons is a very simple and effective way to keep the interest level high in the sequels. 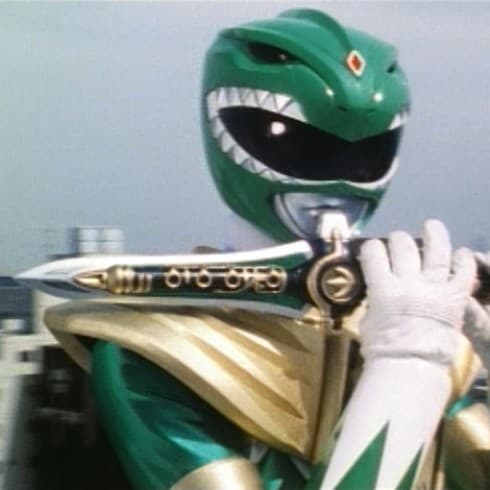 At the very beginning of Power Rangers we’re introduced to the battle that ensued between Rita and the Zordon-lead Power Rangers team millions of years in the past. Unlike the TV series, we finally got some background information on both the characters. However, the movie still left a lot of uncharted territory to be explored. What made Rita turn evil? What was her relationship with Zordon prior to her evil turn? How did she manage to kill those previous Power Rangers by herself? 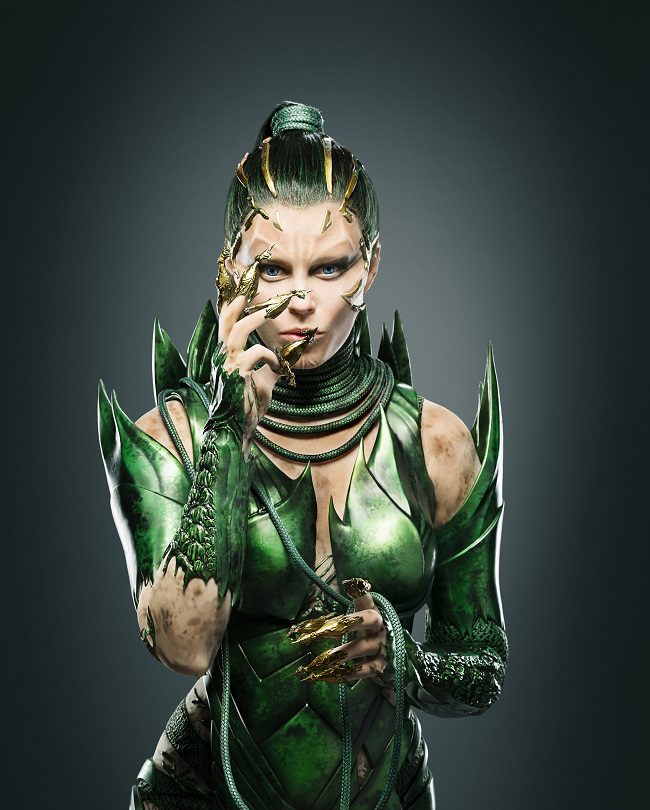 I think that if they followed a similar strategy that Stars Wars did with ‘Rogue One: A Star Wars Story’, this would be a slam dunk. It may not have to be the very next sequel, but maybe the third one or something. The prequel could easily answer those previous questions above, and end right off where “Power Rangers” begins.

A very ambitious move, would be to have us fast forward to a potential future of the Power Rangers. This was a concept already explored in the ‘Power Rangers R.P.M.’ (2009) TV series. It presented the possibility of an evil villain taking over most of the world, and creating a very dark dystopian future.

The current Power Rangers film already suggests that it’s not afraid to entertain slightly darker themes. So this wouldn’t be too far of a stretch. This idea of a dark future could possibly play out in maybe the second to last of the sequels. Maybe towards the end, the Power Rangers find a way to get a message to the past and help save the future. Because you know…time travel always fixes everything.

Matter of fact, if you we really want to go full dystopian and include time travel, we can maybe look to the Power Rangers comic as well. Recently a very interesting plot was being developed in ‘Mighty Morphin Power Rangers’ comics. It involved the Rangers traveling to an alternate dimension.

While in this dark dimension, they come to realize some very disturbing events have occurred. The Earth is in disarray. There’s a huge statue mounted of Rita Repulsa (which clearly isn’t a good sign). What’s even more disturbing is that there is an unknown Power Ranger that is ruling this world by her side going by the alias “Lord Drakkon”. This was certainly a great twist and mystery in the comics, and it would certainly be an excellent addition for one of the upcoming Power Rangers sequels. 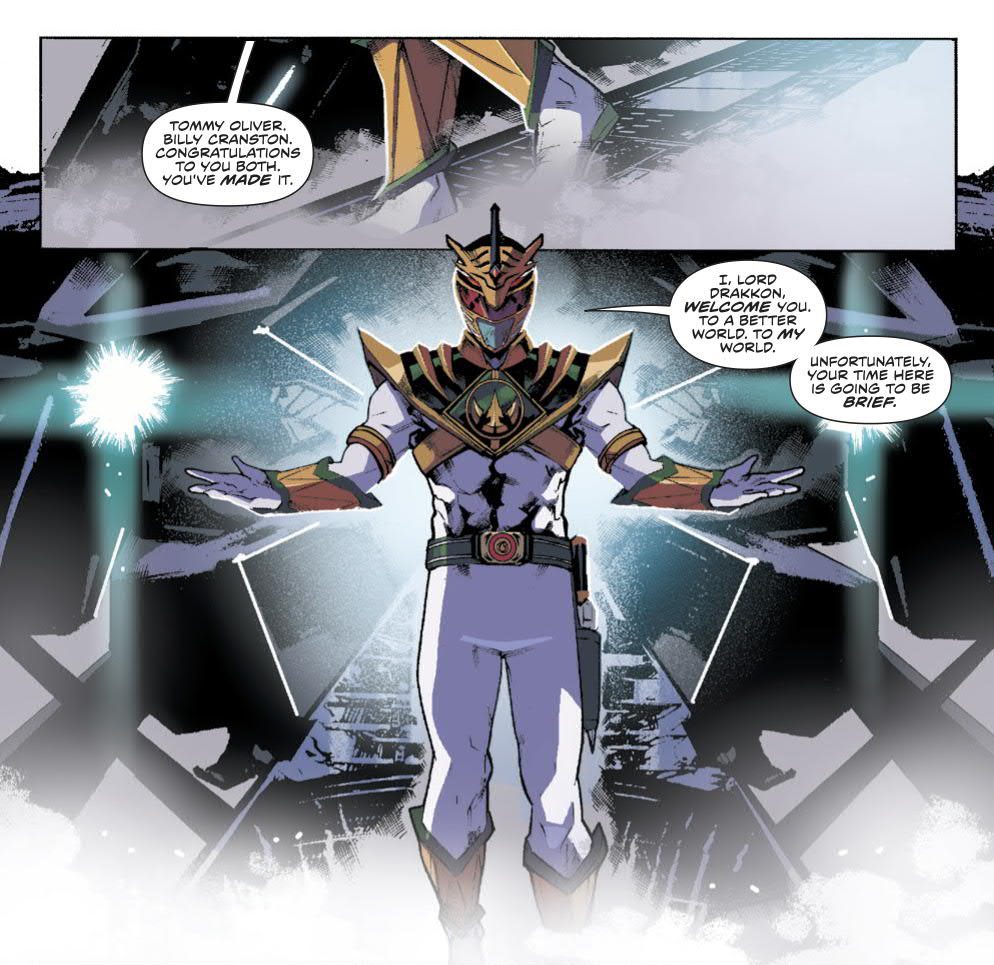 Back in 2013, some attention was brought to the level of destruction and collateral damage levied by Superman in “Man of Steel”. The damage actually fell under some criticism even though it was later defended by director Zack Snyder. Interestingly enough, the same situation came about in “Marvel’s Avengers: Age of Ultron”, except within the movie the characters seemed much more mindful of the level of destruction. Tony Stark even had a relief fund setup for such occasions.

In Power Rangers, there’s a lot of damaged caused by the battle between Goldar and the Power Rangers’ zords. The city of Angel Grove, at least according to this fan wiki page, has a population of about 376k residents. That’s roughly the size of New Orleans, Louisiana. One would have to assume how a city of that size, or smaller, could recover from so much damage. I don’t foresee a Tony Stark’s Relief Fund coming in to save the day.

Now before anyone wants to claim that the collateral damage is not a big deal, because you know…”It’s only the Power Rangers”. I think that this is a totally legit issue now that “Power Rangers” is striving to be taken a little more serious. This isn’t the quirky and cheesy TV show where everything magically goes back to normal by the time the next episode airs. So if this movie franchise seeks to keep its more grounded and realistic tone, it may be worth the effort of addressing the aftermath that the Power Rangers left. Maybe it’ll be a teaching moment to help further bring the team together in future movies. 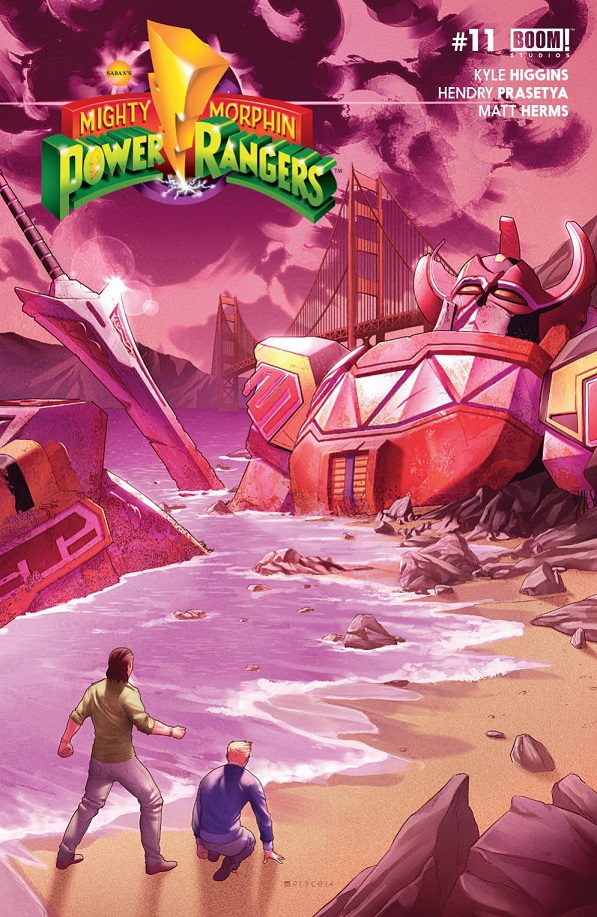 Well this was pretty much a no-brainer. If you happened to stay for the end credits of ‘Power Rangers’, then you already know that “Tommy Oliver” is being setup for the next sequel. When the Green Ranger was first introduced in the first season of ‘Mighty Morphin Power Rangers’ it was nothing short of an epic event. Many of us who grew up watching the TV series can easily remember the Green Ranger saga as probably the most memorable of the entire series. 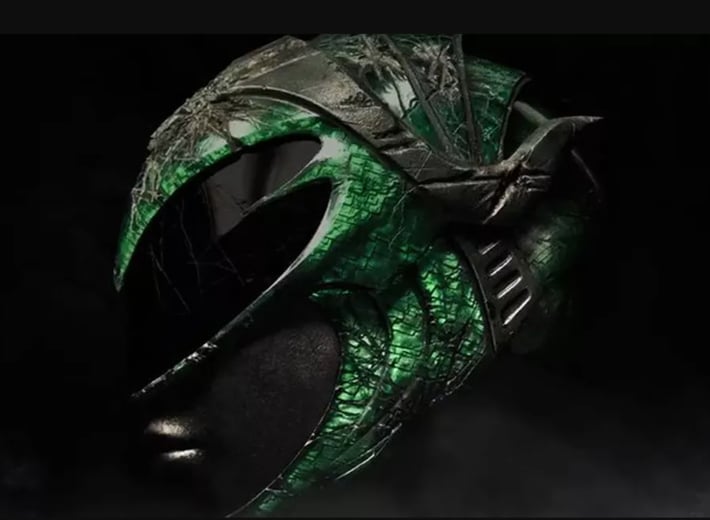 In regards to the upcoming sequel, there are a number of things they’re going to have to get right with Green Ranger. The Green Ranger has to be slightly more powerful than the rest of the Rangers. As you can see in the video above, what made the Green Ranger so awesome was that he was able to break so many of the conventional things that we took for granted. Before he came onto the scene, we never knew anyone else could enter the zords except for the original Rangers. We didn’t know a Power Ranger could fire an energy ball. Heck, the gold shield in itself was an amazing sight to see too. Hopefully the sequel does the Green Ranger character justice, and most importantly, maintain the iconic Dragon Dagger/Flute. Please, for the sake of everything mighty and morphin, no remixes with the Dragon Flute.

Do you agree with these must-haves? Do you have any other suggestions for the future sequels?