2010’s Toy Story 3 ended so perfectly that it was hard to imagine where a sequel would go. Somehow, like they always seem to do, Disney/Pixar has found a way to make us care again. Toy Story 4 turns away from the melodrama and doubles down on the comedy. It leans heavily on its new characters, which were all phenomenal. It was very enjoyable and can stand side by side with any of the previous sequels. At times the more emotional beats felt short and subdued, at things wrap up a little too quick. With that said, this may be the funniest of all four movies, and a worthy addition to the franchise.

Toy Story 4 really hits home about finding happiness in one’s self. It doesn’t embrace the drama quite like the last film but it has its fair share of poignant moments. The movie overall is just so joyful, it helps make the mellower scenes pop that much more; specifically, the ones with Tom Hanks’ Woody and Annie Pott’s Bo Peep. We see bits of it in the promotion but they did a really good job of rekindling that relationship. Tony Hale’s Forky was also a standout, and was definitely not trash. I’m shocked that the beginning bit with Forky wasn’t more annoying but it was funny every single time. His naivety played well of Woody, who is, of course, the elder statesman of the group. 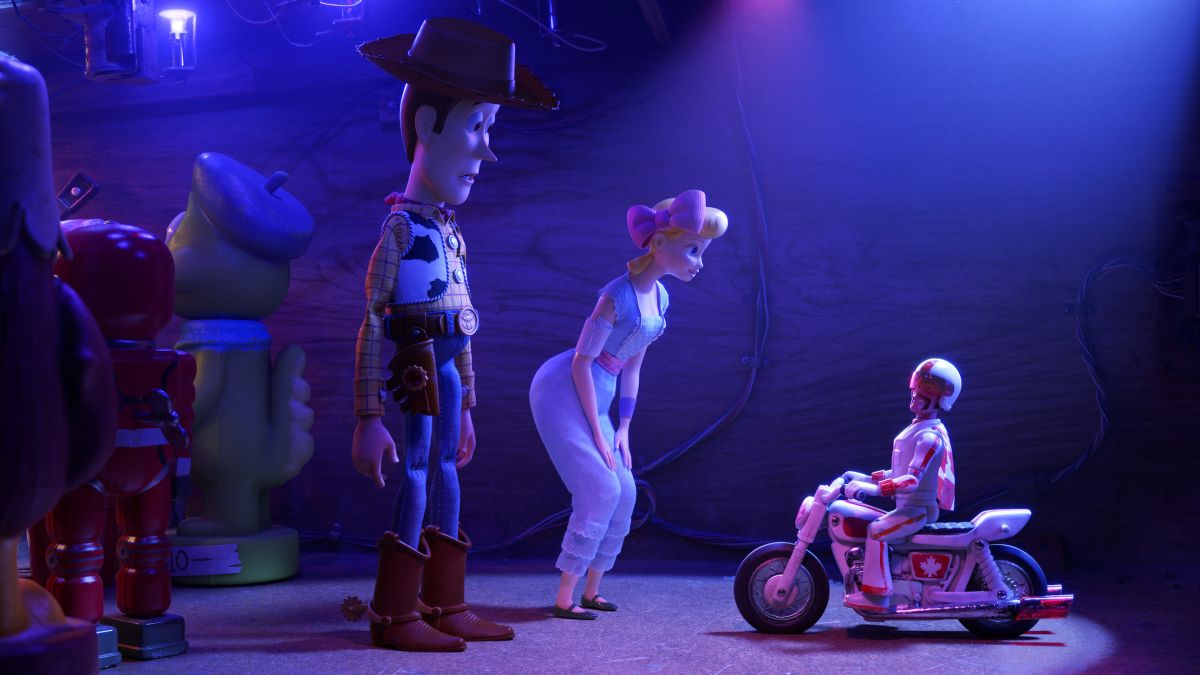 The past films were cute and funny, but the fourth installment really took it to the next level. Jokes were all hilarious and the comedic bits were fleshed out and had great payoffs. Everyone online is talking about Keanu Reeve’s Duke Caboom, with good reason he’s great, but Bunny and Ducky were the real scene-stealers. The plush carnival toys are voiced by the incredibly talented and funny duo, Key and Peele. They have one specific bit that involves them devising a plan that killed every time. By the end of the movie, every word Bunny and Ducky would say had people in tears. The new characters from the last film were delightful, but the new ones in this movie were all stars.

I feel like Toy Story 4 shied away from being too serious to a fault. Like Incredibles 2, it’s predecessor had no problem getting emotional in a kids movie, but in the latest film it is only teased. And because of that, Christina Hendricks’ Gabby Gabby was an ok antagonist but no one was ever in any real danger. The conclusion was a bit underwhelming considering the significance of what happens. Last we saw these characters we were balling our eyes out like someone we loved had passed away, but we don’t come anywhere near that now. It could have been more, but a lighter tone is what Disney/Pixar seem to be going for now.

Also, I think it was a good call focusing on the newer additions, but it’s hard to ignore the original cast outside of Woody and Bo Peep being underutilized. Even Tim Allen’s Buzz Lightyear doesn’t play much of a role in the story. It makes sense why they didn’t shove Andy’s original toys front and center, but it’s also kind of sad.

Small gripes aside, the breath of fresh air route was the best way to go with Toy Story 4. The new characters are set up to be fan favorites and that the ending leaves you asking questions which makes you want to see more. This may not have been the most mature installment or had the most powerful ending, but front to back it was relentlessly funny and was an absolute joy to watch. The Toy Story movie is a must see for the whole family, but honestly, they all are. And that’s what makes this franchise so special.