TRAILER: ‘Dark Phoenix’ Looks Eerily Like A Remake of ‘X-Men: The Last Stand’

Dark Phoenix is expected to be the final main X-Men film before the Disney/Fox merger. The studio has finally dropped a trailer. While it’s been anticipated for over a year, there seems to be one thing we’ve noticed with the first official footage presented to us.

Dark Phoenix looks painfully similar to Simon Kinberg’s previous loose adaptation of comic book saga seen in X-Men: The Last Stand. There are flashbacks of Jean as a child, a showdown in a suburban neighbourhood (another return to her childhood home?) and they even have Jean shacking up with Magneto again in his new mutant community in the backwoods. Magneto again seemingly the primary villain with Jean’s Dark Phoenix potentially working alongside him.

I’m not entirely sure this is the adaptation fans were expecting as Kinberg’s second go on the material but it is what it is.

Check out the trailer below.

In DARK PHOENIX, the X-MEN face their most formidable and powerful foe: one of their own, Jean Grey. During a rescue mission in space, Jean is nearly killed when she is hit by a mysterious cosmic force. Once she returns home, this force not only makes her infinitely more powerful, but far more unstable. Wrestling with this entity inside her, Jean unleashes her powers in ways she can neither comprehend nor contain. With Jean spiralling out of control, and hurting the ones she loves most, she begins to unravel the very fabric that holds the X-Men together. Now, with this family falling apart, they must find a way to unite — not only to save Jean’s soul, but to save our very planet from aliens who wish to weaponize this force and rule the galaxy.
Written and Directed by: Simon Kinberg Produced by: Simon Kinberg, Hutch Parker, Lauren Shuler Donner, Todd Hallowell Cast: James McAvoy, Michael Fassbender, Jennifer Lawrence, Nicholas Hoult, Sophie Turner, Tye Sheridan, Alexandra Shipp, Kodi Smit-McPhee, Evan Peters, and Jessica Chastain

Dark Phoenix is scheduled for release on February 14th, 2019. 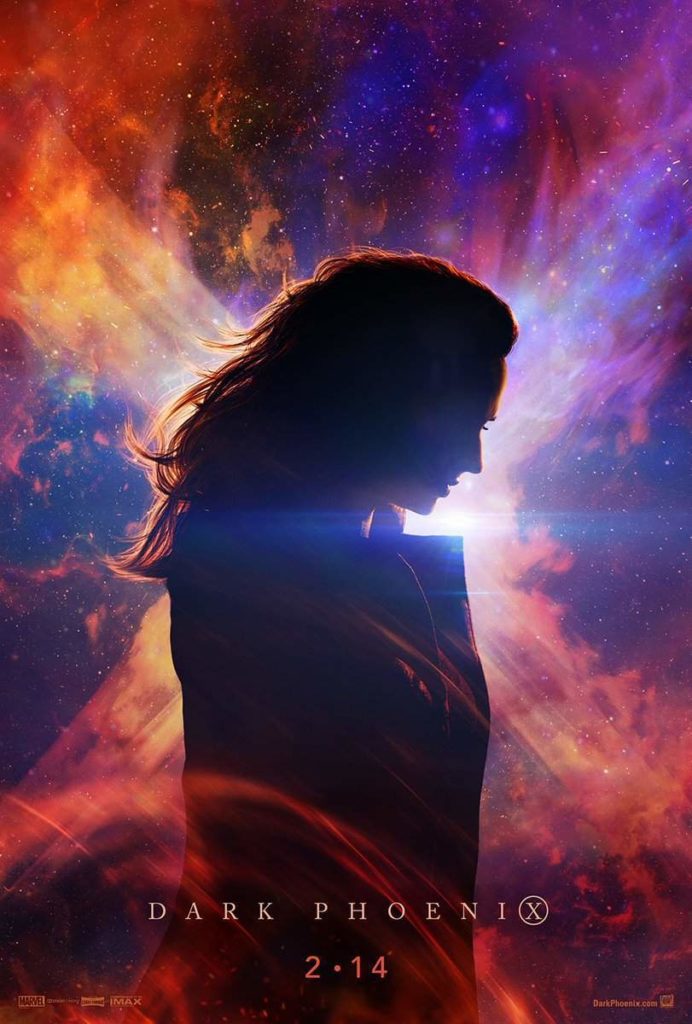