Trying Not to Croak – An Interview With Comics Creator Cody Souza

Josh Long sits down with indie comic creator Cody Souza to talk about his recent comics with Alterna Comics, Croak. They discuss Cody’s inspirations, ambitions, and journey to stardom. If you are looking to start your own venture you don’t want to miss this insightful interview.

Josh Long (Geeks WorldWide): To start, how does it feel to have a hit comic?

Cody Souza: Pretty awesome! I wasn’t sure what to expect when Croak got released. I knew that with it being a digital comic, I would have to promote it more. I’m not a very social person in real life, but social media is free advertising for creators. I took advantage of that and I think it helped!

GWW: Croak didn’t seem to have a concrete ending, is there more planned? 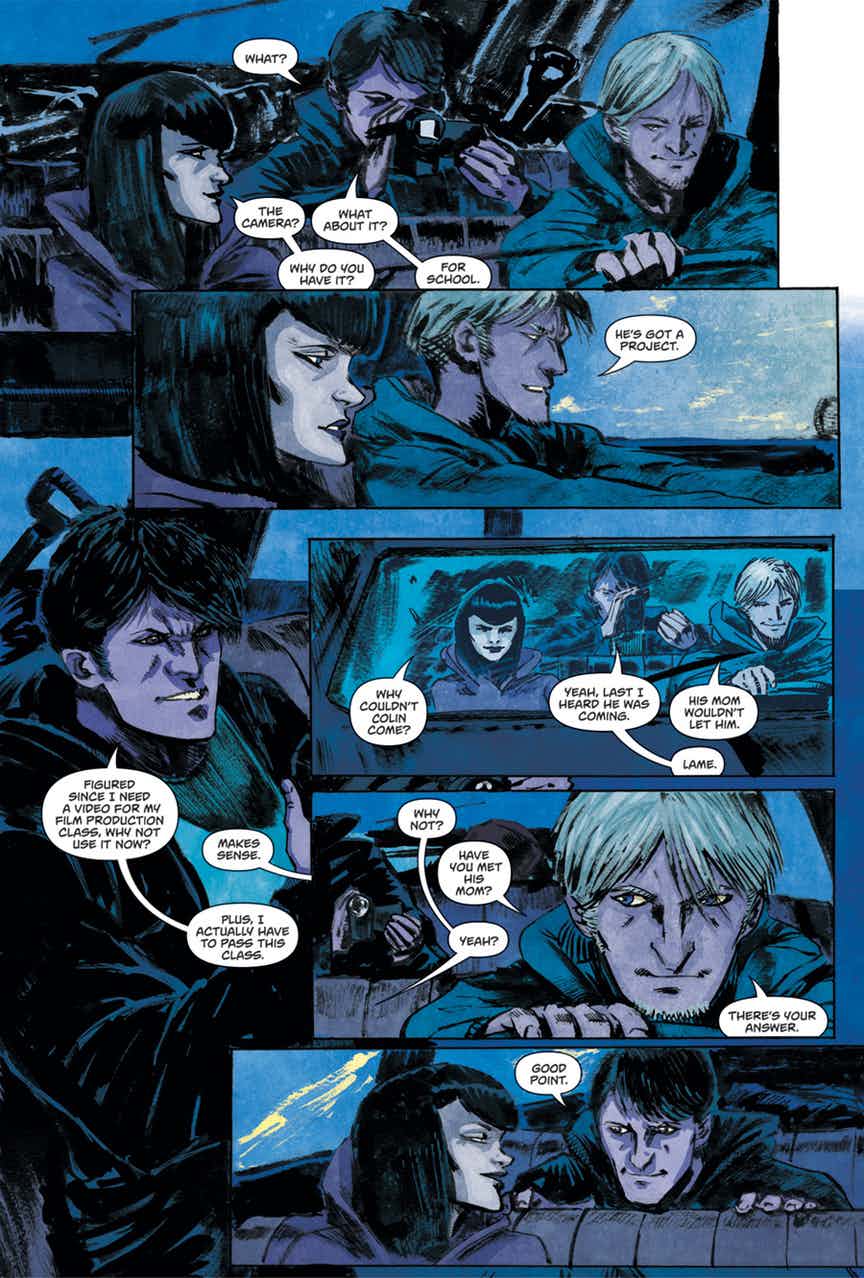 CS: Not right now. I have some ideas of where I’d like to take it. Whether it’s a prequel or straight up, a sequel. When the story feels right then maybe I’ll write something up! Obviously, if there’s ever a film version, I’d need to extend the story a bit which could be fun.

GWW: The old school paper version seems dope. Very fitting for Croak. Is that something you will push for in the future?

CS: If it means comics are cheaper and more people will buy them, then yes. I didn’t grow up reading comics sadly. As a kid, I wanted to, but I had a lot of friends who thought that stuff was “uncool” so I never did. I started picking up trades when I was around fifteen and then jumped onto single issues when DC’s New 52 started up. Whether it was Marvel, DC, Image, Dark Horse, Boom, etc., I was trying to keep up with dozens of books. Some were $2.99 but then others were $3.99 and sometimes higher. The amount I was spending a week would astonish you. I couldn’t keep up with that, especially if I thought the story wasn’t worth it.

Alterna Comics pricing their books at $1.50 and $1.99 is refreshing. I know plenty of people who don’t give comics a chance just because they’re on a budget and can’t afford them. This is a way to get readers on the fence with trying something new to say, “Sure!”

GWW: I’m a Hardcover Comics collector, will Croak get a hardcover release? If so, when?

CS: As of right now, no. Maybe one day! There will be a graphic novel/trade edition out in 2018 though, but it won’t be hardcover. No set date for that just yet!

GWW: Croak was amazing. Have you gotten offers from Image or the other big publishers since Croak launched?

I wish! As of yet, I haven’t. That would be a dream come true, to be honest.

GWW: If you could pick one, which publisher would you like to work with most?

CS: This one is tough. I have to go with DC solely because without them then I wouldn’t be writing these stories today. My first single issue was Superman: Secret Origin #1 and I was hooked on the trades for Geoff John’s Green Lantern run. Also add in the fact that Neil Gaiman’s The Sandman series is my favorite comic of all-time and that’s pretty much why I dream of writing for DC one day.

GWW: Will your next comic be with Alterna Comics?

CS: Yup! It’s actually getting released in the fall of this year.

GWW: What is your next project?

CS: My next one getting published is Sonitus which is the one out later this year. 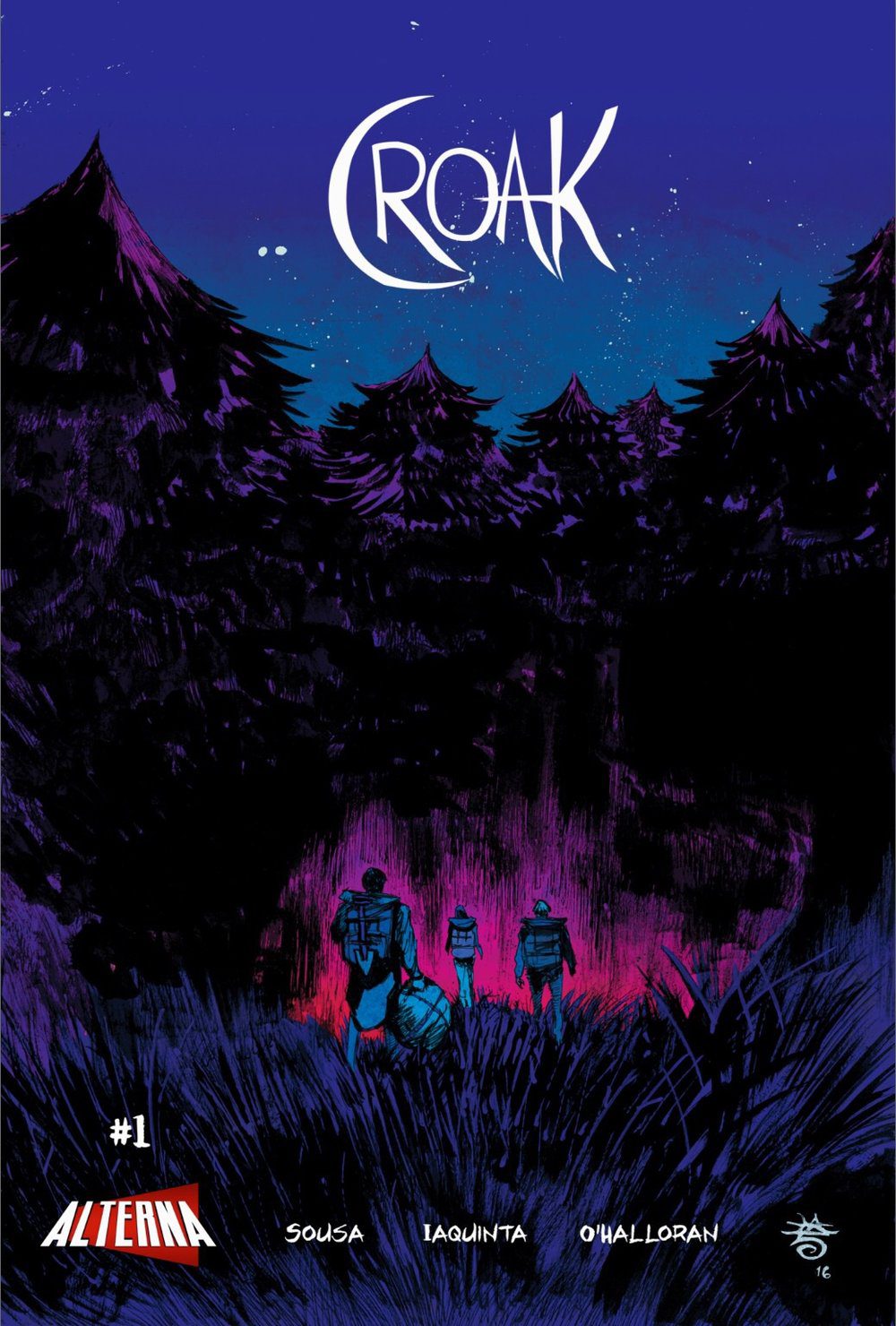 GWW: Is there any details I can get on it?

CS: This one I actually co-wrote with the editor of Croak, Dan Sheppard. Dan has tinnitus, so he has this off and on “buzzing” in his ear. He really wanted to make a comic about that, while I wanted to create a haunted house story. We meshed both ideas together to create Sonitus! It’s a psychological horror miniseries that we’re very excited for!

GWW: The horror theme works really well with your style; will you continue writing horror comics?

I’m working on a one-shot with Dan that’s strictly horror. I’m working on a brand new story with Francesco, the artist from Croak, and this new one is likely the greatest thing I’ve ever written. It’s horror and maybe fantasy? I’m beyond excited about it. I just finished the final draft after a few months of writer’s block.

I have a few other things in the works that I’ll share when the time comes.

GWW: What artists would you prefer of all current artists to collaborate with?

CS: This is a tough one but Bill Sienkiewicz, Francis Manapul, Cliff Chiang, Fiona Staples, Dave McKean, Greg Capullo, Esad Ribic, or Daniel Acuna. There’s plenty of others I’d love to work with but I don’t want to list hundreds of artists.

Also, Todd Klein. If I could have Todd Klein letter any of my books then that would be incredible!

GWW: When can we expect art and promos for your next project?

CS: You can follow Sonitus on twitter at @SONITUScomic where I’ll be posting images as we get closer to the release. I’ve shared a few things on my personal account @WhyImCAS as well so make sure to keep an eye on both to see more!

GWW: What led you to writing comics?

CS: Like I said, I didn’t grow up reading comics but the second I got into trades, graphic novels, and single issues that’s when I knew.

GWW: How did you get started?

CS: I used to work with a buddy of mine, and then we joined a group of people who wanted to make comics of their own. A lot of drama ensued and it was ridiculous. Friendships were ruined and at the end of it all, nothing got done.

I decided to focus on school after leaving that group and got my Bachelor’s Degree. I had actually gone to New York Comic Con 2012 that year and Geoff Johns was the one who told me to go back to school. I finished my BA in a little less than two and a half years. After that, I decided it was time branch into comics. Francesco and I worked on a short comic that has yet to be published and then Croak, which was previously intended to be a short film, became our next venture.

GWW: I have my own aspirations for comics I’d like to follow your successful lead.
How much did you earn from Croak?

CS: Not sure if I really want to share that. Comics are a lot harder to break into than people realize. To succeed in comics then you have to be willing to lose money to reach your goal. You’re not going to make thousands and thousands right off the bat. That’s the reality of this.

When it comes to how much you earn, it depends obviously on the sales of a book but Jim Zub (Skullkickers, Wayward) has written a few blogs about it. I would definitely recommend checking out what he has to say because he goes in depth with it.

I remember reading an article where Sean Murphy (Punk Rock Jesus, Tokyo Ghost) talked about how much an artist makes. It really opened my eyes to the business.

Also, keep in mind that you have to pay the artist, colorist, and letterer. That’s not including how much it cost for printing either. Luckily Alterna is really helpful with making sure creators get a fair share of the profit of the book.

GWW: How much did printing cost?

CS: It all depends on the paper. It cost me around $3.20 per copy when I was printing them out to sell at cons. Now you can imagine why some books are so expensive or why it’s hard to get people to read your indie book.

When you’re at a con and selling your book for $5, it’s going to be an uphill battle. No one walked into the con with the plan to buy your book. They likely will have no idea who you are so you have to push yourself to get the sale. Lucky enough or me, I did well at my first convention, which was Boston Comic Con 2016. But I know plenty of creators who sit at their table and make zero effort to talk to the attendees. They’ll complain about how no one is buying their book, but you have to put in the effort.

Also, don’t price your stuff so high. I would sell Croak #1 for $5, but that would come with a sticker and Croak postcard. You won’t make much profit in the grand scheme of things but at least they walked out of the convention center with your book in their and.

That’s worth it to me.

I will say this though; newsprint comics are much cheaper to print which is awesome! The cheaper the printing, the cheaper one can sell their comic and the likelier chance of someone who has no idea who you are buying it.