Hey, would you look at that? A continuity piece by me! That’s new…

The Twelfth Doctor, alongside Sonny and Val, the creators of “the Time Surgeon” comic series, landed on a planet once the hive of imagination, and intellectual discussions. Now, the planet has been taken over by strange, blobby creatures who call themselves…wait for it…the Mindmorphs.

Because they morph minds?

We start off where part one ended with a Mindmorph attacking the Doctor, and sifting through his mind. A quick blast from the sonic screwdriver from Sonny, and the Doctor is freed, only for all three to run into a mob of all of the Doctor’s past foes. The Masters, Zygons, Morbius, Scaroth, Cybermen, Sontarans, Ice Warriors, Menoptra (who aren’t really villains, but they are alien creatures), and so on, and so forth. It was quite amazing to see all these villains, past and present, making a drawn cameo in this comic (all drawn wonderfully by the talented Rachel Stott).

But they aren’t really there, as the Doctor assures his new pals. They are merely projections made by the Mindmorphs from what they have taken from his mind.

While they used a slight form of imagination to try and scare these three travelers, the Doctor knew of the might of the human imagination, especially when that imagination was amplified from comic book creators. Sonny and Val, using technology the Doctor snagged from the remaining survivors of the planet, defeated the Mindmorphs by conjuring up all sorts of powerful creatures from, undoubtedly, comics they have read and/or created themselves. One final blast from the sonic screwdriver to tamper with the Mindmorphs’ technology, turning them into empty shells, and returning the minds they had stolen, back to their original owners. All is well, as is the nature of Doctor Who…well, mostly, but this time it is.

The story was well written and wrapped up nicely. It may have included a big, bad alien monster, but it was more about the characters pf Sonny and Val. They were at odds, and not truly working together. However, when fighting against the Mindmorphs, they realize that they are a team, and what they do needs a collaborative effort: and they start with taking down the villains. This battle brought them closer together, realizing they needed each other, and that they truly loved each other, something the Doctor was hoping would be rectified. Although, the Doctor wasn’t quite happy when the two of them began making out in his console room at the story’s end. Will hanky-panky stuff ever be accepted in the TARDIS by Mister Grumpy? Who knows? 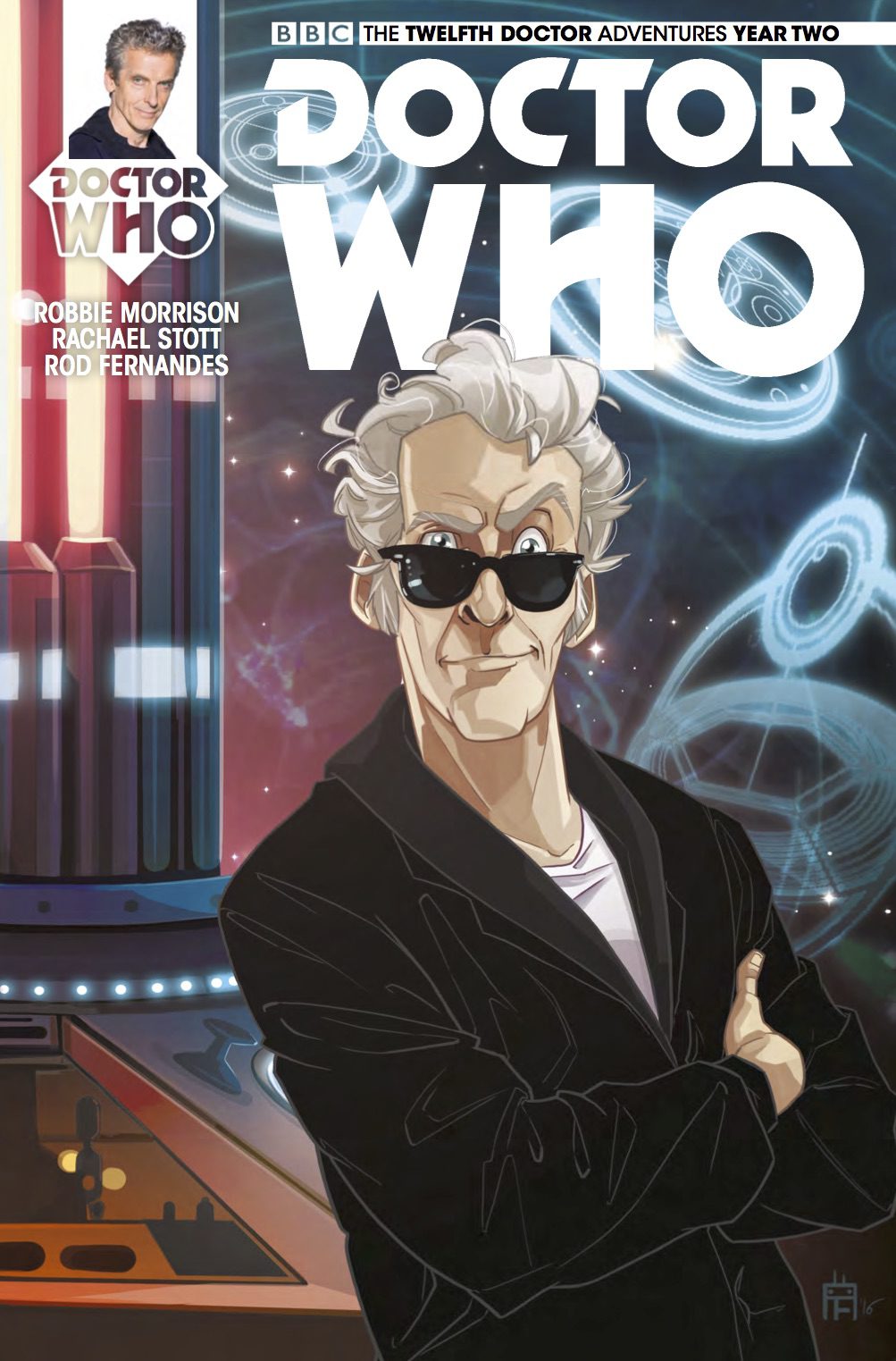 Now onto the art. The art was fabulous as ever. The team up of Rachel Stott and Rod Fernandes strikes again as well drawn pages are brought to life by an incredible use of colors. The best part – for me at least – were the panels displaying the multiple villains from the Doctor’s past. Not only were they drawn well (I mean, I could tell who/what they all were in an instant), but since there were so many of them, there were many colors, and Mister Fernandes did a wonderful job of making each character pop, so that each villain would get their moment in the spotlight from the reader.

And now I leave you with an awesome Variant Cover that I thought was adorable! This was drawn by Arianna Florean.