Game streaming is a service offering that has had a difficult time gaining traction. Several organizations have tried, including Sony with their PlayStation Now service, which caters to the Sony faithful. Past services have tried, with limited success, to create a strong market for streaming. There are many challenges including marketing or messaging as well as bandwidth. Also, many gamers that are entrenched well enough into gaming already have a gaming setup – other gamers just aren’t getting the message that these services exist. Regarding the challenges, bandwidth still is an issue for folks that do not live in or near major U.S. cities. Utomik as well as Microsoft’s recently announced Xbox streaming service, try to solve this problem by allowing users to download the games. Disk space is cheap whereas powerful GPUs are not. Utomik reached out to us and offered this opportunity to preview their service while it’s in beta. The following is my impression following a few days of use.

The UI is smooth, accented well with deep blacks that allow the game images to really pop. After a few minutes you get used to the navigation – inherently there isn’t a simple way to slice and dice a library of games (digital or physical). The UI has a cool and professional feeling to it. After a brief Internet connection test, the application prompts you to sign in and then opens to a massive library, with filters by popularity, new releases and key genres. The artwork for the games are all of high quality and it feels a lot like the old days of strolling into Blockbuster and picking a game to rent based on the box-art. It’s a great sensation to be able to play any game following a few clicks and buffering.

Have you seen this:
Torchlight 3 Launching October 13 For PC, Xbox One and PlayStation 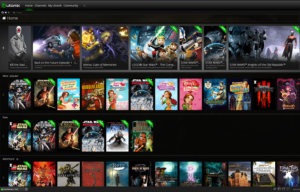 We were first contacted by Utomik’s PR agency in mid-February. What caught my eye is their Star Wars collection, which features several titles I already own, but haven’t played in years. These titles include the usual suspects: Knights of the Old Republic, Battlefront, Empire At War, etc. When I think of game streaming, I think of nostalgia and the old games I can no longer play easily. I recall in early 2016 I purchased Dark Force II on GOG and it wouldn’t work at all. I then picked it up on Steam and had similar issues. The only way I was able to play it was to rip my old CDs and mess around with DOS-box. This is not ideal. Utomik represents an opportunity to play old games that are already configured on their PCs (servers) and distributed to you via the Internet. This does mean you’ll need a persistent Internet connection to play these titles. So you can’t play while you’re on an airplane, for example. Well, at least not on all airliners as most don’t offer high-speed Internet.

There is, however, something else that Utomik offers in terms of library: newer games! Yes, it’s true. While the selection isn’t vast (yet?) the current library is a solid proof of concept that modern games are playable via a streaming service. Those modern titles aren’t exactly exciting but, again, it’s a proof of concept. Some of the modern games include Darksiders 2, Borderlands, and Bound by Flame.

Oh, and there is one more thing about the library I have to mention: indies. Lot’s of indies. In fact, probably 70% of the titles are indies. I’m all about that in this environment. Indie games tend to be shorter and more accessible. Implying you won’t be paying a monthly fee only to sync 3 months into a game like Skyrim. Instead you’ll play Kittypocalypse for a week and then Pilot Brothers. Did you like Pilot Brothers? Then try it’s two sequels. Brilliant. 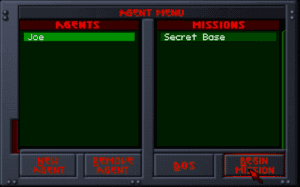 Naturally, the first game I played was Dark Forces. I’ve had no issues playing my old CD-ROM copy of Dark Forces because of my history with DOS. I have been comfortable installing and configuring DOSbox as well as creating images of my old CD-ROM. But let’s get real for a moment: most consumers don’t even have CD-ROM drives and their old CDs, if they own them, are probably scratched and damaged. Upon clicking the play button, Utomik immediately launched DOSbox with all of the proper configuration, including mouse support.

What makes this streaming experience different is a little trick: the game you are playing downloads to your PC – sort of like buffering a Netflix movie. And it does it as you play so you don’t even have to deal with downloading the whole game before you can start playing. You don’t need a beafy PC to play the games on beafy settings; but you do need high-speed Internet.

Utomik is in open beta with a free 14 day trial. Then you’re up for monthly fees starting at $5.99.