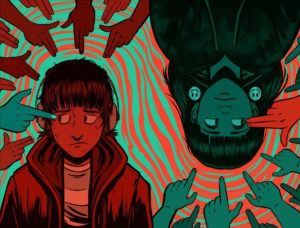 “FINGER GUNS is a deceptively brave story,” says Vault Editor-in-Chief, Adrian Wassel. “It’s about kids, who have the strange ability to point their fingers at people and—bang—manipulate their emotions, but it is not a story for kids. FINGER GUNS handles some heavy themes and tough imagery with such a deft touch you could almost miss it—almost. You’ll see a young white kid running around blasting people with a finger gun that makes them powerfully angry. You’ll see a young girl of color firing a calm gun to stem the chaotic tide. You’ll see these two become friends—support each other, learn from each other, and even hurt each other, in equal measure. FINGER GUNS is a book about emotional maturity, what it takes to grow up, how few of us actually do, and the importance of harnessing compassion in an age of selfishness. Like I said, it’s deceptively brave. You’ll have so much fun, right up until you feel the tears welling.”

“I had a dream that I could control emotions by pointing a finger gun at someone,” says writer Justin Richards. “This happened right as I was trying to decide if writing comics was a career I was capable of pursuing. I woke up and thought, “Okay, what did my brain just give me to work with? Did it hand me a masterpiece filled to the brim with brilliant plot twists and subversive narrative threads, the likes of which no one has ever seen? No. It gave me Finger Guns” 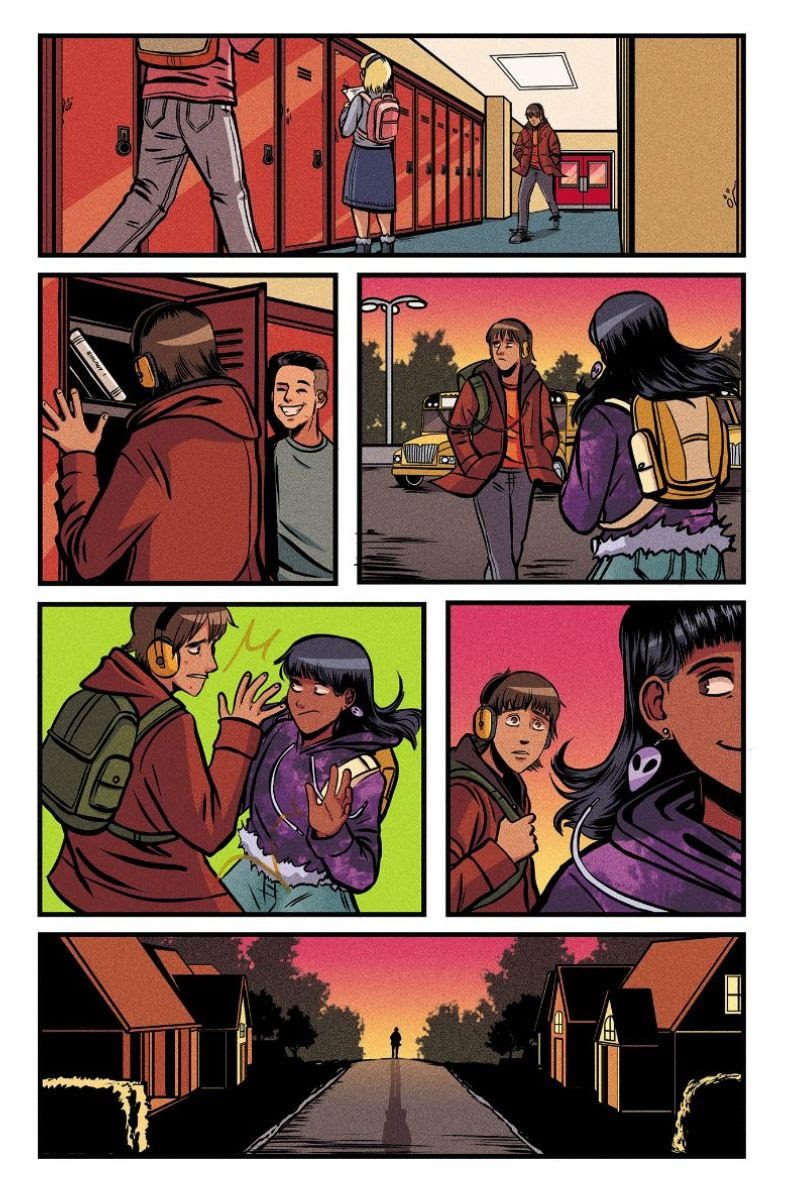 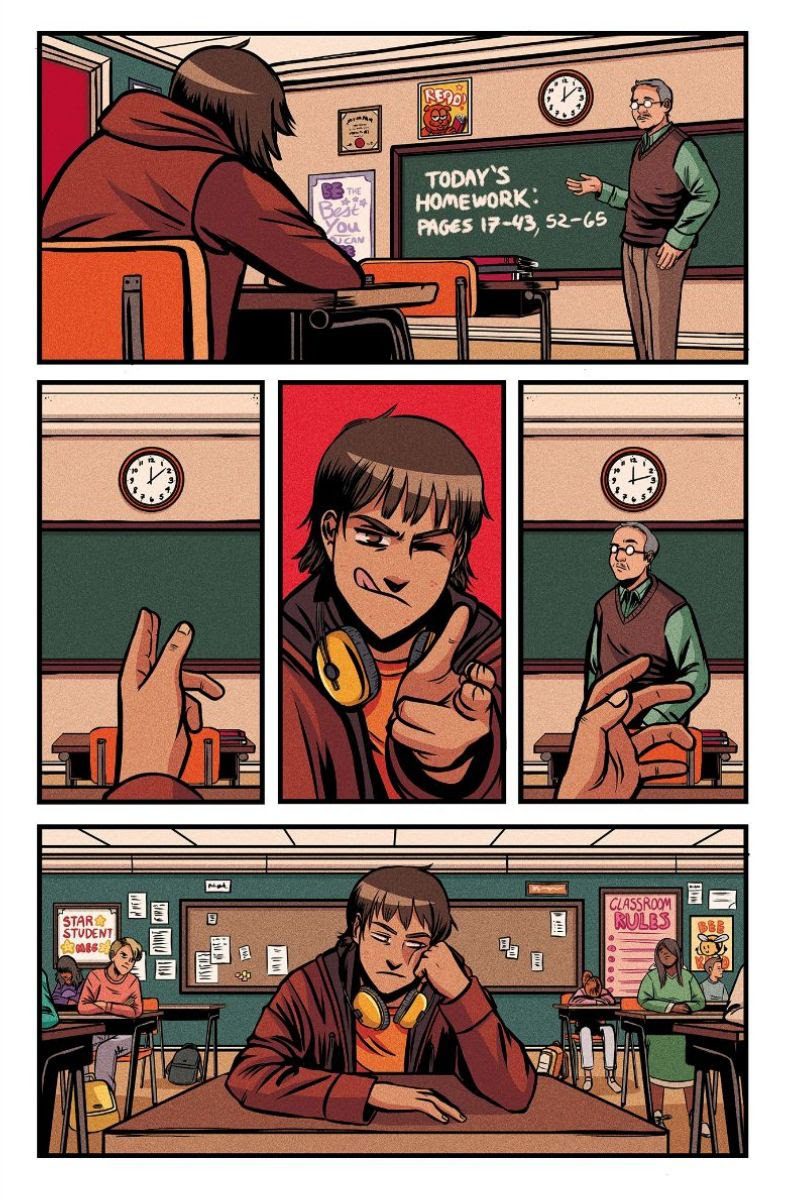 “As someone who battles with depression, I’ve always felt like an outcast—and this was no exception,” adds Richards. “I felt like my dream about kids with emotion-manipulating finger guns was proof that I didn’t belong in the writing industry. I felt embarrassed to tell anyone about it. It took a while, and the help of some friends, to realize I wasn’t alone. Not only was I not alone, but that painful sense of loneliness could be powerful—if explored.”

“When I first read the script for FINGER GUNS, it instantly clicked,” says artist Val Halvorson. “It took me back to when I was younger, trying to navigate through the ups and downs of being a teenager. I’m a recently transitioning trans man so I’ve been thinking about that time quite a lot recently, considering I’m currently going through a puberty I never got to experience back then. So as you can imagine, as a music loving sad boy going through puberty 2, I relate to the character, Wes, a great deal. There’s just something so real and timeless about this story that I really appreciate. It feels nostalgic, even though it takes place in the present, but it never pulls its punches or sugar coats what it’s like to grow up.” 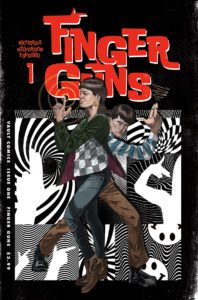