In a move that directly contradicts previous statements made by Marvel Studios Chief Kevin Feige, Sony Exec Amy Pascal told a reporter (sitting next to Feige) that the upcoming Venom film and the Black Cat/Silver Sable film that Sony is developing will have a connection to Spider-Man: Homecoming and by extension the MCU. 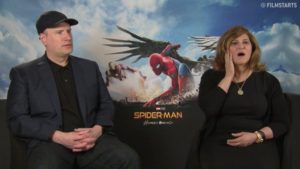 Pascal told the interviewer for FilmStarts that “Both movies will now take place in the world that we are creating for Peter Parker.” Pascal explained. “They’ll be adjuncts to it, they may be different locations, but it will still all be in the same world. And they will be connected to each other as well.”

When asked about whether or not Spider-Man: Homecoming‘s Tom Holland will appear or be referenced in either of the films, Pascal was optimistic in saying “There’s always a chance.” 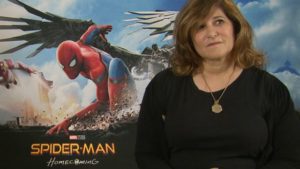 The relationship between these two studios has always been tentative where Marvel’s flagship character is concerned. With all of the back office dealings and compromises made on both sides to get Spidey into Civil War in the first place, it continues to be a mystery to fans about who is really in control of the situation. 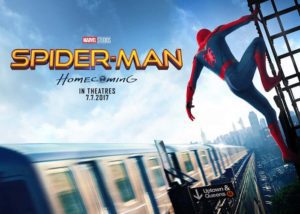 What is also confusing about this situation is that it seemingly shows that Marvel Studios and the MCU may not be the well-oiled machine that we are led to believe they are. Between being outmaneuvered on the Spider-Man spin-off issue and the incomprehensible, bordering on ridiculous wishy-washy stance we keep getting about the supposed “connection” between the movies, television and Netflix shows, it is wonder if anyone has an actual plan for the “Universe” part of the Marvel Cinematic Universe.