Tonight is the series premiere of the FX series Legion. Based on the Marvel Comics character, Legion follows David Haller, a man with schizophrenia who also finds out that he is a mutant. The trailers and pictures available to view online have shown a stylized feast for the eyes and I wanted to know more about the vision that brought this world to life. 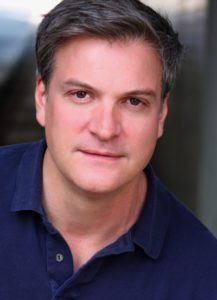 I got to interview Emmy-Award winning Production Designer Michael Wylie about the challenges and triumphs involved in crafting this new vision of the X-Men universe.

Deron Generally - What were some of the challenges in designing a world that seems to straddle the line between reality and David’s heightened sense of it?

Michael Wylie - The most important part of that equation was to try and leave out the REALITY part.   The heightened reality is what we want to portray.  It was Noah Hawley’s idea to make this show seem subjective.  We need to see the world thru David’s eyes. So to make sure that we as an audience get as messed-up by the world as David does we needed to create a reality of our own.  Our WORLD.  There are no cars. Not a lot of telephone conversations.  Rooms are different every time we go into them.  It’s meant to be a mindfuck. 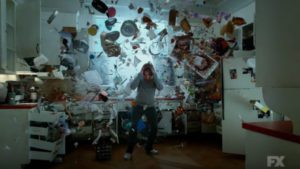 DG - What’s it like to have creative freedom in set design on such a high profile production?

MW - I do not have creative freedom but, rather, I work in collaboration with a LOT of other people on this show who are as committed to telling a visual story as I am.  Noah has a lot of very specific ideas and he has an amazing eye for design AND those ideas are in the screenplay.  Dana Gonzales (DOP) tells an incredible visual story and that requires a lot of help from the art dept.  He needs windows in certain places.  He needs to hide lights.  He thinks one color might be better than others.  He wants shots to move from room to room in a certain direction.  It’s a collaboration. 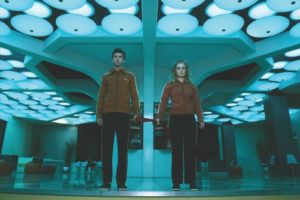 DG - Will we see your interpretation of classic X-Men locations like the mansion or the Danger Room?

MW - No.  This show stands on its own for the most part.  We are not really a part of the X-Men world. We are like a distant cousin or related by marriage thru several divorces. 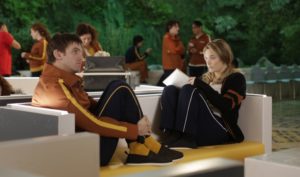 DG - When you’re designing a production, do you add a personal item or design element? Do you leave a unique signature on the design?

MW - Yes!!  I’ve never read the Production Designer handbook but I think it says something about subjugating oneself in order to serve the character.  Okay, fine .  But I like to throw my personality into sets. I have a thing for mismatching or clashing.  I also love to mix styles of furniture.  There is also an abundance of circles in everything I do.

With all of that said I really do try to serve the character first.  Someone once told me two important things about production design. The first was that the designer is a writer. We create pasts that do not exist on the page.  The other important thing was that a production designer’s job is to manage everyone’s disappointments.  If something cannot be achieved or afforded by either time or money, it is my job to come up with SOMETHING to soothe the rampant sadness. 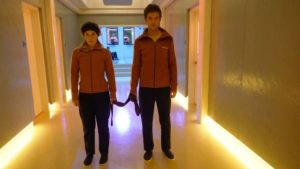 DG - What would you consider to be your “visual style” when designing a production?

DG - Are there things that viewers should look out for in the production design or in one of the sets? 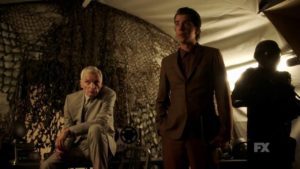 One is never meant to notice production design.  The audience is meant to experience it.  When you NOTICE something it takes the viewer out of the story.  Not good.  Enjoy the experience.  Feel it. Don’t look at it.