It’s been a decade of amazing stories, breathtaking animation and thrills from the DC Universe of animated features and New York Comic Con will feature some of the stars and producers who have brought these ground breaking stories to life. 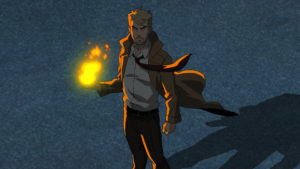 The entire collection of DC animated features is available on Digital and will be coming in a limited edition boxed set soon from Warner Brothers, but the stars and producers from some of the 30 animated features will be part of a commemorative panel at New York Comic Con October 5th celebrating their work.

The DC Universe Original Movies: 10th Anniversary Collection panel at the Javits Center will feature executive producers Bruce Tim, Alan Burnett and Jim Krieg as well as many of the voice actors who bring these characters to life including Kevin Conroy and Jason O’Mara, who have both voiced Batman in multiple features. John DiMaggio, who voiced Joker in Batman: Under the Red Hood, Tara Strong, the voice of Batgirl in Batman: The Killing Joke and Vanessa Marshall who has voiced Wonder Woman in multiple features. 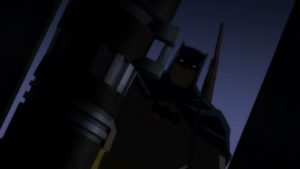 The DC Universe Original Movies: 10th Anniversary Collection is currently available on Digital and will be available in a limited series Blu-Ray box set November 7th. Get your pre-orders in now.