What if Scarlett Johanssen wasn’t in Ghost in the Shell?

Short Answer: a lot of fans – arguably – would be happy.  They’d be ecstatic, right?  What with all the whitewashing of an established Japanese character, not to mention the grotesque whitewashing of obviously Asiatic characters played by blatantly white people in films past. Look back at Goku in Dragonball Evolution, or Aang – and many others – in The Last Airbender. Even Ben Affleck and Keanu Reeves are guilty of this. Affleck played a Hispanic in Argo, and then went on to win an Oscar, and Reeves played a half-Japanese samurai in 47 Ronin.

However, people hated everything about Dragonball Evolution because the story sucked, the acting sucked, the character designs sucked; everything sucked. In Avatar, fans loved it not only because of the story, but it was one of the few TV cartoons where you actually see a diverse cast at the forefront of the story, even though the voice cast was largely white. To see it get so completely whitewashed on the big screen became a slap in the face to its massive following. And as far as Argo is concerned, nobody cared about Ben Affleck’s portrayal of a Hispanic man because it’s Ben Affleck, and I’m pretty sure no one realized his character was even Hispanic. He won an Oscar for it, and then he became Batman. As for Keanu, well, he got off lucky because – 1 – the movie flopped hardcore because – 2 -nobody knew or cared, and people still love that guy.

People also love Major Motoko Kusanagi, the main protagonist in the legendary anime series, Ghost in the Shell.  For those that don’t know, the premise of Ghost in the Shell revolves around the Major and her many exploits in life as an elite special agent for the Japanese cyber counter-terrorist covert ops group, Section 9.  Most of the issues the series specifically tackles revolve around identity, what it means to be alive, and how the melding of technology with biology have pit the redundancies of having a personal, unique identity against the struggle to maintain one’s individuality.  For primarily being an action anime, the entire catalog to this day is refreshingly and satisfyingly cerebral.

So when a live-action Ghost in the Shell was announced as a Hollywood adaptation – emphasis on adaptation – it was a given that there would be a polarizing response. Rightly so, when you accept that the Major is undoubtedly a Japanese character and casting action film star, Scarlett Johansson in the lead role would draw unprecedented criticism from fans and SJW’s alike. Many outspoken critics had one particular casting choice in mind; Rinko Kikuchi. Now, I have nothing against Rinko Kikuchi and, given a smaller budget and less pressure to perform at the box office, I think she would have made a fine choice, but – and I know a lot of people won’t agree with this, but you’re not movie financiers – when so much money is on the line to create a film that could potentially become a sequel machine for years to come, it makes sense to cast the biggest female action star in the world. 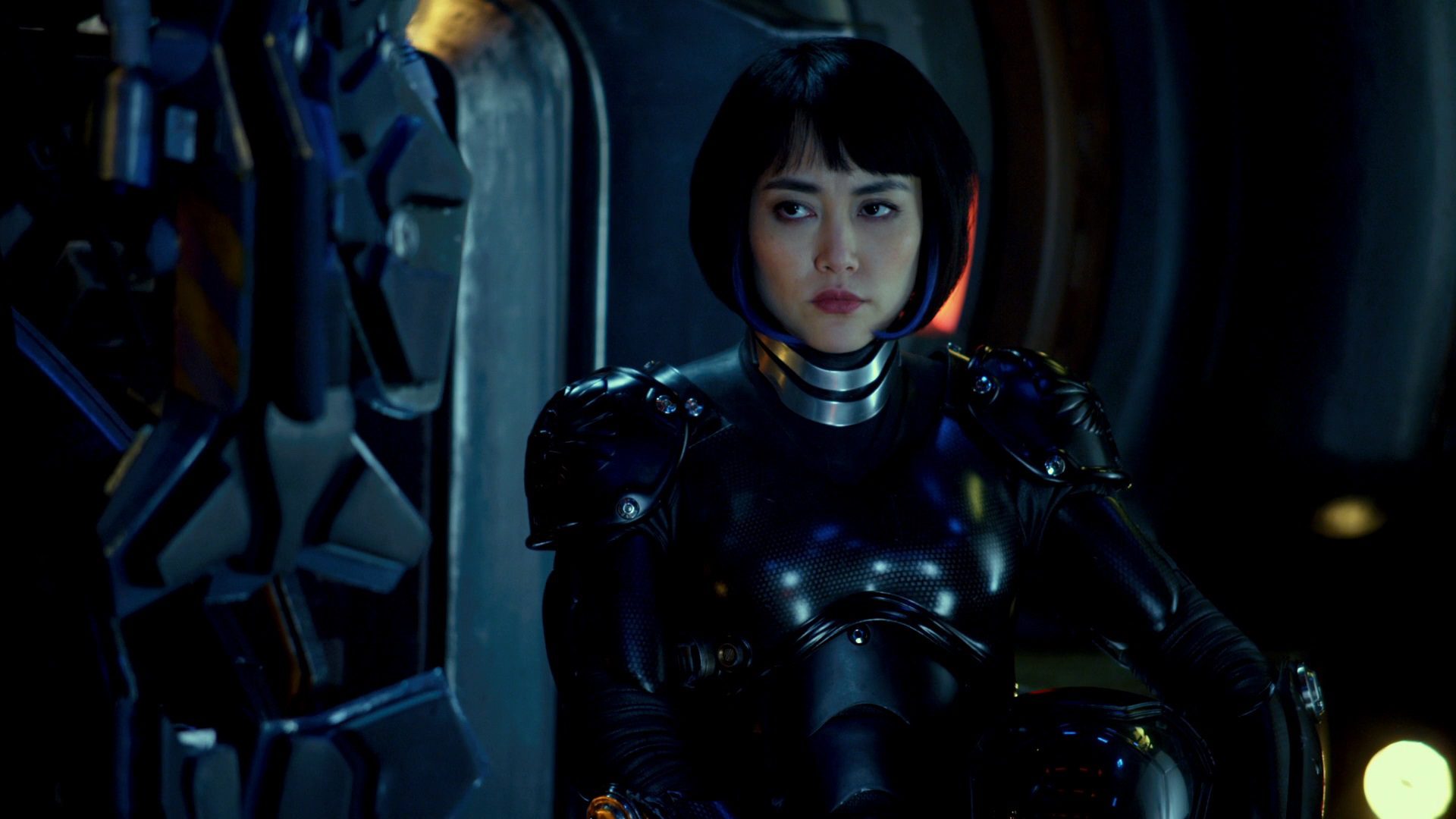 Aside from this, I am heavily irked at the lack of alternative casting choices coming from the internet, and to this day you’d swear everyone thought Rinko was the only Asian actress they’d ever heard of up to this point. And she very well may be considering she was a major character in the widely loved Pacific Rim, and the fact a simple Google search only brings up two lists of Asian actresses who could do the role justice. If we’re going with a major casting choice based off one basic resume entry, why not go with an Asian actress who has actually utilized martial arts in a film or series. Someone like Elodie Yung, or Maggie Q, Michelle Yeoh, Rila Fukushima, Julie Estelle, Kaede Aono (who actually played the ARISE version of the Major in the Japanese theatrical version); the list goes on. Or is it that important that the Major only be Japanese considering we don’t even know where the story takes place? 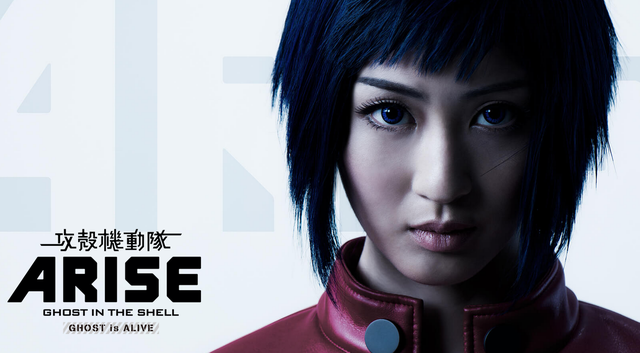 I can keep going but let me get to the point of this entire article; what if ScarJo passed on the film? Think about it. Would the internet be mad anymore? Absolutely not, except for the possible fact she was ever offered the role in the first place, but we hear nary a mention when Margot Robbie was offered the role. Think of the audacity that a multiple million dollar Hollywood production would ever crutch bets on the shoulders of the most popular and successful female action star around. If the world of Ghost in the Shell didn’t lend itself to such a high level of fluidity in order to adapt, then yes, there would easily be a reason to backlash, but not as much as its received currently.

So who’d be next? Well, let’s just go with Rinko Kikuchi. Great actress, Oscar nominated, looks just like the Major, so what’s not to love? The budget for the film has yet to be released, but I’d wager that whatever budget was pushed behind Scarlett may be generously reduced now that there is no star power behind the role. You can probably say goodbye to that beautiful cityscape because there goes the special effects budget. The script would change heavily to revolve more around its male cast members, and the studio would cast more well-known male actors to help carry the film’s weight. They’d probably get more pay than Rinko too, since the studio is putting pressure on them to sell the film rather than her. Oh and that fat $10 million paycheck ScarJo was taking home will probably be halved, if not more, since Rinko only starred in a film about robots that barely made its money back by factoring in the worldwide box office.

It’s a shame financiers only care about domestic numbers, but hey we get our wish and that’s all that matters, right?  It’s not as if Scarlett, assuming the film becomes successful, can become the beacon of hope for all future and current female action stars, leading the way for more opportunities in this film genre, which is growing more in popularity over male-centric action films, giving females more bargaining power at the table.  In a time where women are proven to make less on the dollar than their male counterparts, Scarlett Johansson is, without equal, the only person suited for this role. Its success demands it. And if it tanks, it tanks, female action films get taken back 10 years, male action films surge again, and the I-told-you-so’s can begin all over again. 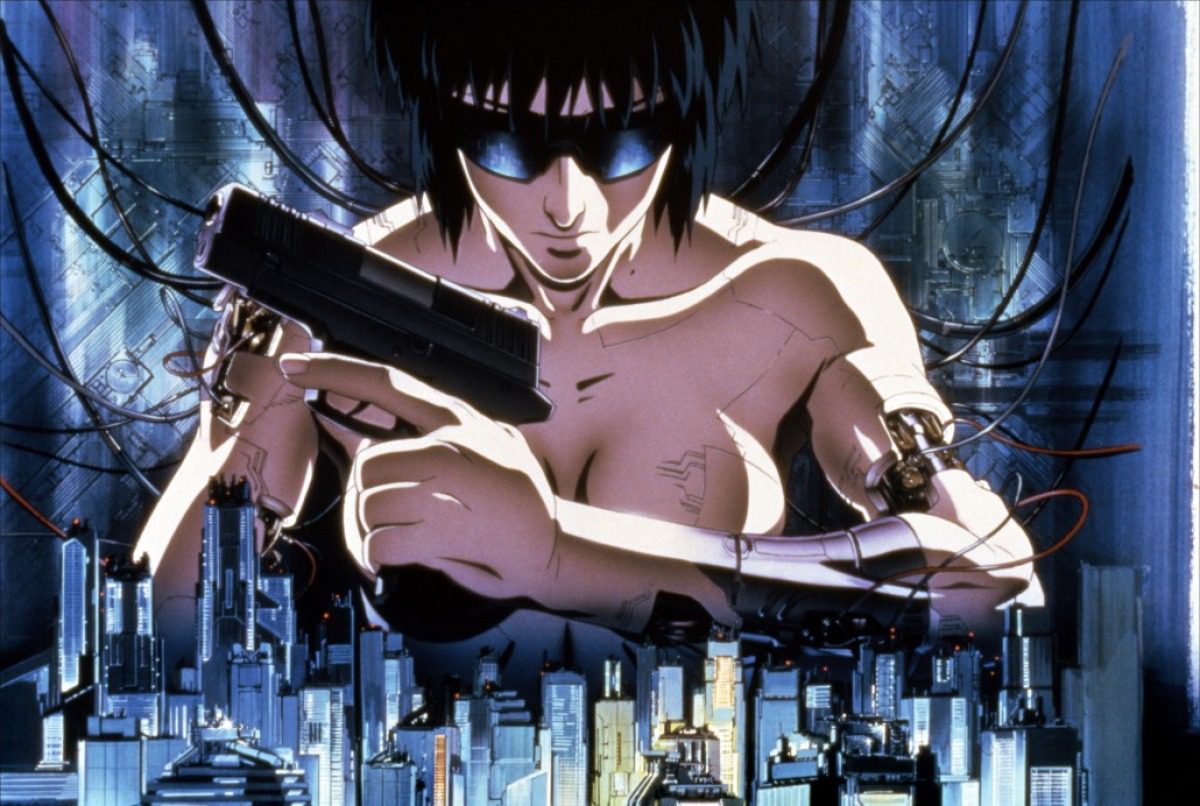 It’s obvious all the backlash clearly shows that people really care about this property and how it’s represented, but there’s still much we don’t know about this film. The original property borrows heavily from Blade Runner, and the setting for this film invokes that feeling as well. We don’t know if this takes place in the fictional world of Niihama or elsewhere. That’s the thing about adaptations; anything can change to conform to its target audience. Seven Samurai by any other name *cough*Magnificent 7*cough* is still Seven Samurai. The further beauty of this series is the fluidity of the Major’s identity, and the fact the Major’s body is completely cybernetic. We can get the same character in future films with “new bodies” without so much as a retcon. Simply because Scarlett is taking the lead doesn’t necessarily mean its white feminism, I think that’s taking things a bit too far towards name calling. She’s not pulling an Emma Stone per se, and Japanese audiences have even responded positively towards her. We should be reeling for this film to succeed.  If it doesn’t, you can probably say goodbye to the female-fronted action genre.