What is Star Citizen Exactly

Star Citizen, the galaxy-sized sandbox being developed by game developers Cloud Imperium Games, is, in my opinion, one of the most groundbreaking and ambitious projects attempted by any game developer ever.

Let’s get an idea of the setting. Imagine that it’s 930 years into our future. The year is 2947, and we plucky, little humans through massive breakthroughs in scientific discovery have broken the shackles of our planetary prison.

This is the stage in which we ask

Now, who are you?

Where do you fit?

Have you seen this:
Is Google Stadia Ready? A Conversation with Kenney Newville.

You are the player, the pilot, and the inhabitant of this vast galactic network. 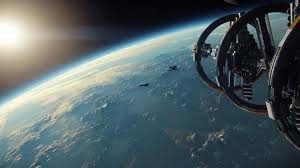 Regardless of how you might see yourself in this setting, these are just a few examples of the possibilities available to you. With ships oriented toward almost every imaginable profession from fighter to miner to even a news reporter. You really can be who you want to be in a massive galaxy.

Star Citizen is the largest and most successfully crowd-funded project in history and has already earned itself a place in the Guinness book of world records. It has raised over 140 million dollars towards its development since day one and it’s still going strong. While the scope of the game has evolved and grown in size since it’s initial conception and is still in development, the backers have been witness to the most transparent development process in the history of gaming.

Have you seen this:
Legends Gamer Pro Now Available

With over 40 flyable ships currently in game and a new patch on the horizon that promises planetary landings, there has never been a better time to give it a look.

More information can be found at Robert Space Industries!

gaming PC gaming star citizen
Are you an Insider?News, reviews, & updates are just the beginning.