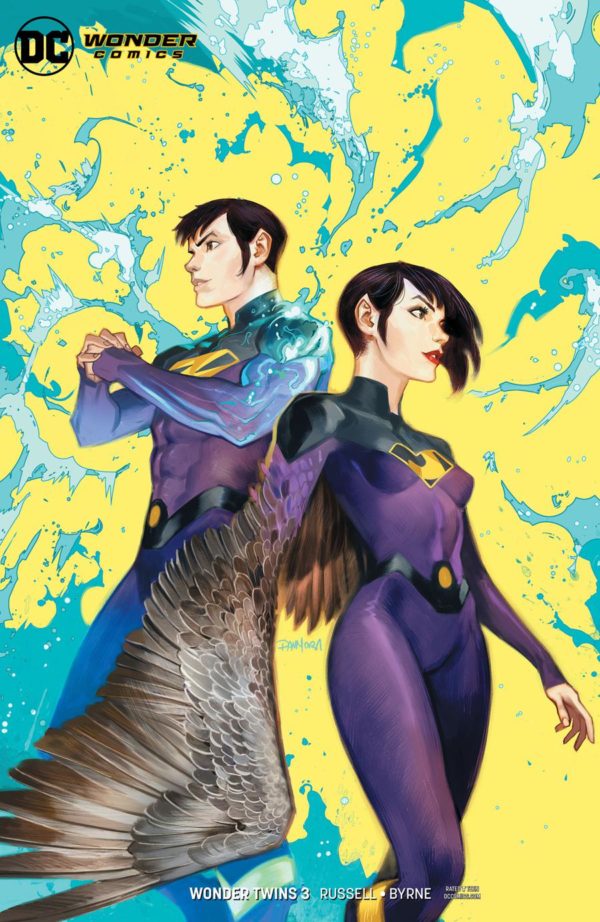 Wonder Twins by far has been one of the best comics being released by DC at the moment. They are able to incapsulate Jayna and Zan in the best way with a modern twist consistently with each issue. We get to see the twins grow and learn from Superman and his teachings of compassion and learning from one’s mistake. The issue is light on the humor but packs a lot with what it has.

Russell is dead on with the humor and jokes about the twin’s ability. This issue keeps it subtle compared to the previous release, as they are dealing with events from the previous issue. This was more of a somber issue and Russell handled the change of pace and tone perfectly. It’s not a complete pity party but the use of it when needed drives his point home.

Byrne keeps the art simple and that really helps the book stay grounded with so many different themes. With the tone changing from somber to action to humor; he still manages to navigate them perfectly. This is on display as Gleek overcomes his past and the League of Annoyance lives up to the moniker.

The after effects of the Drunkla incident still weighs heavy on Jayna and helps push Russell and Byrne to explore that theme. We not only see it with Jayna but also with Gleek overcoming his past. With so many themes being handled its no shock that Wonder Twins is one of DC better books right now.