There had been some previous hints from Scott that something concerning a sequel could be in the works and Kevin Feige recently confirmed they did have plans of making the second film, despite zero official announcements. 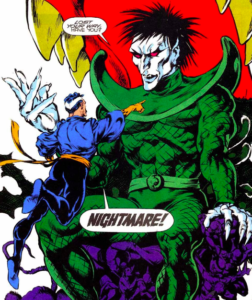 Details concerning the film are scarce but there had been some talk that Nightmare could be the villain of the sequel.

Some have suggested they could be aiming to have the film ready for release by November 6th, 2020. This would make sense as the first film was released in November and the spot seemed to be work out for Thor: Ragnarok last year.

If that’s indeed the case there is a good chance this September tease is Scott potential meeting with Marvel and pitching his possible sequel treatment/outline before they movie into writing the full script and production design.

If they are indeed planning on having it ready for that November release, Derrickson likely wouldn’t begin filming until late summer or fall of next year.