With the release of Crash Bandicoot N. Sane Trilogy and announcement of a version of Shadow of the Colossus being built from the ground up for the PS4, remakes have recently shared the spotlight alongside some of 2017’s most anticipated new titles. Unlike the wave of remasters that hit early on in the current console generation, these remakes have mostly been lauded for their graphical facelifts and improved framerates. Though there are some exceptions, gamers have seemingly been more accepting of remakes than remasters, with N. Sane Trilogy becoming one of the biggest game launches of the year. Given its success, it’s reasonable to assume more remakes in the vein of Crash are on their way.

But are remakes good for gaming? Other entertainment industries such as film and television have made remakes a vital part of the business with mixed results. For video games, these remakes can take considerably more effort, leading some to wonder whether or not they are worth anyone’s time and money. We asked three of our writers to give us their opinion on remakes in gaming. 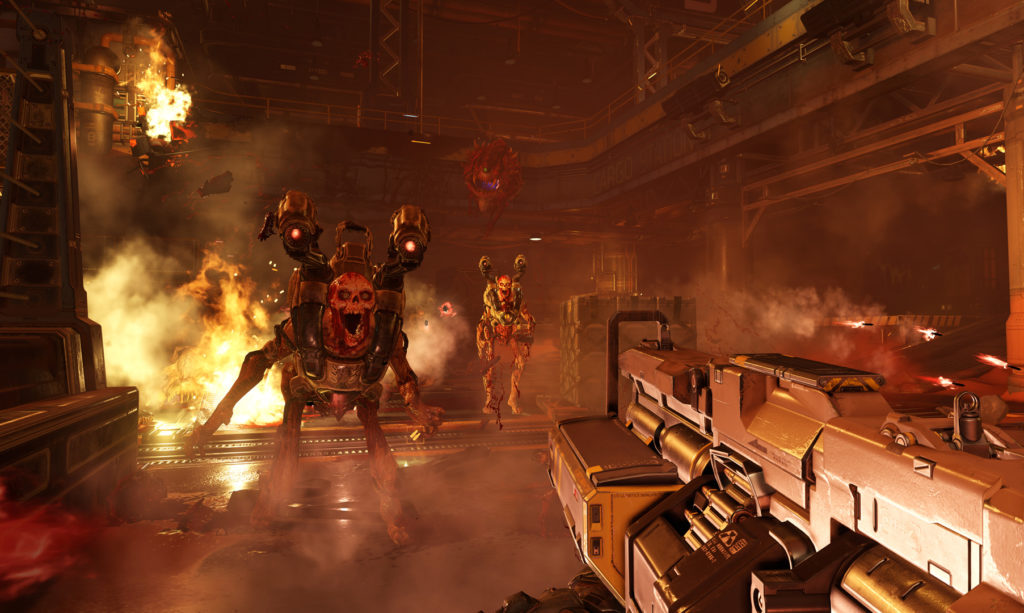 I’m not a hard gamer to please. I didn’t throw a tantrum about Mass Effect 3‘s disappointing ending despite playing the series since launch. I don’t like to get on my soapbox when developers announce DLC a month after a game’s release as long as it’s a worthy addition to the core experience. Just give me good content that doesn’t get dull too quickly and I’m happy, regardless of its launch vehicle.

So remakes are definitely cool with me, and I’ve enjoyed plenty – Resident Evil, Metal Gear Solid: Twin Snakes, and Tomb Raider are a few of my favorites. The way I see it, a great remake can be more innovative than the umpteenth sequel in a beaten-to-death series such as Call of Duty, Assassins Creed, or Halo. But in order to avoid coming off as lazy cash grabs, remakes have to show an effort to retain the charm and theme of the original while also iterating on what made it great. id Software’s Doom is a perfect example of this. I loved the original as a kid, and 2016’s remake created some new elements (such as melee finishers) that fit perfectly with the series’ franticly-paced gunplay, macabre music, and ridiculous effects and enemies. It genuinely harkened back to the original and the game was well received as a result.

A high-profile project that I see missing that mark is Square Enix’s remake of the legendary Final Fantasy VII. While what we’ve been shown looks great and seems that it will offer plenty of nostalgia for those who view the original as the pinnacle of video-game glory days, the departure from turn-based combat is troublesome. Final Fantasy VII’s emphasis on strategic gameplay was one of the game’s biggest draws, and Square scrapped it instead of giving gamers an improved version of what they loved. The decision to go with real-time action combat makes it seem like Square is just pluggingVII‘s world, story, and characters into Final Fantasy XV‘s framework, which is a lazy excuse for a remake that deserves much more than a copy-and-paste job. I have a feeling that this gameplay departure won’t sit well with hardcore fans of the original. 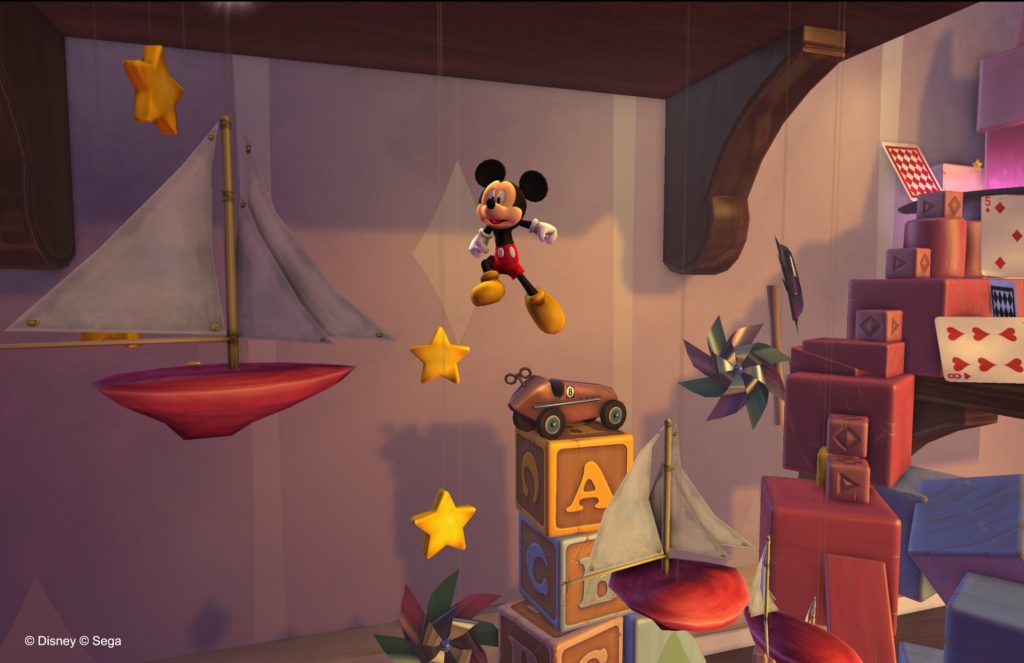 Let’s get this out of the way: I’m not a fan of remakes. Similar to the film director who is tasked with recreating someone else’ work, a developer can choose to take liberties when remaking a game for a newer audience – liberties that risk losing sight of what made the original so great.

Take Disney’s Castle of Illusion, for example. Originally released for the Sega Genesis, the game featured interesting environments, tight controls, and a straight-forward objective. It is visually timeless, thanks to its 16-bit art direction and Mario-like gameplay. In fact, it saw several re-releases and sequels on multiple platforms, including a spiritual successor on the 3DS. Despite its success, Sega decided against a re-release for the Xbox 360 and Playstation 3, instead giving us a “reimagining,” which is short for “not the game you loved.” While not a particularly bad game, the new Castle of Illusion failed to capture the same spirit as the original, with unnecessary 2.5D controls and visuals that failed to make the world feel alive when compared to its 1990 counterpart. Even early polygon-based titles, with their muddy textures and unintuitive controls, are charming in their own way. Conker: Live & Reloaded may look better than the original, but it isn’t the version that players tend to remember.

Remakes have the tendency to fail in understanding or executing the things that made their source material so great. Whether it’s Ape Escape on the PSP or Modern Warfare with micro-transactions and shovels, remakes miss the mark far too often for me to enjoy their announcements. While I understand that remakes are sometimes the most practical way to bring over older games due to circumstances such as a lost source code or a previous reliance on special accessories, I don’t believe they are the best answer. Instead of dedicating resources to select remakes and HD facelifts, those same resources could alternatively be used as efforts to keep the gaming libraries of old playable on modern-day setups. After all, every game is part of gaming history. For better or worse, I believe in every game deserves to be remembered for what they were, not what they can become. 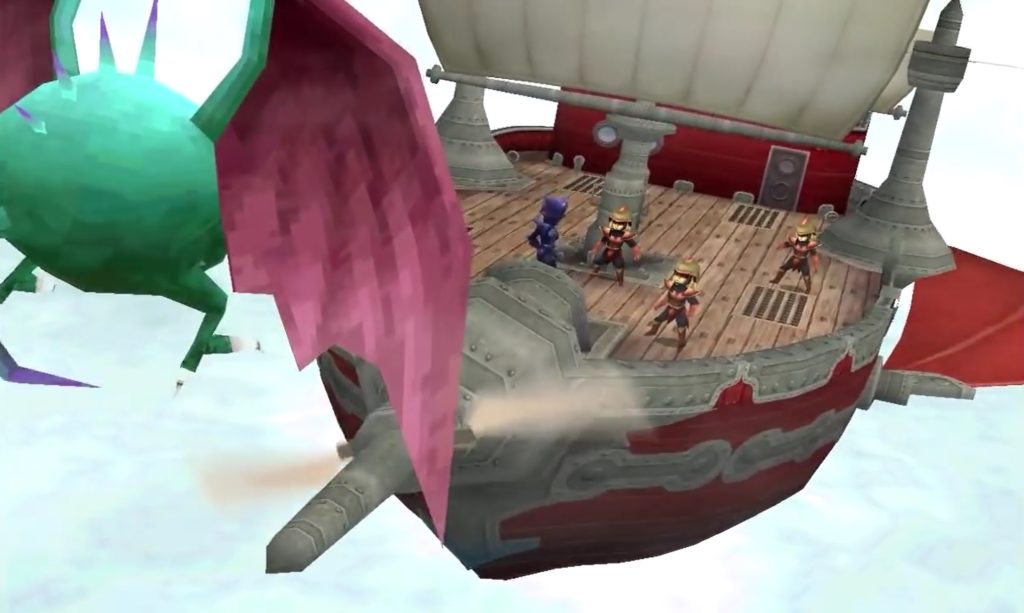 Remakes sit in an interesting space. They can act as a good buffer between new entries in a franchise, but too often they pander to nostalgia without bringing anything meaningful to the table or flat out ruin a beloved franchise. In my opinion, a remaster is a better route to go, especially for popular classics. Updates to graphics and slight tweaks to make the game more playable on modern consoles generally go over well with the public and run much less risk of plopping out a terrible game that soils a franchise’s reputation.

Remakes are risky for the gaming public. Sometimes this pays off, like in the case of Final Fantasy IV. The DS (and later mobile) remake of the classic SNES RPG improves on the original in almost every way. The graphics were massively overhauled in a new 3D engine, gameplay was tweaked just enough to refresh the title, and the story and character arcs were fleshed out with satisfying results. Metal Gear Solid: The Twin Snakes did much of the same for the already fantastic first title in the Metal Gear Solid line.

However, for every FF IV and Metal Gear Solid: The Twin Snakes, there’s a Sonic 2006 or Space Raiders (a terrible 2002 remake of the arcade classic Space Invaders). All said, remakes can be boons for their respective franchise if done well. If developers take the time and put the effort into overhauling an older title for modern gamers, the result can be a thing of beauty. But if the developers are gunning for a quick cash grab by name dropping a classic, or if the game is rushed and just plops out of the sky, chances are it’ll fall into obscurity at best or suffer the wrath of endless ridicule at worst.

Remasters are safer for developers; the hard work has been done by the original makers of the older title. The most work will be put into the visuals and sound; even then, there’s nothing new that needs to be made. However, an endless stream of remasters can quickly become stale. New IPs will eventually have to come out for a franchise to avoid becoming those month old bananas that you ended up watching rot on your kitchen shelf. And it’s with new entries that developers should take risks. A new entry that’s bad will typically be forgotten in a year. A remake that’s bad can irrevocably stain an otherwise cherished name.

What are your thoughts on remakes? Do you enjoy seeing classic titles being brought to modern day standards? Tell us in the comments below.