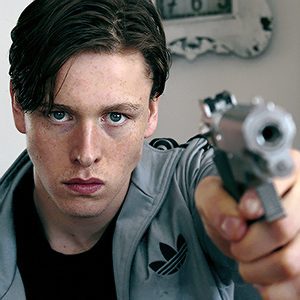 In August, our friends at ThatHashtagShow first reported that 20th Century Fox and Matthew Vaughn were developing a Kingsman spin-off/prequel that would be set during WWI possibly titled Kingsman: The Great Game.

Vaughn also has ideas to take the film series back in time and look in on the organization in the early 20th century in a film called Kingsman: The Great Game, which he’d like to film back to back with the next Kingsman film. We’ve got the scoop on how soon that process might start and how Kingsman 3 might tie into The Great Game.

One of those new leads will be a teen by the name of Conrad. The young, cocky and charming son of a British Duke, Conrad is eager to find a way to serve his country during World War I…and perhaps the Kingsman offer him just that opportunity. The studio is also looking to cast an older lead male and while no details about his character have been revealed, we do know that the Ralph Fiennes is near or at the top of the studios list.

Fiennes was originally mentioned by THS in the original report and it looks like Dickinson is playing the role of Conrad. There is a good chance the characters will appear in flashbacks for Kingsman 3 as it’s said that The Great Game could shoot directly after Kingsman 3.

We currently don’t have production dates for The Great Game.

A release date has yet to be announced for Kingsman: The Great Game but Kingsman 3 is set for release on November 8th, 2019.