Welcome to your weekly session at the Earper Emotional Assistance Program at Purgatory Psychiatric, where we dive into the latest happenings for Team Earp and process our feelings from another episode of arguably the best show on the air right now. While the first and second seasons of Wynonna Earp were great, they were smart, fun, moving, hooking, engaging, had a great cast, exceptional writing, a phenomenal finished product, this third season has been nothing short of perfection. The writing has continued to refine and mature while still retaining its smart ass charm. The ensemble’s chemistry and acting has gone from being great, to evolving into some brilliant transcended state I don’t even have a word to describe. The world of Wynonna Earp itself has established its roots brilliantly and is now spreading out its branches to fully cement itself as a trailblazer for the sci-fi world.

This week’s episode further proved all of those notions, the principal story was perfection, the balance of the horror, the comedy, and the emotion of this episode was executed flawlessly. We learn some interesting tidbits throughout the episode, both in new revelations and in the backstory. Our cast gets to play around with their characters a bit, not playing against type so to speak, but more so getting to play an unfiltered aggressive version of themselves. The exception being with Dominique Provost-Chalkley’s Waverly, who gets to tear our beloved Waves down to the very raw uncovered nerve endings of her character and show everyone watching how a heart wrenching, dramatic performance is done. In addition we get to see the return of everyone’s favorite Revenant that they love to hate, Bobo Del Ray, still chilling at the bottom of the well that Doc was trapped in by the Stone Witch, where we last left him at the finale of Season 2, as well as feature quite possibly the creepiest and most dangerous adversary Team Earp has faced yet.

When I assess antagonists in shows, I always rank them in two categories, one and done - those that are only with us for one, maybe two episodes, IE - the Seven, the Vampires from 3×01, your basic ‘kill of the week’, and arc villains, your medium and/or big bads that are your principal or secondary antagonists who play the long game, your Bobos and Bulshars of the Wynonna world. Wynonna Earp is no stranger to the legitimately creepy villains, the trapper Revenant that caused the Earp Sister’s truck to crash and then stole Waverly and her voice during 3×02 was among the worst, causing the viewer’s skin to crawl just by watching him and knowing her could pull an Ursula and hijack your voice made him even more terrifying. He was ranked among the top of my list until this week when we were fully introduced to Jolene. Jolene(played demon who entrances people into thinking they love her and agree with everything she says by feeding them baked goods, she is also the demon that Mama Earp was trying to kill when everyone else thought she was having psychotic episodes. It is revealed to Jolene entered into the physical realm when Waverly was born and they were bonded, Jolene’s ultimate goal was to destroy Waverly but the demon herself could not because they were linked. So using her hypnotic baked goods she attempted to turn everyone Waves loved against her, then moved on to trying to manipulate her into taking herself out. 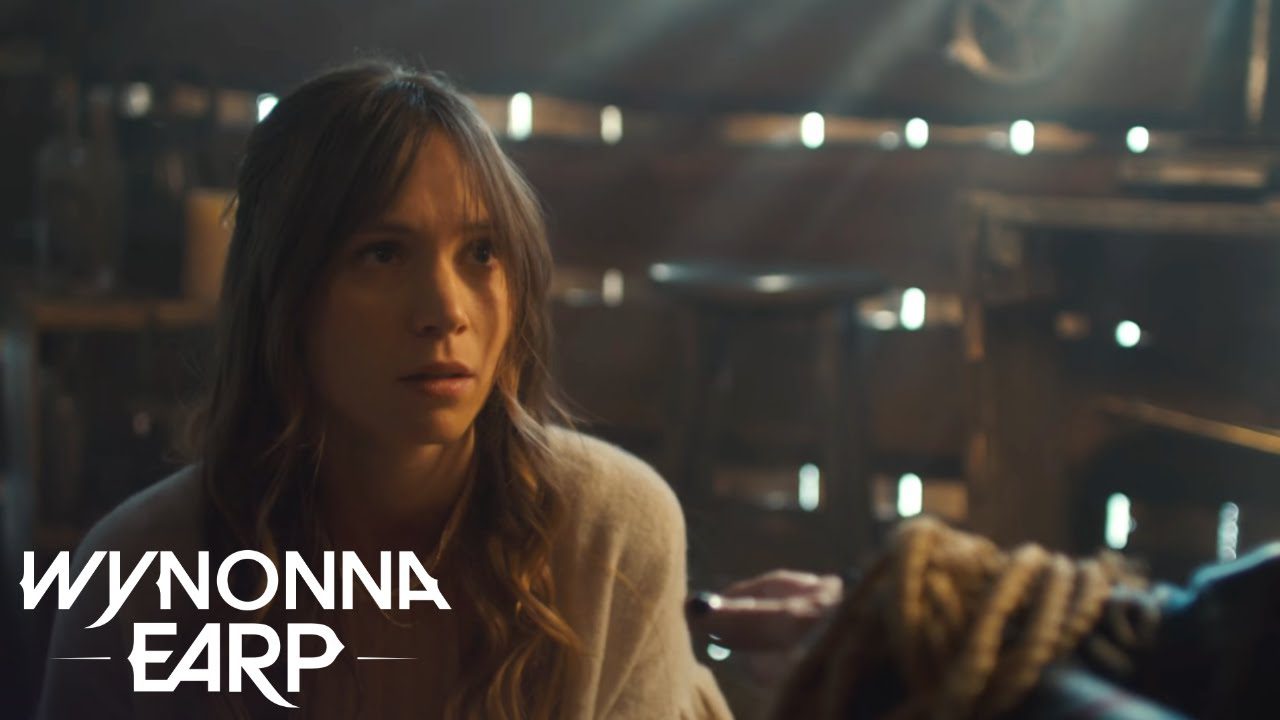 I’ve always been a huge fan of the chemistry and powerful performances the cast brings to the screen every episode, but this week, Dominique brought the bar up to a whole new level. As Jolene effectively turns all of Team Earp, including Nicole, against Waverly to convince her she has no reason to live, Waves enters such a vulnerable frayed emotional state that is so incredibly raw that you can feel her heartbreak through the screen, each of her tears and sobs ripping at your heartstrings. The performance given by Provost-Chalkley throughout the episode rivals that of every Emmy, Golden Globe, and Oscar-winning dramatic performance I’ve seen. When you can refer to a show about a descendant of a Wild West legend who sends demons to hell with a magic gun as realistic because of the performances the cast delivers, it really says something about the talent of the ensemble. Not going without mention, is the rest of the incredible cast, especially Kat Barrell’s Nicole Haught and Megan Follow’s Michelle Gibson, who deliver exceptional performances.

There were some tidbits of info that came about throughout the episode that could have some very interesting expansions later in the season. We learned that the name of Waverly’s biological father is Julian, who Mama Gibson only described as someone who was ‘better’ when she needed it, assumingly referring to the less than stellar relationship she had with Wynonna’s father. At the end of the episode, Wynonna visits Bobo and he mentions that Waverly’s father is a bonified Angel. This could explain the ‘kin’ relationship Bobo referred to Waverly as, along with her ability to wield Peacemaker, the blue tint when she fired it, and the delayed reaction before it burnt her skin. We also saw that Bulshar’s ring has returned itself to Nicole despite her throwing it away in the forest, the ring also burnt Jolene but did not phase her or Doc when they held it. Nicole also seemed to break out of Jolene’s snack spell significantly faster than everyone else, leading to wonder if she has something special in her past that will be the reason behind that & her survival of the Cult of Bulshar massacre, or if it was simply her love for Waverly and internal strength that proved too much for the demon’s manipulation.

There is truly no stopping the powerhouse that is Wynonna Earp. There is no better balance of campy and deep-rooted drama, of hilarious fun and suspense-inducing terror, very difficult fine lines to walk. The writers have created such a smart entertaining enthralling show to watch. While this otherworldly incredible cast brings the characters to life, creating performances at a level that I don’t think can be matched. Keep on watching and tell all of your friends and family about this fantastic show that it can continue to live on for seasons and seasons to come. Next week appears to be a Christmas Season centered episode which should prove to be an extra special festive treat when Santa visits Purgatory!