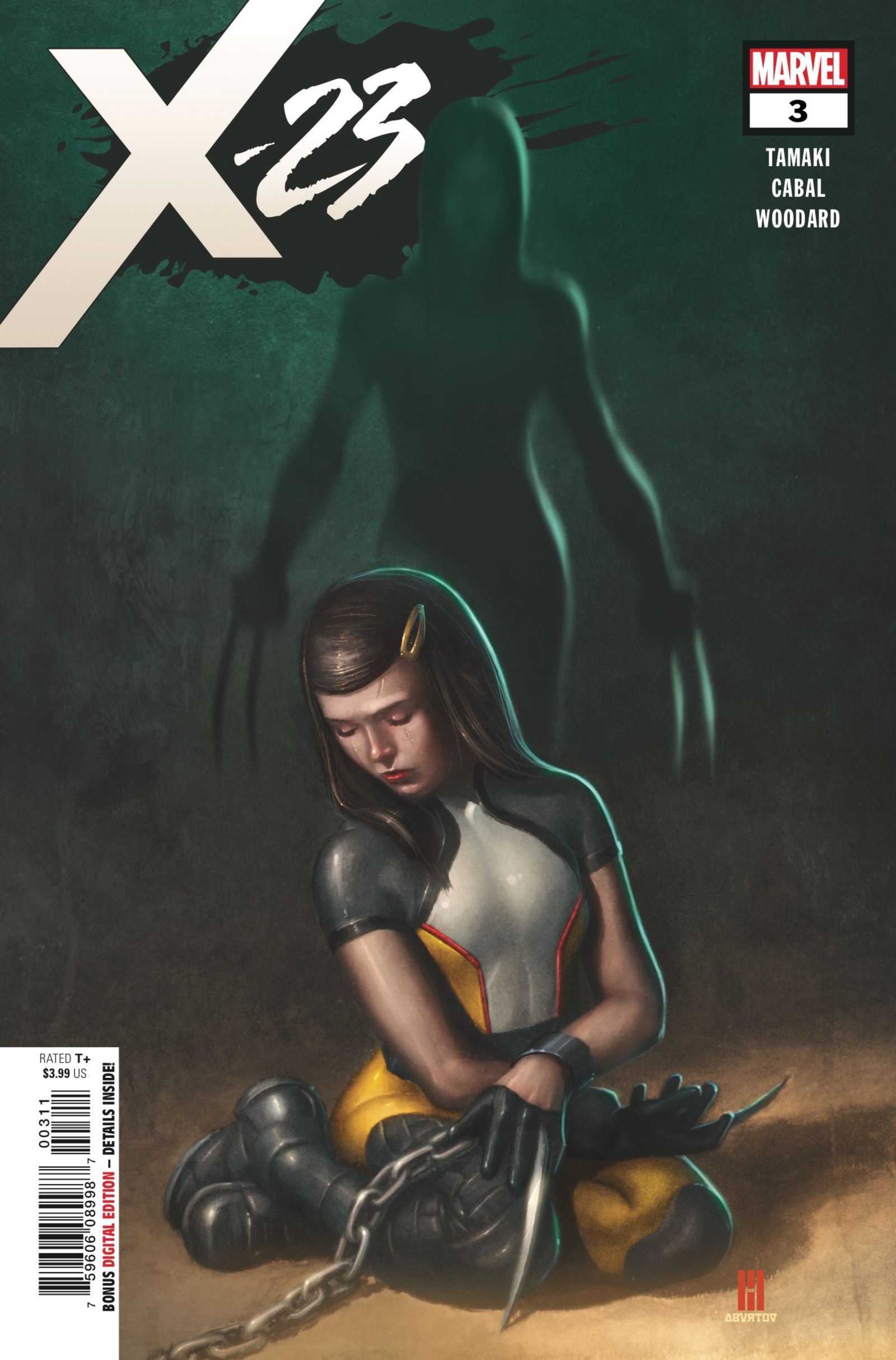 X-23 #3 is one of those issues that, on the surface, serves almost as a filler to get to the next chapter in the larger story. Not a whole lot happened, unfortunately. No fights. The only action was Laura hopping across cars and Angel dropping her from the sky. You expect more when dealing with the Wolverine family.

That being said, Mariko Tamaki keeps the issue moving quickly. Every bit of dialogue is absolutely necessary, and nothing more. More importantly, Tamaki does well with conveying Laura’s controlled fury. She clearly wants to let loose on Dr. Marks when she questions her about the Cuckoos’ plans, but the commitment to her new approach is holding her back.

Tamaki’s writing is even more effective thanks to Juann Cabal and Nolan Woodard artwork. Cabal had a chance to show off with Laura’s acrobatics jumping across cars, but the panels that I found most impressive were the close-ups on Laura. Particularly when she looks back to threaten Dr. Marks; you can tell she’s close to the edge. Laura is one wrong move from going full Wolverine berserker mode, and Cabal and Woodard made that clear in this image alone. Woodard deserves a little extra credit in this one as opposed to the other close-up (when Laura opens the van to see she’s been fooled) because the shadows on Laura’s face are what really hammers home her emotions towards the situation.

And I can see how that image might be a little clichéd in a way – an intimidating figure making a threat as they turn away and the lighting hides some of their faces – but anyone from the Wolverine family who makes that threat is being serious. So it’s up to the artists to make that clear, and they did.

One small thing I didn’t notice right away: when Laura scrolls through her contacts before she calls Angel, you also see Wade Wilson, Kurt Wagner, Marc Spector and Janet van Dyne listed. Somehow she managed to get Tamaki, Woodard and X-Men Group Editor Jordan D. White’s phone numbers, too.