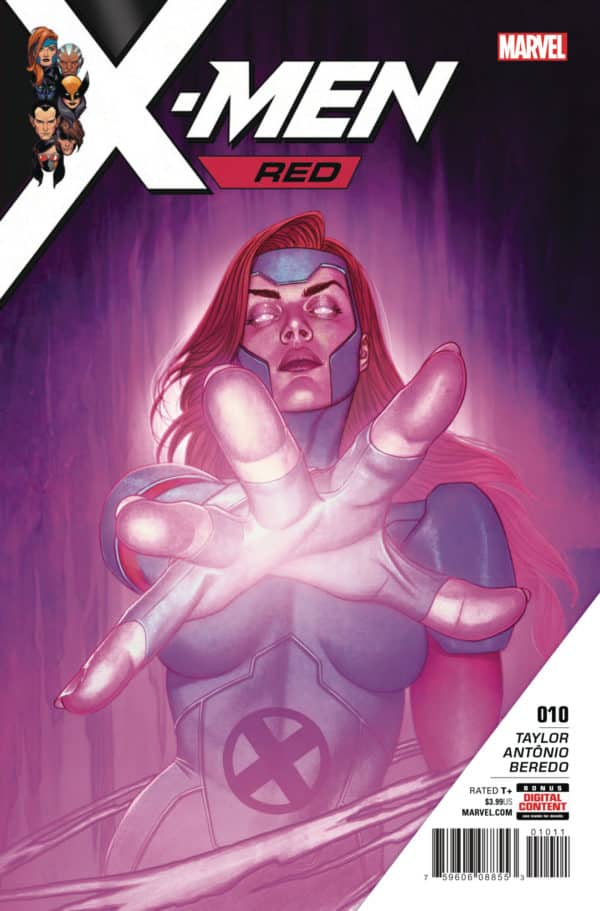 This is back-to-back issues of X-Men Red where Honey Badger is the smartest character in the room. The kid is absolutely brilliant. And I’m starting to wonder why no one else, especially Jean Grey, can get on her level.

Don’t get me wrong, Jean did take Gabby’s advice and take things to the next level, but the teenager shouldn’t be the one figuring things out. Especially when she’s in the room with a bunch of people who’ve seen pretty much everything.

Anyways, Jean did finally figure out how to beat Nova, or so it seems. We won’t get a fight until X-Men Red #11. What we did get in X-Men Red #10 was all the X-Men in Magneto helmets. Very, very cool and not something I thought we’d ever see — or even begin to think of as an idea. Hats off to Tom Taylor though (assuming he came up with the idea), it was a great move.

In addition to that awesome visual and Hone Badger’s brilliance, we now have the Atlanteans and, more importantly, the Avengers fighting alongside the X-Men. This cast of Avengers includes Iron Man, Captain America, Captain Marvel, She-Hulk and Thor. Once again, the best part of their appearance involved Honey Badger, who made sure to stand upright and salute Captain America as he approached Jean.

This issue didn’t have a lot going on, but had just the right amount of moments to make up for that. All of it is building up for what should be a pretty intense X-Men Red #11.