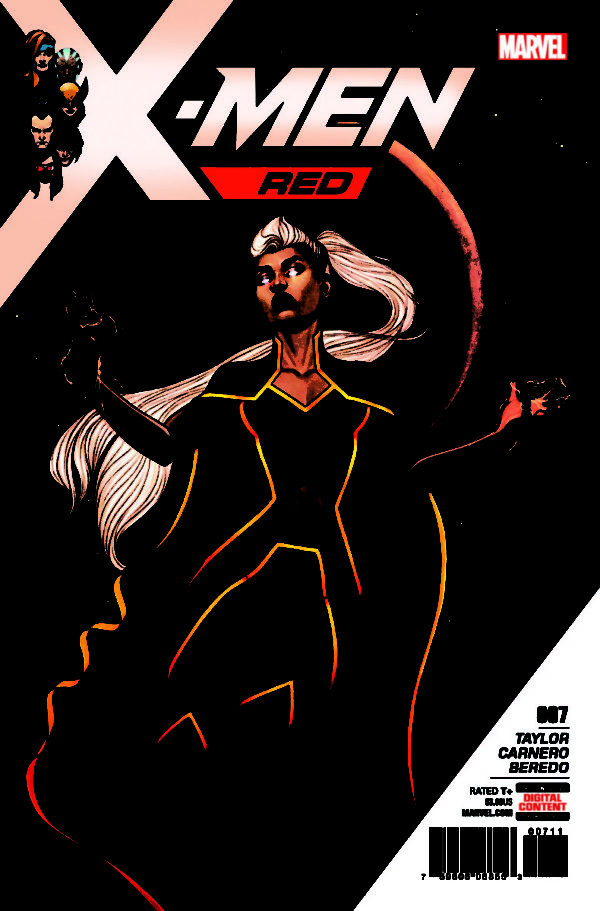 Talk about complete chaos. Don’t know how everyone walked away from the flight Gambit, Wolverine (X-23), Nightcrawler, Honey Badger and Trinary snuck aboard, or Teen Abomination’s attack on Atlantis, for that matter.

Let’s focus on that group on the plane for a second. Trinary is a fine character, but take her out for the moment, too. Gambit, Wolverine, Nightcrawler and Honey Badger could 100 percent carry at least a successful mini-series together. You’ve got Gambit who’s a terrible influence on Honey Badger – who’s all too eager to learn things her sister won’t teach her. Wolverine is a badass – which should go without saying. And Nightcrawler – such an underrated and underutilize character – could absolutely lead this group. They’re all different and there’s enough of a connection between the four of them that it would make sense. It’d be a fun, lighthearted spin-off.

Back to the bigger issue in X-Men Red #7. It’s time for Jean Grey and her X-Men to resurface after Cassandra Nova forced them into hiding. Jean gives a speech to the entire world at the end of the issue, explaining why there’ve been so many human-mutant conflicts recently and how the X-Men will be there to help everyone – even the people who still hate mutant-kind.

From X-Men Red #1 this has had that old school X-Men feel, serving as an anecdote for problems actually plaguing America. Honestly, I really like Tom Taylor’s decision to do that with this cast of characters. It’s been a great move so far.

We don’t need every comic to be as powerful as this, but it’s certainly great to have a few out there. It seems like X-Men writers have always done well with impactful storytelling in the past, and Taylor is no exception to that.

He’s done particularly well with Jean. She’s as strong as ever and has been the perfect leader.

The covers in this series continue to be knockouts, though this is the first one where Jenny Frison – who also has the next three covers – has taken over for Trevor Charest. A slightly different look, but she still captures that intense feel Charest has been driving home since X-Men Red #1.