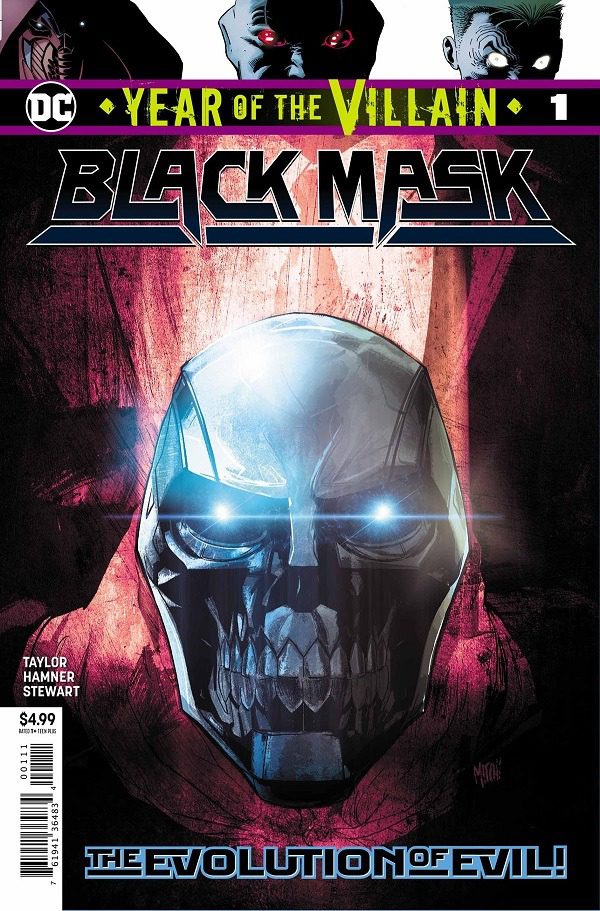 Black Mask is trapped inside an armored car, surrounded by Gotham City PD. With the rest of his crew dead, Roman doesn’t know how he’s going to escape until he gets an unexpected visit from Lex Luthor.

Lex removes him from the area and makes him an offer. After showing the crime lord the faults in his limited vision, Lex offers him a new one. One that will take him into the elite. One that will also get the attention of Renee Montoya and Batwoman.

To be honest, I expected more from this first issue. There are several different ways to interpret Roman Sionis in comics. There are stories where he is the cold, calculating underworld kingpin ruling Gotham from the shadows. There are great stories where he is depicted as a homicidal lunatic with the machinations and disposition of a serial killer. Taylor misses the mark on this interpretation of Black Mask as a bumbling, directionless fool in need of Lex Luthor’s help. What makes matters worse is that the best offer Luthor can make to Black Mask is corporate espionage and identity theft?

Year of the Villain is supposed to be this huge storyline pitting the forces of Doom against the forces of Justice. Everything about this first issue feels as small as the crimes themselves. Cully Hamner’s art is great in this issue. The characters look great and the moments between young Roman and young Bruce Wayne in the beginning of the story are amazing.