You Can’t Kill A Legend: The SNES Lives On

The Super Nintendo, also known as the SNES, is still a legendary console today mostly because of nostalgia. A nostalgia driven by memories of its vastly wide array of titles, it’s reasonable cost for used games, and the beautiful pixel art in many of its games. Nintendo has long since moved on from this console, iterating via four newer models since, each occupying its own special place in console history. Nintendo, like most console companies, has never released developer tools that would allow access to developers to continue making games for their old consoles. However, some fans have discovered there is a way to keep the 16-bit heart of the SNES alive. 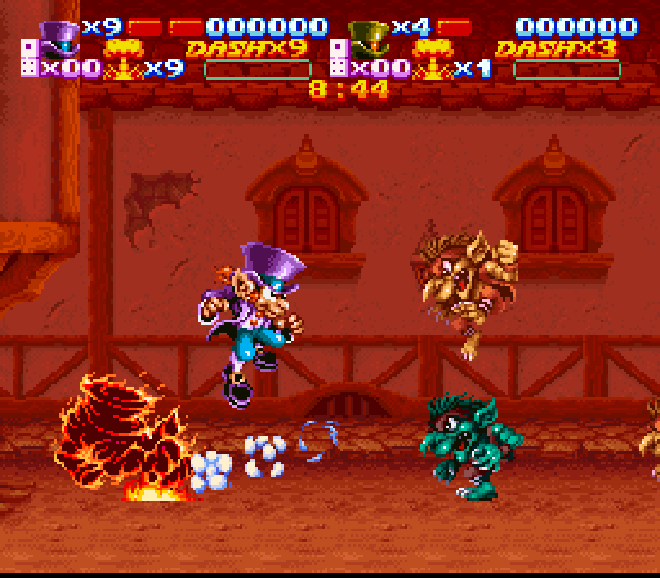 In the past three to four years, indie developers have discovered the key to getting past the SNES’ cartridge lock system. This enables developers to produce NEW games for the SNES in 2016, 30 years after the SNES’ heyday. In the gaming world, this innovation stands for everything I believe in. It means that developers have the freedom to do what they want on a console. The general public has noticed how good these new SNES games are and the fan base for the SNES is once again growing. The rise in people getting back into playing the SNES has lead to retro gaming conventions. There are three on the West Coast. One in Seattle, Portland, and one near Long Beach. There is also a rise in stores selling used video games. There is a new store in my area called World 1-1 Games which references the iconic essence of what video game stores used to be like in the 90s. At this store, you can trade in and buy old retro games and consoles. You can also get your old systems repaired. The store has retro gaming

tournaments and 16-bit SNES music plays in the background. But successful retro game stores and retro game conventions isn’t what this conversation is about, it’s about why the SNES still trumps over other Nintendo systems.

One of the reasons for the SNES’s success was it’s plethora of 3rd party support. It featured games from RARE, Capcom, Bandai Namco, and many more. However, starting with the N64, for a variety of reasons, Nintendo started to create the majority of hits of the console. With the Gamecube, Nintendo seemed to right the ship only to again lose their course with the Wii and Wii U both of which had terrible 3rd party support.

titles are still coming out thanks to companies like Collector Vision Games. Good new SNES games to check out are Nightmare Busters, Justice Beaver “The Great Timber Tantrum”, and Super Boss Gaiden. Justice Beaver is from the same developer who made Sydney Hunter. These two games are so popular, that their pre-orders are now sold out! Also some previously unreleased games have been released too like Dorke and Ymp. These new and unreleased platformer games are perfect for casual gamers.

Casual gamers like the SNES because it’s cheap to get used games and the console. New Wii U games cost $60 where as new SNES games like Justice Beaver cost $40 and SNES games from the 90s cost around $30 and below. The video game market is tough. The SNES is squarely a console that is suited for casual gamers. Some casual gamers just don’t have the cash to buy a new console. A used SNES will go for about $50. In my opinion, a person who doesn’t spend alot of time gaming likes the PC and SNES because it’s more affordable than buying a new Nintendo console every 7 to 8 years. Casual gamers want games they can play at a reasonable and do not take a lot of time to complete.

Beyond it’s appeal to casual gamers, SNES continues to shine with the help of modern technology.  I think the SNES continues to enjoy a degree of popularity because of the exquisite artwork in many of the system’s games. Seeing these images on an HD Screen TV and hearing the 16-bit sounds on  modern sound systems makes the experience even nicer. With the help of a SCART to hdmi converter cable you can upscale games to a sweet 108op resolution. This isn’t the only technology that enhances the play experience of the SNES today. A new feature that recently arrived to the SNES courtesy of the mod-scene; there is now a cable that allows up to 8 players to use the SNES. There is currently one game that allows you to fight with 8 players: N-Warp Daisakusen, which is apart of the Super 4 in 1 SNES cartridge. It’s also important to note that enthusiast are now able to create reproduction carts of Super Famicon games. In fact, if it’s possible to buy  a Super EverDrive and add up to three games on a single SNES chip. I believe that, with the technology now in the hands of indie developers and hackers, there is still life and potential in the SNES to be that extra hobby-console that no one else has.

So after reading this, go to your basement and take out your old SNES! Have fun. And know that if you want to return it to service in the front lines, it is up to and ready for the challenge. You can find SNES games today on several websites and your nearest used games store.

–Reproduction of Japanese and NA Games