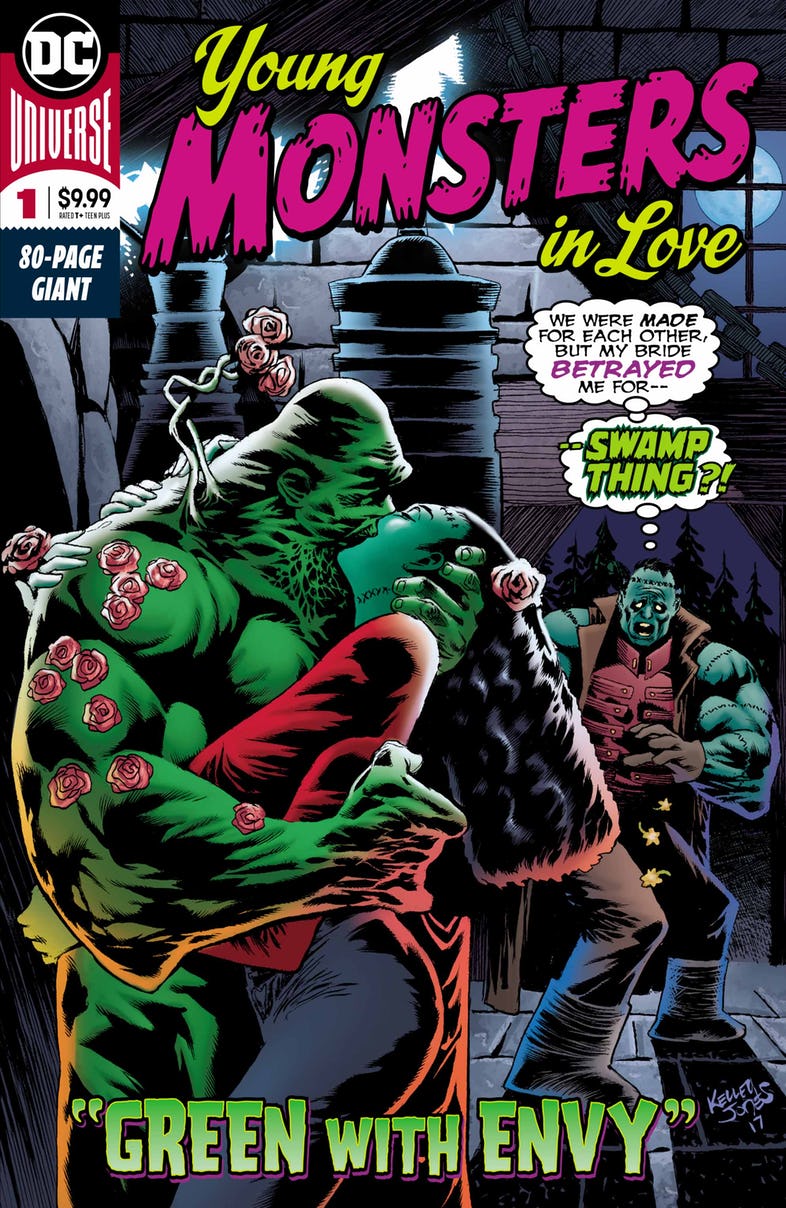 We’re heading into another holiday and DC has prepared us an 80 page special with many short stories from a variety of talented people. After reading through it, I have to say the best thing about this special is that most of the stories are focused on lesser-known characters or ones that don’t have any series going on right now. While there were definitely a few standouts in story and characters, I felt that a majority of these stories had good ideas and themes but were perhaps focusing on the wrong these at times. I felt the first story featuring Kirk Langstrom dealing with his addiction to the serum that turns into the monster Man-Bat was done well where he lies to himself and the person he cares for. You can see how he is struggling with this duality as he talks to the Man-Bat creature that is pressuring him into giving in to his addiction.

The biggest standout for me in the issue is the short featuring Frankenstein as he goes on about his Bride through a letter he had written for her. You learn how much he cares for her and how 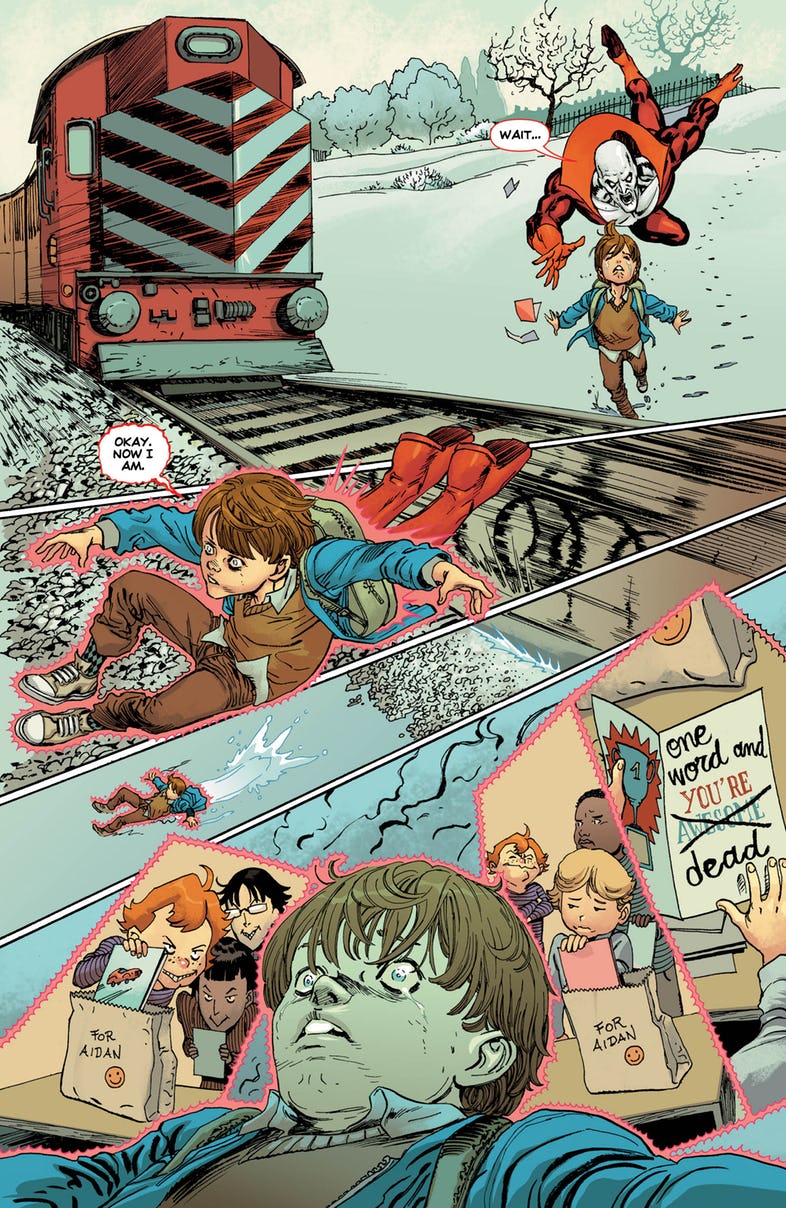 through all these years he still loves her, all the while they are fighting through evil possessed robots. They obviously work great together on the field as they are always in sync on the job but it’s their hearts where things seem to lay differently towards each other. Later on, when I got to Raven’s story, I wasn’t sure how I was feeling towards the setup but as it went on and we learn just a little bit more about this ghost she is trying to help lay to rest. We end up getting probably one of my favorite splash pages drawn with her in a manner we never get to see her in.   She’s still written like the person you know but hopefully, this small event in her life can lead to her knowing that not all things have to be so dark all the time for her. Earlier I mentioned about focusing on the wrong things for some of these shorts and one I felt that suffered was the story of Mallah and the Brain. When Mallah goes on about why they’re at Lexcorp and I was far more interested to see how their love for each other grew instead of seeing it as a passive flashback. This to me would’ve been a great opportunity to just show two villains why they care for each other without trying to make them seem good while holding hostages.

The amount stories you get here are definitely worth what you pay for but you may not fall in love with each story. I appreciate the focus on characters some people may not know about because I do feel like this can gain an interest for an audience to look into what people like Frankenstein or the demon Etrigan have done, but to me, only a few of the stories really land as a whole.