10 Characters We Could See In The ‘Batgirl’ Movie

Warning: This article features heavy ‘BIRDS OF PREY (and the Fantabulous Emancipation of One Harley Quinn)’ and ‘The Suicide Squad’ Spoilers

With Bad Boys for Life and Ms. Marvel filmmakers Adil El Arbi & Bilall Fallah directing from a script by Birds of Prey and The Flash screenwriter Christina Hodson and Cruella’s Kristin Burr attached as a producer, Batgirl is heating up on pre-production for a November shoot in Glasgow, Scotland. Thus far, Leslie Grace and J. K. Simmons are the only actors cast in the upcoming feature. The In The Heights star is cast in the titular role of vigilante Barbara Gordon. Simmons is reprising his Justice League role of Barbara’s father, iconic Batman character Commissioner Gordon.

Story details on Batgirl are being kept under tight wraps. At this point, we have no idea who else will be featured in the film’s supporting cast. Here’s a list of 10 DC characters that could possibly show up in the Dark Knightess’ standalone outing: 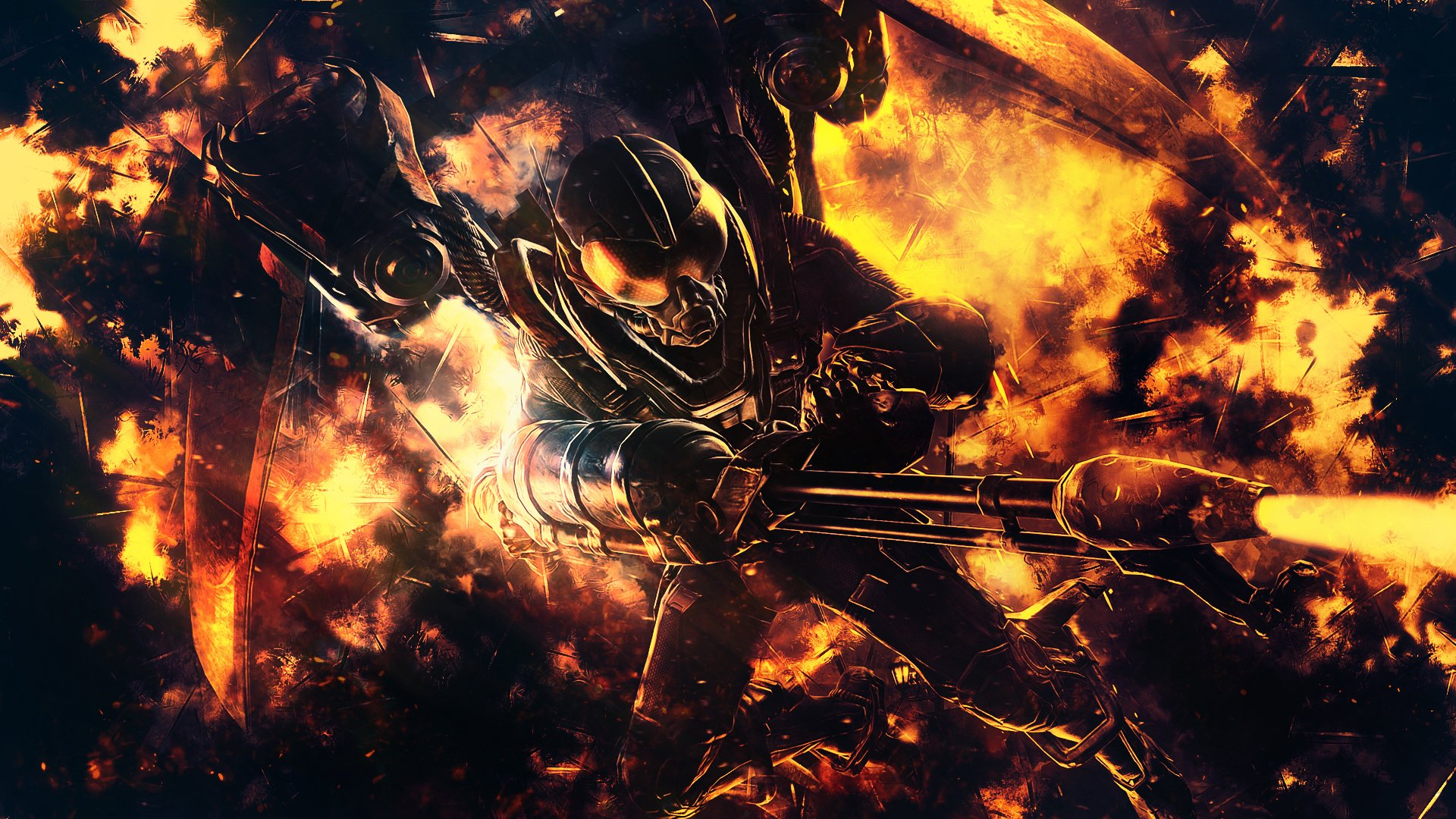 Firefly, aka Garfield Lynns, is one of Barbara Gordon’s most notable foes throughout her journey as Batgirl. A sociopathic pyromaniac with a compulsion to start fires, Lynns fought Barbara side by side with Killer Moth in iconic comic book limited series Batgirl: Year One. By July, The Illuminerdi reported that the production of Batgirl was looking for an actor in his 50s-60s to play the film’s villain, described as a disgruntled former firefighter. That description matches a few different iterations of Firefly, so there’s definitely a large possibility the villain shows up in the HBO Max original film. 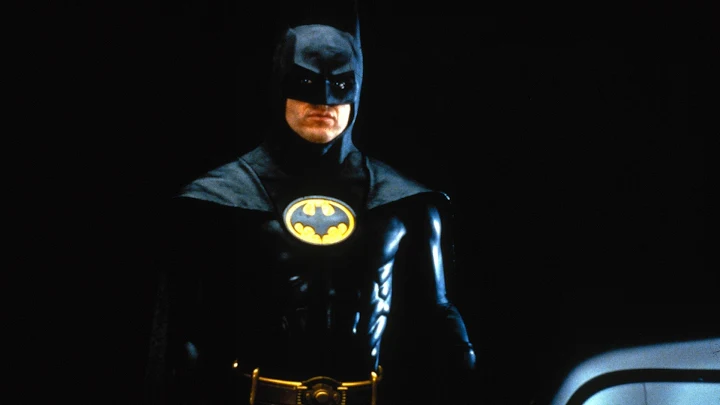 In case Batgirl is an origin story, which seems likely, a Bruce Wayne appearance in the film is a no-brainer, and there is also actual evidence that supports the Dark Knight’s involvement in the feature. Back in June 2020, Michael Keaton was announced by trades to be in talks to reprise his role as Batman from Tim Burton’s Batman (1989) and Batman Returns (1992) in Andy Muschietti’s upcoming The Flash. It was also reported that, in case a deal made, Keaton would also appear in several other upcoming DC films as the character in a “Nick Fury-type role of a mentor or guide or string-puller,” with Batgirl being mentioned as one of the films discussed.

Although there’s more evidence against it than for it, there might also be a slim chance Ben Affleck reprises his version of the Caped Crusader in the film. He is indeed our current canonical Batman in the DCEU and will also appear in The Flash (even though there has been a strong indication that the film will serve as a swan song to his iteration of Bruce Wayne.)

Last year’s DCEU film Birds of Prey (and the Fantabulous Emancipation of One Harley Quinn) opens an entire box of infinite possibilities for crossovers with Batgirl. One of them is Dinah Lance, aka the Black Canary, a character that shares a vastly long history with Barbara Gordon in comic books, either as Batgirl or Oracle. A very experienced martial artist and known for having an ear-splitting supersonic scream known as the “canary cry,” Dinah founded the Birds of Prey alongside Barbara in the comics. And in case Batgirl indeed takes inspiration on limited series Batgirl: Year One, Dinah’s appearance in the film might make even more sense.

In Year One, Barbara seeks Canary in order to be trained by her, and she serves as a mentor figure for the heroine, fighting side by side with Barbara against Killer Moth and Firefly. Jurnee Smollett, who played Dinah in BoP, was deemed a perfect choice for the character by fans and sparked fan interest all over the world with intense social media campaigning leading to her own standalone Black Canary film written by Misha Green being announced as an HBO Max exclusive last month. Given that both Birds and Batgirl are written by the same screenwriter, Christina Hodson, and with the film being a possible Year One adaptation, a Canary appearance does not sound at all impossible. 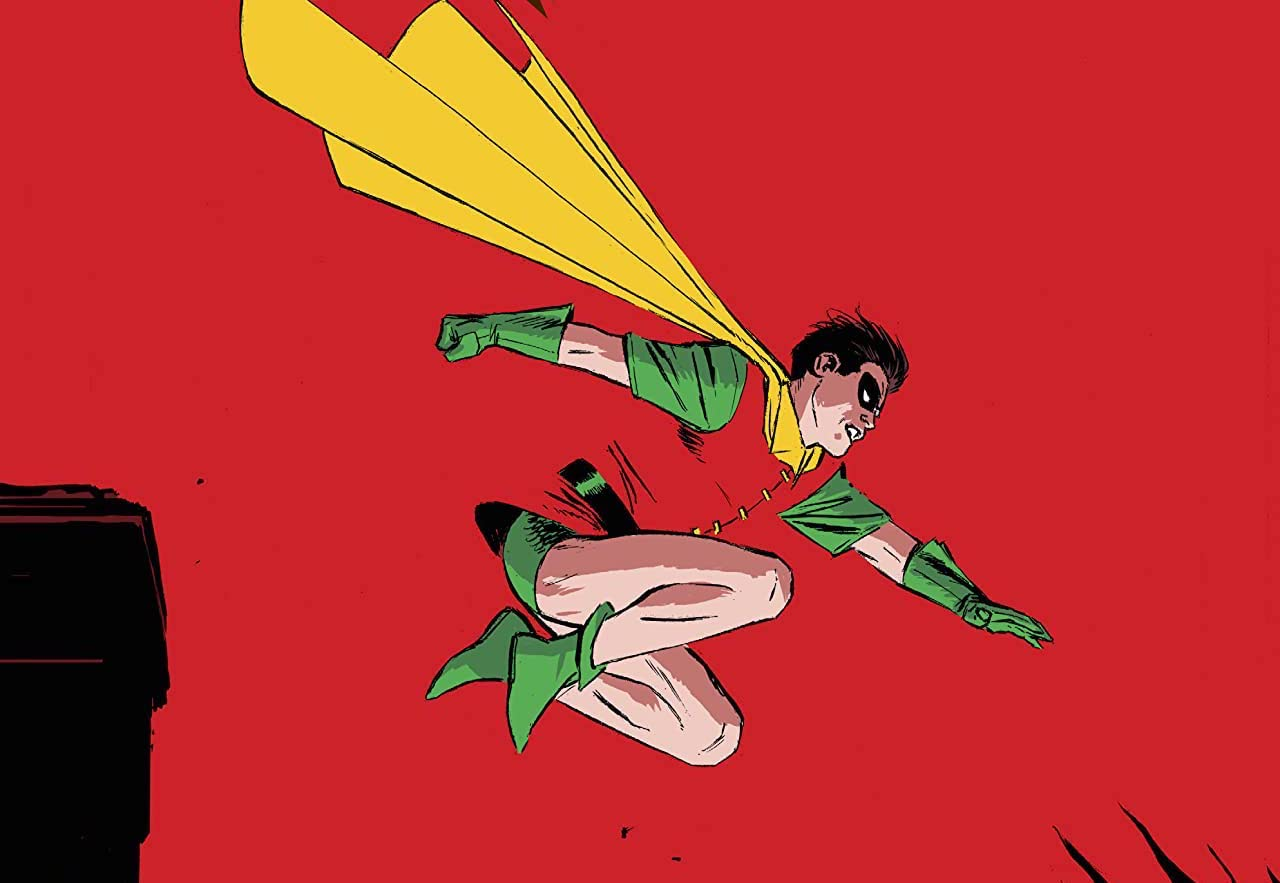 Dick Grayson, aka Robin, aka Nightwing, has a long history of ups and downs with Barbara Gordon in comics. Since joining Batman’s crimefighting crusade, the two lovebirds have been together on and off for decades in comic books and yet still managed to become one of DC Comics’ most iconic romantic pairings in history, known affectionately by fans as “Dickbabs.”

Although Dick is technically deceased in the DC Extended Universe’s current canon, that is easily reversible, especially with The Flash on the way, which will potentially be used to change several elements of the DCEU’s continuity. A standalone Nightwing film has also been in the works for several years at WB/DC with Chris McKay attached as director, and McKay has recently indicated that there might still be hope for the film, so perhaps there are still plans for Dick Grayson in the DCEU (with luckily a Batgirl debut being in the cards.) 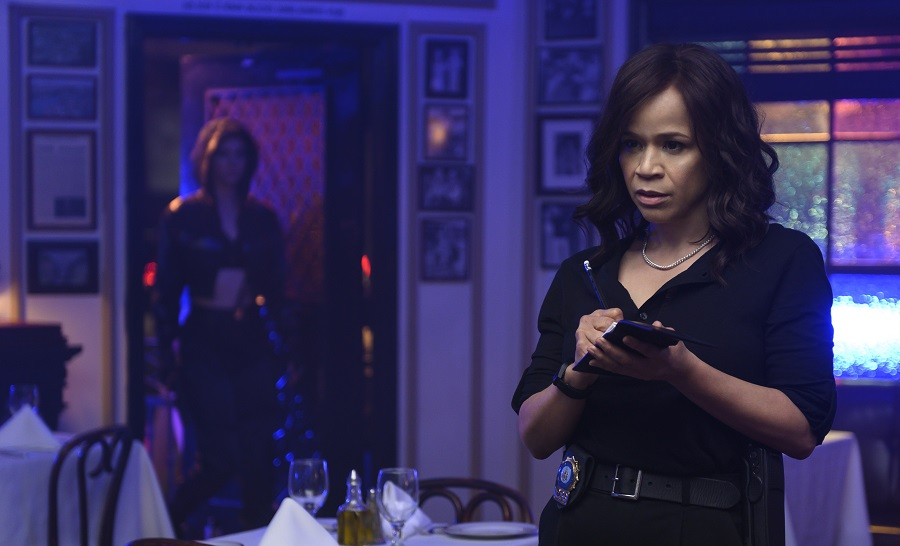 Another classic character in the Batman mythos, Renee Montoya, was also introduced in Cathy Yan’s Birds of Prey (and the Fantabulous Emancipation of One Harley Quinn), played by Rosie Perez. In the comics, Renee is a detective at Gotham City Police Department, often employed by Commissioner Gordon. Eventually, Renee resigned from the police after being disgusted by its corruption and became vigilante The Question. By the last time we saw Renee in BoP, she was no longer working in the police force and became a crimefighting vigilante alongside Dinah and Helena. However, perhaps having J.K. Simmons’ Gordon possibly rehiring Renee and having her giving confidential information to the team would be an interesting idea. Renee working simultaneously with Gordon on the GCPD and with the Birds of Prey as Question would be definitely interesting and would result in compelling dynamics with Barbara Gordon in Batgirl. 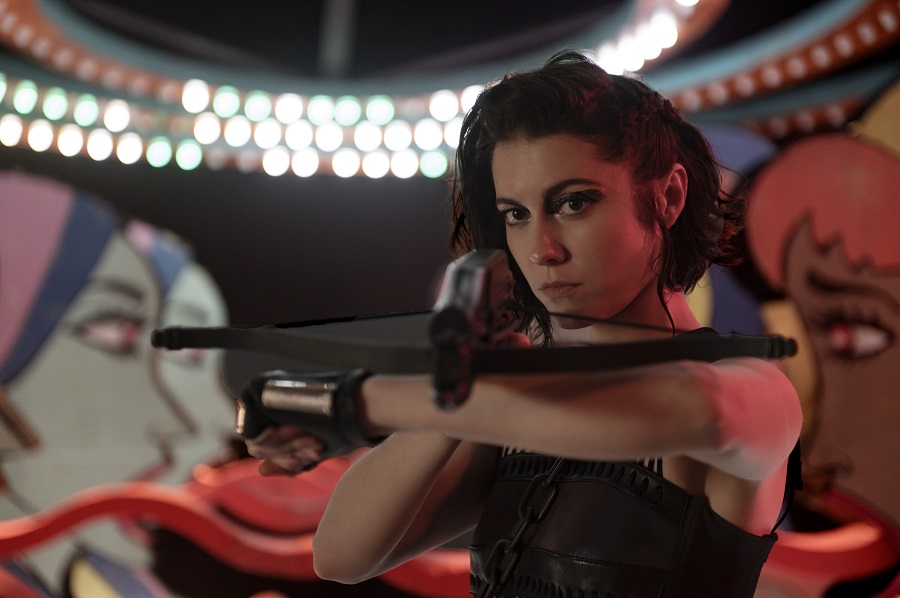 Yet another DC heroine introduced in Birds of Prey (and the Fantabulous Emancipation of One Harley Quinn), played by Mary Elizabeth Winstead, Helena Bertinelli was a member of the Birds of Prey as Huntress alongside Black Canary and Barbara/Oracle in Gail Simone’s game-changing 2003 comic book run.

In the 2020 film, Helena is the sole survivor of her family being massacred in a rival mob hit by Stefano Galante. She then dedicates herself to become an assassin in order to avenge her family’s deaths, returning to Gotham to eliminate Galante and his hitmen and running into Harley, Canary, Montoya, and Cass Cain. After killing Victor Zsasz, who she believed was the last hitmen alive involved in the massacre, she was surprised by Renee when she informed her that the person who was truly behind organizing the hit was Roman Sionis. After helping them kill Sionis, Helena uses her family’s old bank accounts to fund a new vigilante team alongside Dinah and Renee: the Birds of Prey.

Perhaps we could see Barbara (finally) joining the Birds in Batgirl? With Winstead’s clear interest and passion for the character, not to mention the “#HuntressHBOMax” campaign currently happening over Twitter, it’s not difficult to imagine a Huntress appearance is in the cards.

Killer Moth is a Batman villain with no superpowers who relies on technical equipment that gives him several abilities, such as superhuman strength, speed, agility, reflexes, stamina, durability, and flight. In the Batgirl: Year One limited series, Killer Moth attempts to kidnap Bruce Wayne in a masquerade ball where Barbara becomes Batgirl for the first time and stops him. Later on, it’s revealed that he is a bankrupt ex-millionaire, Cameron Von Cleer, who owes money to a mobster named Tony Bressi.

Rejected by Gotham’s underworld and his own henchmen as a laughing stock, Killer Moth is approached by pyromaniac Garfield Lynns aka Firefly, who looks for an outlet for his sadistic tendencies. Lynns offer to help Killer Moth exact revenge on Batgirl and form a criminal partnership. With Firefly likely being in Batgirl due to the casting call, it would be very interesting to see him team up with Killer Moth like in the Year One comic, which would definitely be a compelling story for the Batgirl film. 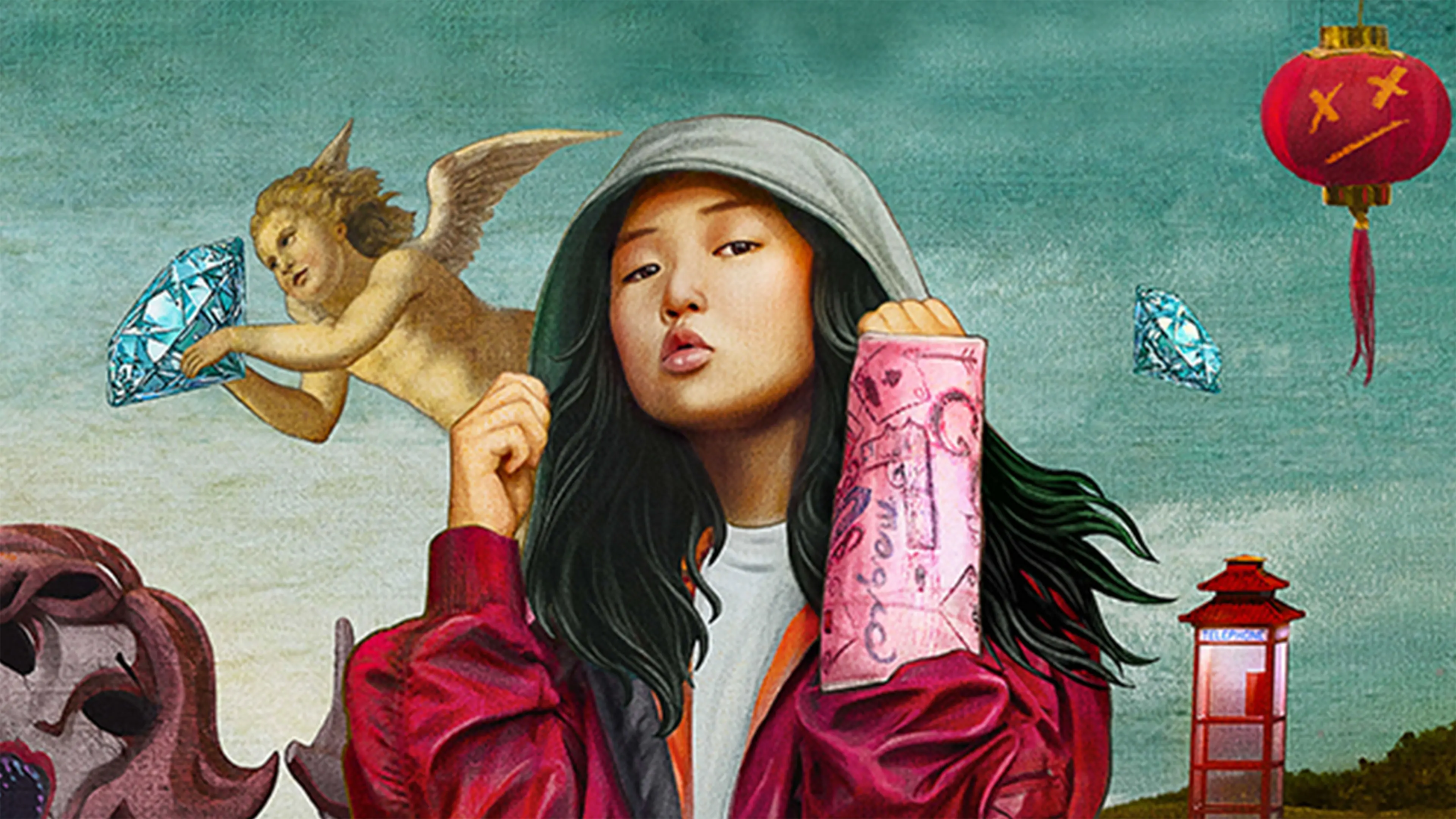 In the comics, Cassandra Cain is a highly-trained mute assassin, daughter of Lady Shiva and David Cain, who eventually takes the mantle of Batgirl after Barbara Gordon is paralyzed by the Joker and is forced to retire her activities as the vigilante. Barbara is seen as a mentor and “big sister” figure to Cass in many stories. The character was introduced in the DCEU in Birds of Prey (and the Fantabulous Emancipation of One Harley Quinn) portrayed by Ella Jay Basco, but whereas in the comics, she is considered by many the DC Universe’s most skilled martial artist, a wildly different take of the character is presented in BoP where she is an orphaned pickpocket (eventually Harley Quinn’s sidekick) who barely bears any resemblance to her comic book counterpart.

However, that is something that could easily be repaired in future installments, where we could perhaps see Cass run across her parents and the League of Assassins (who would also be a great option to serve as villains in a future Batgirl or Birds of Prey movie, by the way.) With Ella’s clear enthusiasm for the source material, it would be a big waste not to correct Cassandra’s story in a future project. By the end of Birds of Prey, Cass becomes Harley Quinn’s protegée after they leave the Birds, but with Harley being captured back by the government in The Suicide Squad, we never learn what happened to Cass after that. Perhaps we could see her whereabouts in Batgirl.

If a return for Ella Jay Basco’s Cassandra Cain is in store for Batgirl, a Lady Shiva appearance would definitely make a lot of sense. Cassandra’s mother in the comics, Shiva, aka Sandra Wu-San, is by far one of the most skilled martial artists in the DC Universe and a martial art grandmaster and has been in Birds of Prey stories, either as an ally, enemy, or something in-between, several times in comics. If somehow David Cain or the League of Assassins are some sort of antagonists in the Batgirl film, Shiva appearing in order to perhaps protect Cass alongside Barbara would be very interesting, even though that would probably be a story better suited for a Birds of Prey film since Batgirl appears to be heavily focused on Barbara Gordon only.

Last but not least, the Clown Princess of Crime absolutely could not be missing from this list. By now, Harley became one of the DC Extended Universe’s main current pillars, having appeared in Suicide Squad, Birds of Prey (and the Fantabulous Emancipation of One Harley Quinn), and most recently, The Suicide Squad, as played by Margot Robbie. Harley Quinn’s history with Barbara Gordon traces way back to Batman: The Animated Series in the ‘90s (where Harley originally debuted). Since then, the duo has teamed up and fought each other in multiple stories.

Robbie has recently congratulated Leslie Grace on nabbing the role of Batgirl and indicated that she was highly interested in seeing Harley Quinn interacting with the Dark Knightess in the future. Grace responded to Robbie’s comments with the same happy reaction and said she would also love to see Harley and Barbara teaming up. The last we saw of Harley in The Suicide Squad, she had been made free of Task-Force X once more, meaning that a return to Gotham City and perhaps running into a certain vigilante could be in the cards.

Batgirl is currently slated to release exclusively on HBO Max at some point in 2022.

Batgirl theories
Add your voice!Join the conversation on Discord...
Join Our Discord