Fans of Rick and Morty rejoice, for I have put together a few items (some general, some extremely specific), that will surely make you the Redgren Grumbholdt of gift giving.

Now, I can’t leave Funko off this list. It would be a crime to do so. From the wearable merch to Pops! to plushies, Funko has you covered. 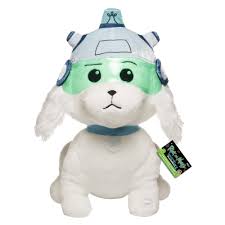 Personally, I will forever love the oversized Snowball plushie that howls when you touch it. It’s super soft, and the design is amazing! It is worth the price (as of right now, it is going for $19.95 at the cheapest on Amazon), and if the noise bothers you - or if it gives you a heart attack in the middle of the night - you can always take the batteries out, and just have a super soft, 12 inch, Snowball plush! And yes, Funko also has their range of smaller plushies where you can get Pickle Rick, Mr. Poopybutthole, Scary Terry, and more esoteric and major characters to snuggle!

If you want something that will fit more into a stocking, Funko Pop! keychains are the way to go. They also come in a variety of characters from the standard Ricks and Mortys, to the fan favorite Meeseeks, and even Summer’s one-time imaginary friend, Tinkles!

Have you seen this:
Marvels Eternal: final trailer before release 😲

Did Season Four tickle your fancy so far? How about Morty wanting to do some “DnD” stuff? Well, the comics have you covered! “Rick and Morty vs Dungeons and Dragons” has all the shenanigans of the show, mixed with the fantastical realm of DnD. You can find the series in one volume for $13.43 on Amazon, as of writing this article. Also check out Barnes and Noble for the comic as well! 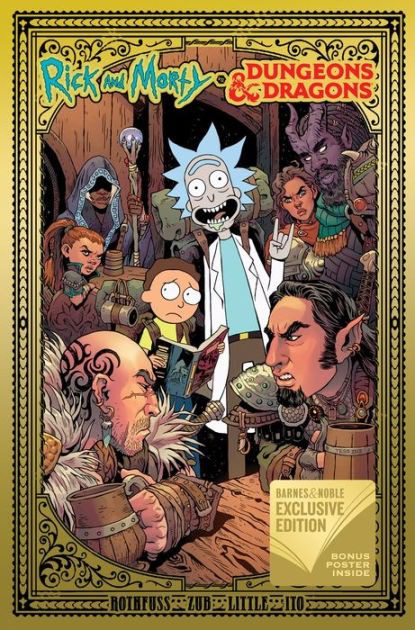 Are you a fan of adult coloring books? I know I am. Naturally there’s a Rick and Morty coloring book from Titan Books. Yes, it’s been out for quite some time, but it still stands up, and is fun to color. You can find it on Amazon for $11.64 as of writing this article.

Remember when I said I’d say “some general” things? Well, there’s one store that truly has some unique Rick and Morty merchandise, and that’s BoxLunch, where proceeds go and provide much needed meals to those who need them. There are hats, hoodies, shirts, pajama pants, dog beds, tiki tumblers, journals, lights, sunshades for your car, and so much more! These items are available in store and online, so there’s no excuse for missing out on these cool items!

Besides the comics (which are amazing), there also some books out there that are needed by fans. There is “The World According to Rick,” which is just how it sounds. It’s a book where Rick shares his infinite wisdom about the world we live in. Cynicism in-bound! It is available on Amazon for $11.67 at the time of writing this article. The other book is “The Art of Rick and Morty,” which shows behind the scenes artwork. If you know of a fan who loves the art, and enjoys seeing what goes into creating an animated program, this is THE book to get. It is currently on Amazon for $23.19 (at the time of this article.)

I’m sure I missed some items, but there are just so many to choose from!

May your holidays be schwifty and bright!