Sand Castle is hitting Netflix on April 21st and we spoke with Screenwriter and Iraq War Vet, Chris Roessner about the film.

Sand Castle is takes place Iraq in 2003, and follows a group of American soldiers in the early days of the second Gulf War. Bearing witness to the heat and the horror is the inexperienced Private Matt Ocre (Nicholas Hoult), who together with several fellow soldiers is ordered to the outskirts of Baqubah to repair a water pumping station damaged by U.S. bombs. But as Ocre discovers, in an atmosphere where resentment and anger fester, trying to win the hearts and minds of the locals is a task fraught with danger. It’s here, in the streets, squares and schools that he discovers the true cost of war.

GWW: How did the concept for the film come about?

Chris Roessner: The film is loosely based on my experiences in Iraq as a Civil Affairs soldier in 2003-2004. I think it was really important for me to have a war film exist that portrayed the American soldiers and the Iraqi people as much as possible. I’ve been in Hollywood for a bit and I haven’t encountered too many war veterans who are writing screenplays. I felt a bit of a responsibility to take a swing at it. To try to make a film that’s authentic, rich and  maybe a film that acts as a cultural artifact for those who were in the war during that time.

GWW: One of the many standout moments of the film were the different personalities among the squad. Were any of the characters based on real life comrades?

Chris Roessner: Absolutely. I think the most important thing, when I sat down to write the script, was not to build my own myth. Nicholas Hoult is based on me. It was important for me to showcase what my friends did, what my friends are capable of and honor their sacrifice. I think, also, people would be surprised with how hilarious some of these characters are because that is true to the war experience. War is hilarious until the moment it is not. I think the plot of the movie was the last thing I had done when writing the script because I spent so much time on the characters. I have this theory that when you want to impart a feeling of these characters at war, you should spend some time trying to make audiences fall in love with the characters so when they die it really hurts because that is what war feels like.

GWW: That point certain comes across in the film.

Chris Roessner: Credit to the actors. I like to think I gave them fuel for the fire but people will be blown away by the performances across the board. One of the greatest war ensembles I’ve seen.

GWW: Agreed, the film stars Henry Cavil, Nicholas Hoult, Tommy Flanagan, Glen Powell to name a few. What was it like working with this bunch of actors?

Chris Roessner: It was one of the great joys of my professional career. It is imperative, when you are making this war film where these people don’t know each other, that they quickly form this platoon like squad. In order for that to translate, to form that bond, you have to do an immense amount of work as an ensemble before the camera starts rolling and they all knew that inherently. They showed up and did their homework, they spent a lot of time together, we sent them off to boot camp. I know each and every one of those guys are still friends and very much in contact today. It was kind of it’s own mini-crucible for all of them. We punished everyone a bit so they could form these bonds and I’m proud of how it turned out.

GWW: Normally with a film such as this, they’ll hire a consultant or advisors of some sort to confirm certain facts, attire, etc… Was that the case for this film as well or was majority of what was referenced from memory?

Chris Roessner: One of the jobs I had besides writing the film was that I was also an executive producer on the film, which was gargantuan. So we still very happily had quite a few military advisors on set who were able to take care of the more specific things of that era. I helped with vehicles, costumes, that sort of stuff but my job primarily was first-and-foremost to ensure the authenticity of character was there. Even if elements of the plot shifted, my main job was to make sure authenticity of character was paramount over everything else. I spoke to the actors quite a bit, there was late night conversations where people would knock at my door and we would talk about the people they were playing. Again, that authenticity shines through their performance and that was my primary job while I was there. 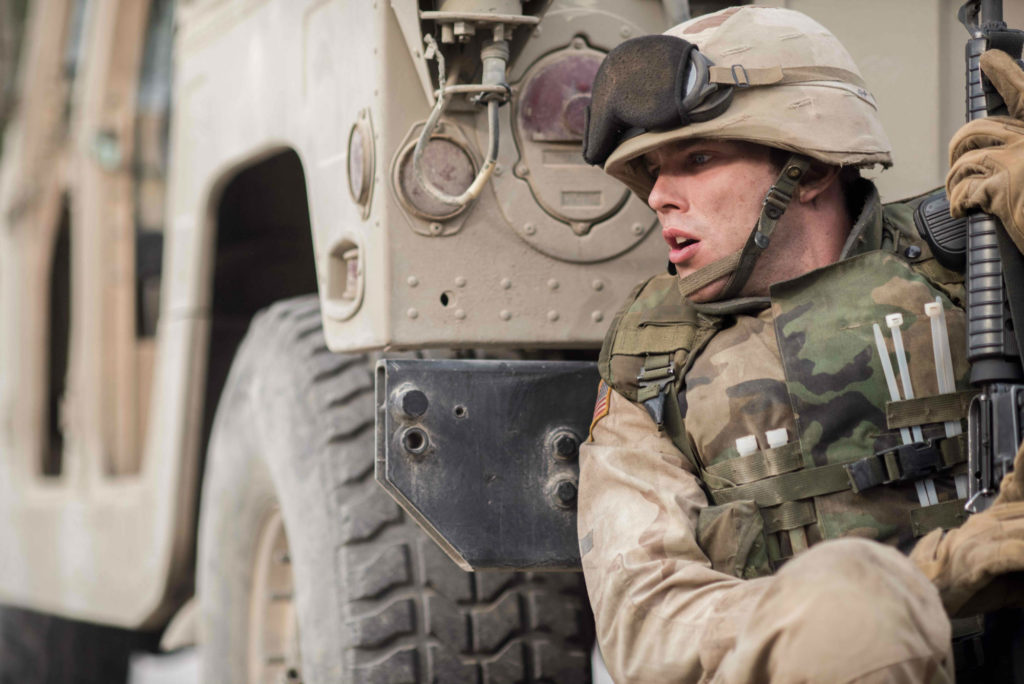 GWW: You guys had been filming in this heat and conditions for months at a time. Throughout filming, were there any lighter or funny moments that occurred on set?

Chris Roessner: It’s funny actually, because I made this comment that the making of the film was a condense war experience. In the sense that, when everyone showed up for pre-production, we worked hard during the day but we partied a lot at night. We would go out, drink, have a good time, but the second filming started, which is like the second the war starts, all of that goes away and everything gets serious. That was definitely the case, it neared the war experience in this one-to-one kind of way. Also, when everyone is working long hours and hot during the day, cold at night, just like it is in Iraq, it does bond people together. We were all in the foxhole together. There are these beautiful scenes in the film that take place at night. There is a helicopter evacuation scene, there’s the crossing the border from Kuwait to Iraq where flares go up. Even those scenes happened later and we are exhausted, being in the middle of the desert with all this equipment and helicopters and flares, there is not a single person jaded enough not to look up and say this is amazing. What a special experience. What a special experience to share with all of these people. The night shoots were magical.

GWW: This is a film that does a wonderful job shedding light on the war zone and one of the biggest takeaways from this film, for me, was that it doesn’t exactly end with this perfectly happy little ending.

Chris Roessner: Absolutely. We were really protective with that and we didn’t want to wrap this up in a little bow. I think that would be offensive to me and the people I served with. Sometimes you fight and die and turn the ship just one degree. That is what war is. 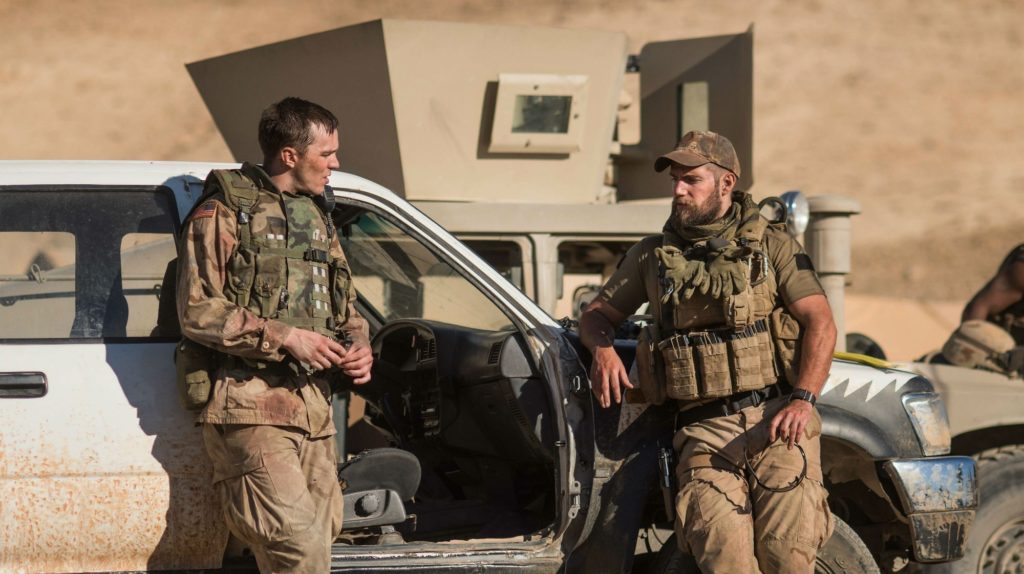 Sand Castle is directed by Fernando Coimbra and written by Chris Roessner. The film will launch in all territories where Netflix is available on April 21, 2017.

Check out the first clip to the upcoming film: