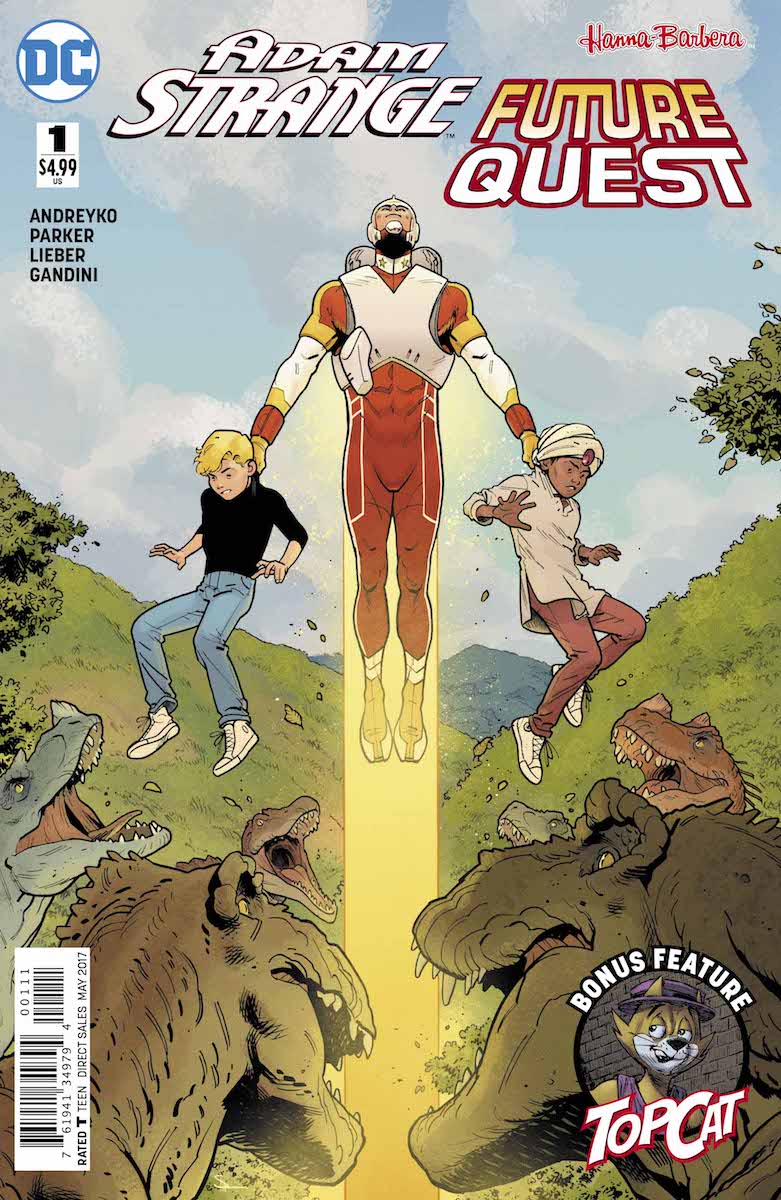 Adam Strange finds himself hurled through the vast void of space. Crash landing on a lush, green planet, he finds himself confronted by a caveman and Dino Boy. The young boy immediately calls his friends Jonny Quest and Hadji to tell them that he thinks a new vortex opened up and brought the disoriented Adam Strange to another Earth. As the Quest’s alter course to answer Dino-Boy’s call, a group of mercenaries is gathering in the distance bent on revenge for being stranded in the valley. As Adam is confronted by Doctor Quest and Race Bannon, he finds it hard to remember who he is. A phenomenon that is an interesting plot point for potential future stories set in this world. 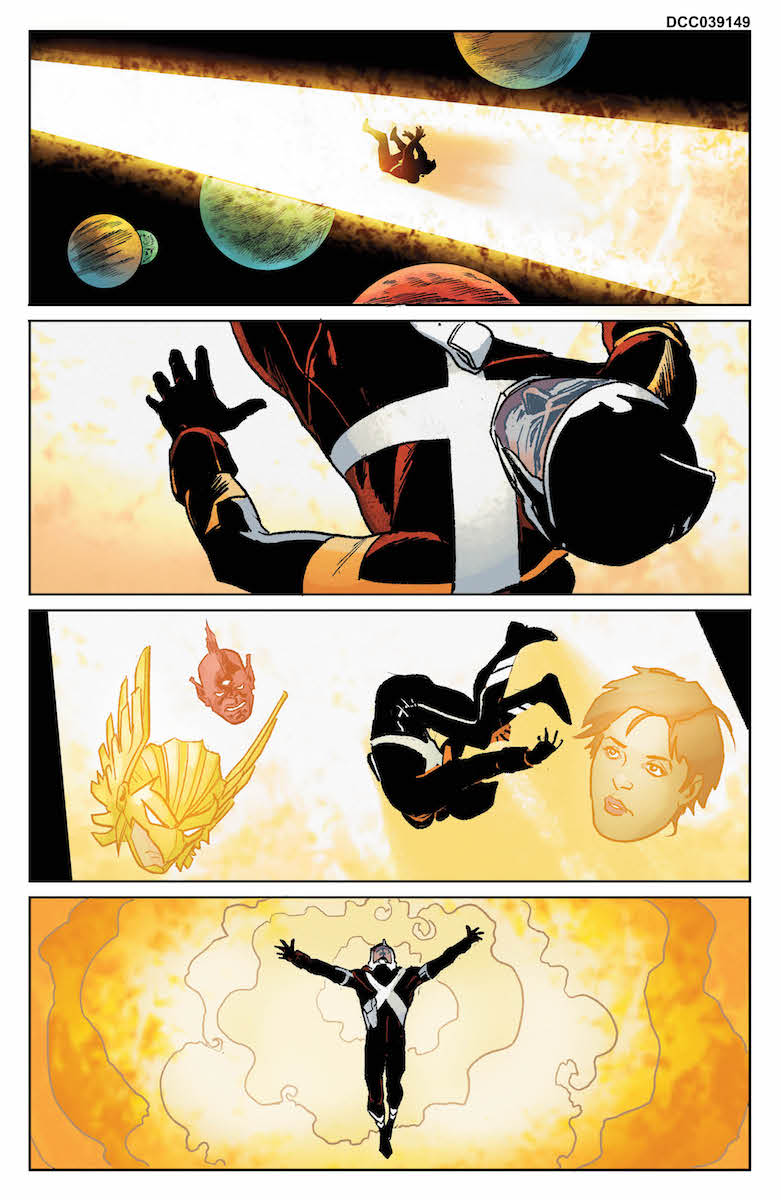 As Adam starts to regain his memories, Race is naturally on edge. He is wary of the new strangers and what they have been bringing with them. He doesn’t have too long to consider the ramifications as the mercenaries attack with an army of dinosaurs, jump starting Adam’s memories and forcing him into action. As the battle rages across the valley, it draws the attention of a passing Birdman. The hero descends and helps turn the tide and try to help find a way to send Adam Strange home.

As team up stories go, this one felt a little low stakes. The story was fun enough for what it was, but there wasn’t enough there to really get me invested beyond the surface. Andreyko and Parker tell the story well and Lieber’s art is good, but the overall story itself doesn’t really excite or engage. It invokes a classic “What If..” motif, but not much else.