Adventures of the Super Sons #9 Review 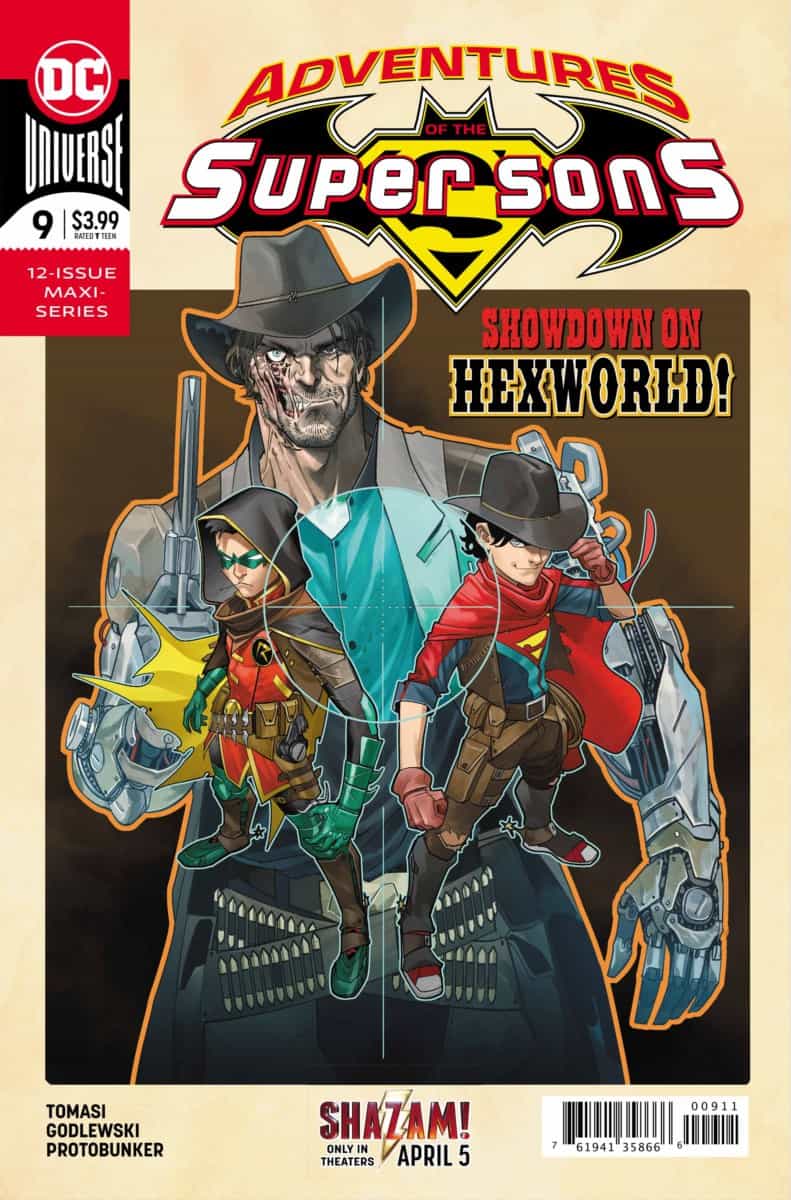 On another planet on the Super Son’s journey through space, a band of alien outlaws has the drop on Jonah Hex. When the Super-Sons move in to stop them, we discover that the Jonah Hex on this planet is a robot version of the legendary lawman.

Robo-Hex decides to help the boys and their Green Lantern trainee to escape the planet by getting them to a city running the trains off world. As they leap into action to hijack the train, Lantern knocks out Hex for his own reasons, Damian refuses to ask for help and Rex Luthor and his Injustice Army reach Earth.

Tomasi keeps the story moving in this issue. Jon, Damian and their new friends are moved from one location to another and it looks like this time they might be closer to getting to somewhere they can be useful. As entertaining as moments in this issue are, they still don’t overcome the thought that this story hasn’t justified its existence. Like the issue before it, this feels like filler to meet the issue goal. There’s nothing particularly memorable about this part of the story and the only thing going for it is the robot Jonah Hex. Even that doesn’t really go anywhere and the biggest conceit in the issue is a moment at the beginning of it where adventures are teased that we didn’t get to see.

Adventures that sound way more interesting that what was actually delivered.

Scott Godlewski does a great job with the art in this issue. I wish he was given something more interesting to work with.