Agents of SHIELD has been hitting on all cylinders with their most recent story arc, the continuation from the LMD into the Framework, and the Hydra World Order has been nothing short of extradorinary! The upside down world where Madame Hydra, (Aida for those of you playing along at home), reigns supreme and SHIELD is reduced to an underground resistance group assisting relocating Inhumans is brilliant. The drama and conflict is upped because Hydra is looking to eliminate The Resistance. The incredible performances from these bizarro world characters, and the struggle of Daisy and Simmons to try to rescue their team from the Framework is executed flawlessly. Even the color palette used for filming gives the world our characters are living in an artificial borderline dystopian ambience, and just  drives the energy home. 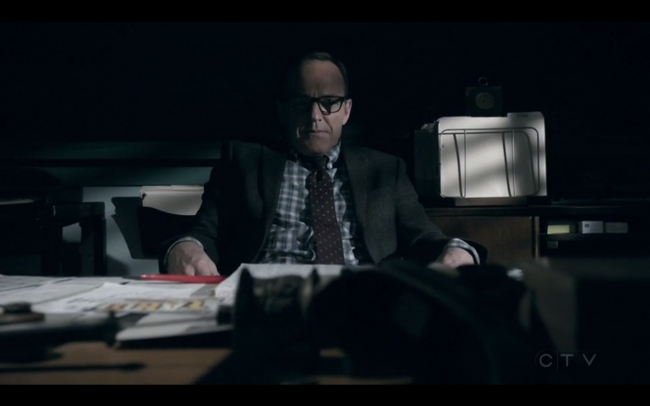 We start this episode with Coulson being brought into and debriefed on the reality of the situation. Even though fragments of his memory of the real world have been coming to him, he is still unclear about his real life. Clark Gregg is positively brilliant, and the ’embarrassing dad’ conspiracy theorist persona he brings to life for his Framework identity is absolutely hilarious. The conviction he gives to the crazy parts, the sentimental parts, and lines about making his own soap to avoid the Hydra brainwashing blue soap are all perfect in  each scene. Coulson had been a favorite of mine from the MCU since the beginning, and truthfully every second he’s on screen reminds the audience why he was given an entire show focused on him and his new position in SHIELD. His performances are top notch, and he always make sure that all of his fellow co-stars stay at the top of their games. 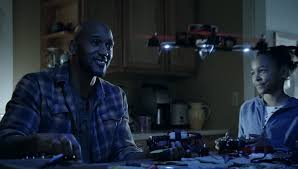 Throughout the episode we see Mack, with his daughter alive and laying low to avoid Hydra attention. Ultimately Mack, desperate to protect his daughter, follows along with May’s orders, and tricks Daisy into exposing herself to Hydra. We get to see a short elevator fight ala Winter Soldier, which I wish they would’ve expanded on a bit more, even nearly mirroring the Captain America scene would’ve been incredible. Daisy is captured by Hydra, beaten, and left to be dealt with by Fitz. Meanwhile, Simmons and Coulson are taken by Ward to meet the Resistance, led by Jeffrey ‘The Patriot’ Mace. Ward, Simmons, and Coulson go after Radcliffe, eager to find a path out of the Framework, which he claims there is no escape due to modifications Aida had made.

Speaking of Aida, Madame Hydra, in all her glory, has been nothing short of exceptional in this arc. When confronting Radcliffe and looking for Ward, Coulson, and Simmons; her commanding presence, her stoic arrogance paralleled with her emotional outbursts at any indication made towards her Aida identity on the ‘other side’ are outstanding. Mallory Jansen is at the top of her game in this arc, and her partnership with Iain De Caestecker’s Fitz is perfect. The scene where Radcliffe tries to appeal to Fitz, trying to remind him of his real self, his relationship with Simmons, only for The Doctor to shoot Agnes point blank was so powerfully performed and crescendoed with the pure emotional scream from Simmons was absolute art. The performances in this episode, so many performances from this show as a whole, the fact that they go without Emmy recognition is just mind boggling as I sit and rewatch these masters of their craft over and over again. 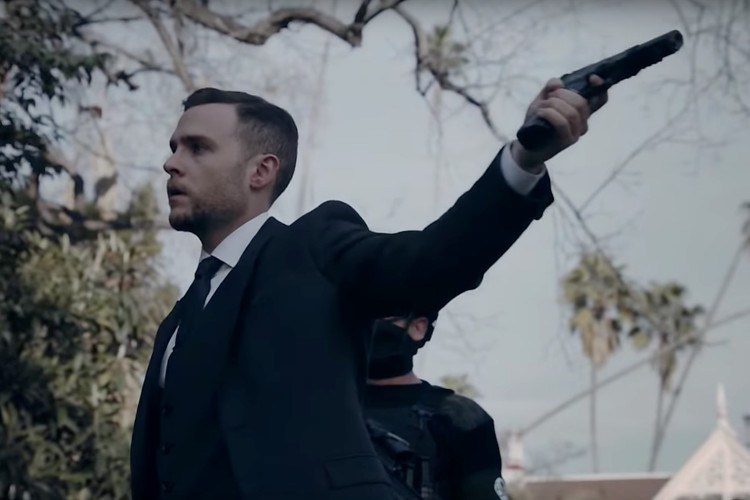 Agents of SHIELD may not have the strongest ratings on television (which is an absolute shame), but if you’re a fan of comics, the MCU, or wonderful story telling in general, I implore you, watch this show again, beginning to end. There is no shortage of wow within the episodes of this wonderful show. As we end this episode with arguments amongst the resistance, we see Coulson getting his authority back, Simmons crushed, Daisy beaten, Mack coming to the team wanting to help to redeem himself, and the soul of SHIELD glowing brightly in the basement of the Framework, preparing to take the fight to Hydra. The last scenes of this episode are living comic book panels that have you closing the book with an undying eagerness to jump right into the next edition. What will happen next? Can our team save Daisy? Is there hope for Fitz? To what end will Madame Hydra go to ensure her perfect world stays together?

I personally can’t wait to find out, until next time #keepitnerdy