The next film in the Alien universe is soon to be upon us and the studio has decided to give fans an extended look at the film before its theatrical release.

In the extended trailer, that clocks in at just under five minutes, we get to see the crew of the colony ship Covenant as they commence their long journey to what they think is a paradise. You get to see them interact with each other before going into cryo-sleep and there is a sense of a light tone that foreshadows the drama that is to come. The trailer, titled “Last Supper” is ominous in itself given the plot and subject matter of the film.

The proverbial “calm before the storm” moment is a mixture of the dinner scene from the original Ridley Scott film Alien and the close familial bonding that was prevalent amongst the Colonial Marines of Aliens. In a sense, we are given this rare moment of levity in order to find common ground and an affection for this group of people as they head off into an unknown and frankly, dangerous future. 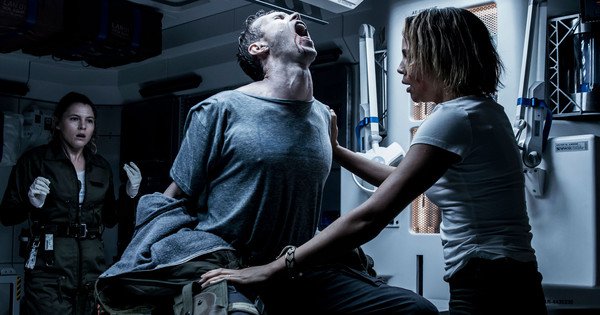 This direct sequel to Prometheus looks like it’s gearing up to amp up the terror and tension as Covenant looks to bridge the gap between the previous prequel and the original film.

Let us know what you think of the feature and your feelings about Alien: Covenant in the comments below.