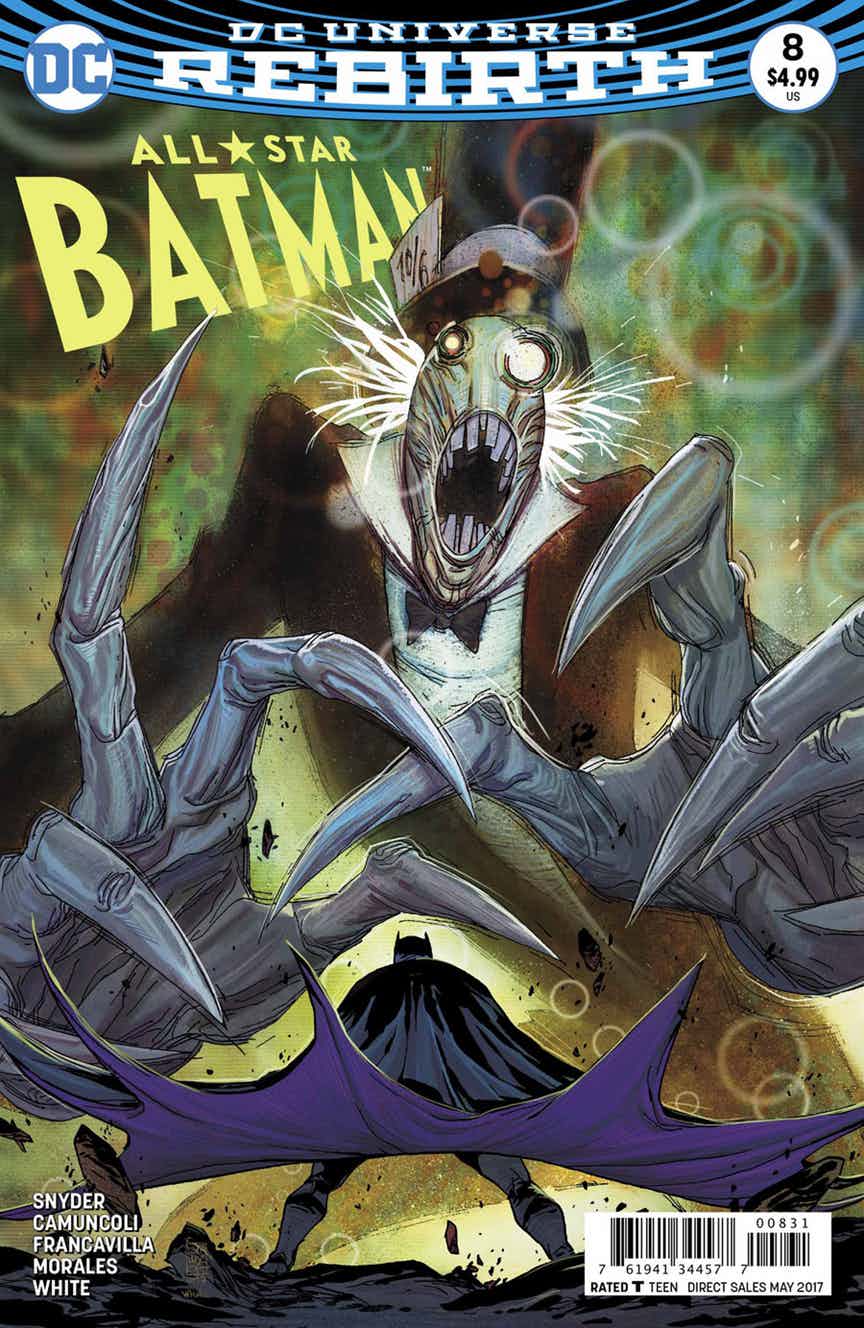 All-Star Batman is two-thirds through a year of “pits” and it’s never been weirder than it is with issue #8. Fittingly, too, as this issue pits Batman against Mad Hatter. Snyder channels some of his AD After Death prose with an extended narration before mixing up the already unorthodox delivery with some truly bizarre Hatter sequences that feel right at home with the Alice-obsessed Jervis Tetch.

One thing I loved about All-Star Batman #8 is the use of a familiar fan canon story thread revolving around just who Batman and his gallery of rogues really are. Is he the caped crusader, or just a crazy person who has assigned even crazier alter-egos to all of the doctors and co-residents in his life? You don’t need to believe it for a second to still get caught up in the madness that ensues, which is accompanied well by some Carrollesque pictorals. 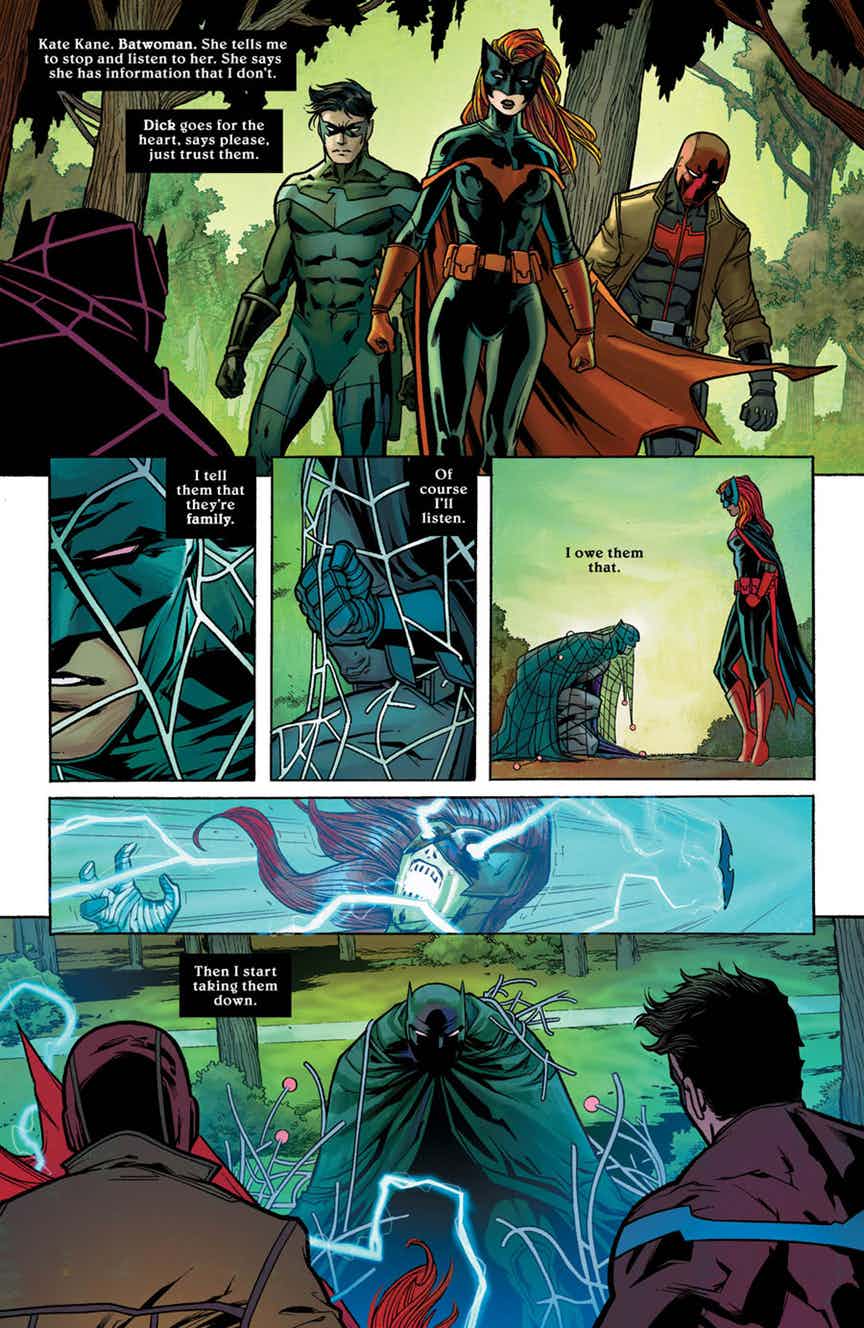 The issue embraces the rabbit hole which it quickly goes down, and may even require a re-read of some parts or even the whole issue because it can be quite impenetrable and purposely hard to follow at times. Unlike a few issues ago where the Mr. Freeze drama left me more confused than Snyder may have intended, the Hatter’s tricks and deceptions are all deliberate, and thus feel well earned.

Along with the trippiest of Batman tales so far, Duke’s side-story in the back quarter of the issue has never been better. You can tell Snyder is well aware of the reservations some fans have shown for the newest sidekick in training, and in a sort of meta-commentary, Snyder addresses that head on. He even teases a reveal of his superhero name, which many like me have been waiting for. It’s getting harder to shrug off Duke as an unimportant experiment from the now veteran Batscribe.

Mad Hatter is definitely a tough villain to take seriously, but no one is expecting him to behave like Ra’s Al Ghul or Bane, so if you embrace him for what he is, you may find he’s more tolerable this time around. At least, that’s what happened to me. The most exciting part of this issue, however you feel about Mad Hatter, is the dangling thread that sets up the next issue with another (possibly teased?) villain reveal. Next time, we find out who’s behind it all.