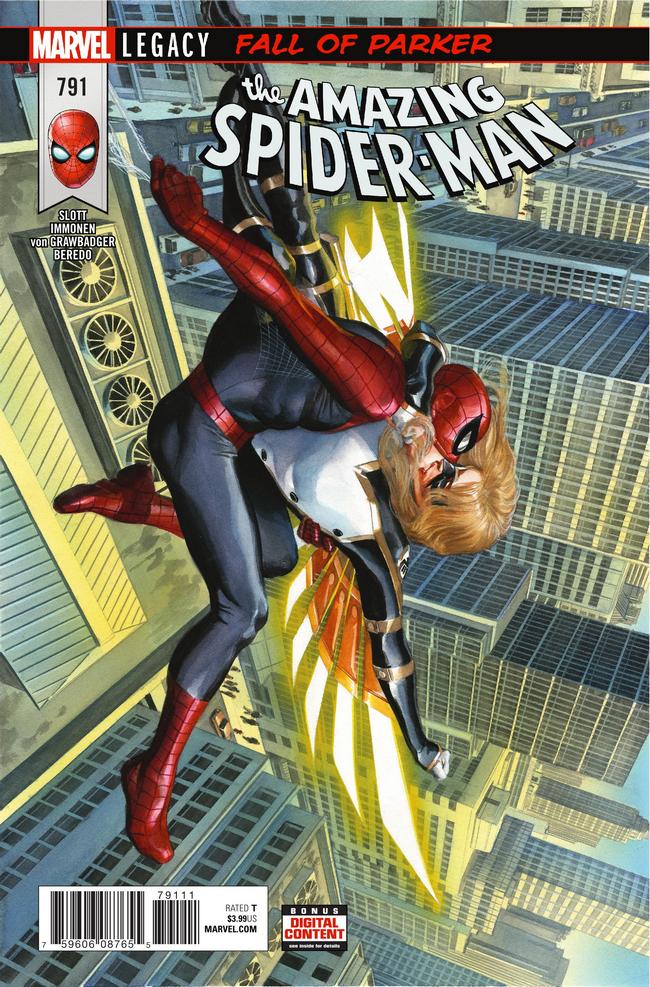 We open on Spidey and Mockingbird fighting some villains. Peter suggest wrapping up the fight as he starts his new job in the morning. We get a look at an overeager Peter Parker. Starting as the Science editor of the Daily Bugle. As usual, Peter takes the hard way and comes in through a window, completely bypassing security. Peter meets some of his staff, though they are not too excited to have him. Due to him running Parker industries into the ground.

Bobbi meets with a tech company, Humanitech. Bobbi is able to get Peter an exclusive interview. The team meet up and get a tour of the company, meeting the new robots they are creating. A mishap happens and one of the robots attacks a writer. During the attack, the robot quietly said “Stop… Please Stop me.”. After the incident, Peter and Bobbi decide to come back as Spider-Man and Mockingbird. 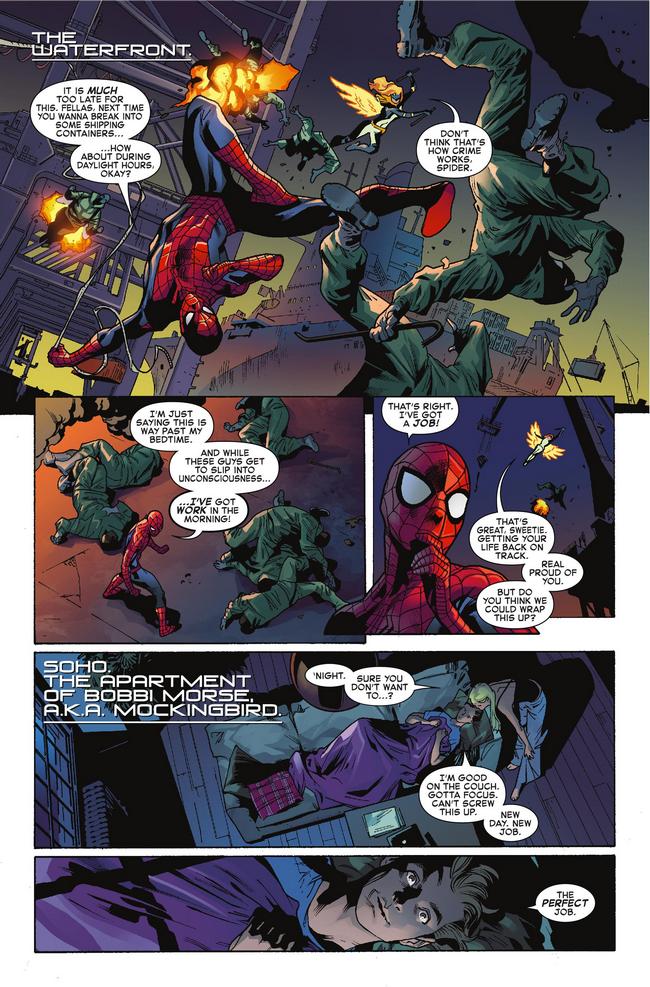 Have you seen this:
Comfort Horror: Killer Klowns from Outer Space

Once inside they discover the Robots aren’t using normal A.I. they are using actual human brainwaves, similar to how Doc Ock stole Peters mind. (Amazing Spider-Man 699-700). Suddenly the Duo are attacked by the robots. Peter rips open the head of one when it asked him to. Inside the mind of each robot is part of Quicksand, one of Thor’s villains. After Quicksand leaves, Peter writes up a story for the bugle.

This a rollback of Spider-Man. Slott is bringing Peter home to work in a position that’s right for him. I’m a big fan of Slott’s writing style and I liked the trip he took Peter on. I’m very curious to see where he is taking this next. Stuart Immonen’s art is fantastic and really captures Spidey and his moves. I hope he stays on the series for a while. This has been a fantastic arc with lots of nice callbacks.

Amazing Spider-Man dan slott Marvel
Are you an Insider?News, reviews, & updates are just the beginning.