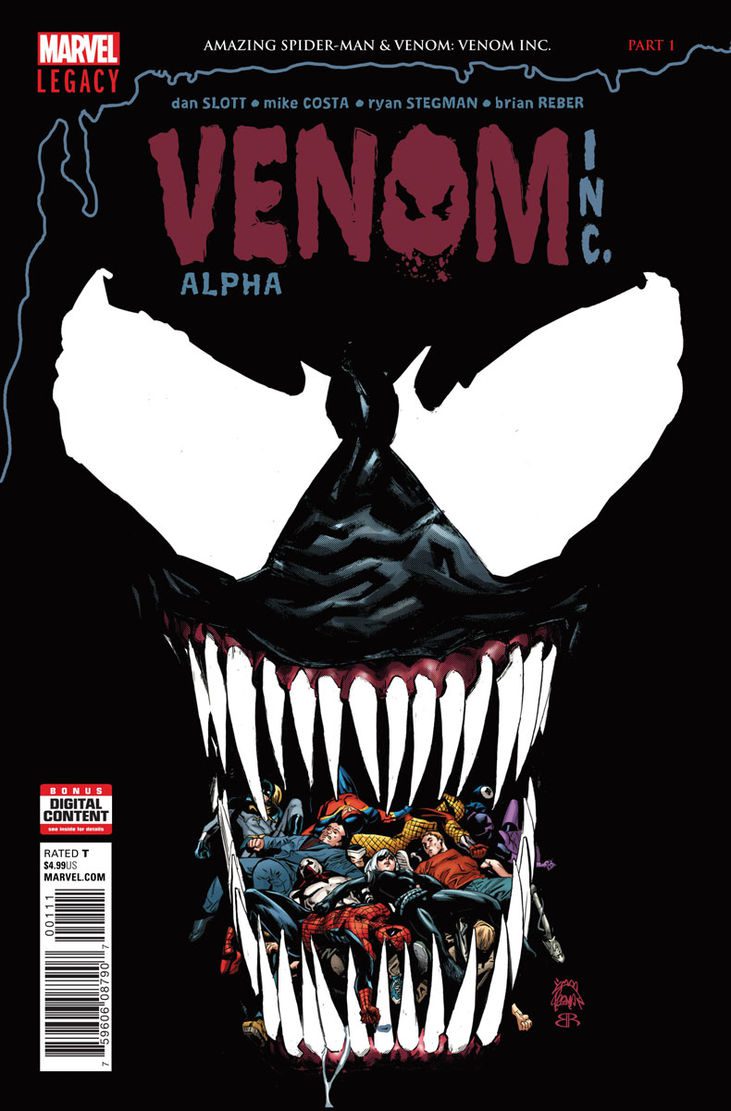 Serving as a tie-in and opening for a new event titled Venom Inc. This issue opens with Mania swinging around a city looking to stop some crime. She gets a call from Flash Thompson. He’s on the search for his old symbiote, which is now back on Eddy Brock. During the fight, three men in masks show up and start blasting mania with sonic and fire blasts before knocking her out. It cuts to Spider-Man (Peter) taking on the ringer and tumbler inside a museum. The next day Flash and Peter meet up, wanting to discuss helping flash track down the suit. Peter is hesitant and leaves it at that for now.  We see Venom (Brock) stopping the Looter a low two-bit crook. Venom wants to eat him, but Brock won’t let him. 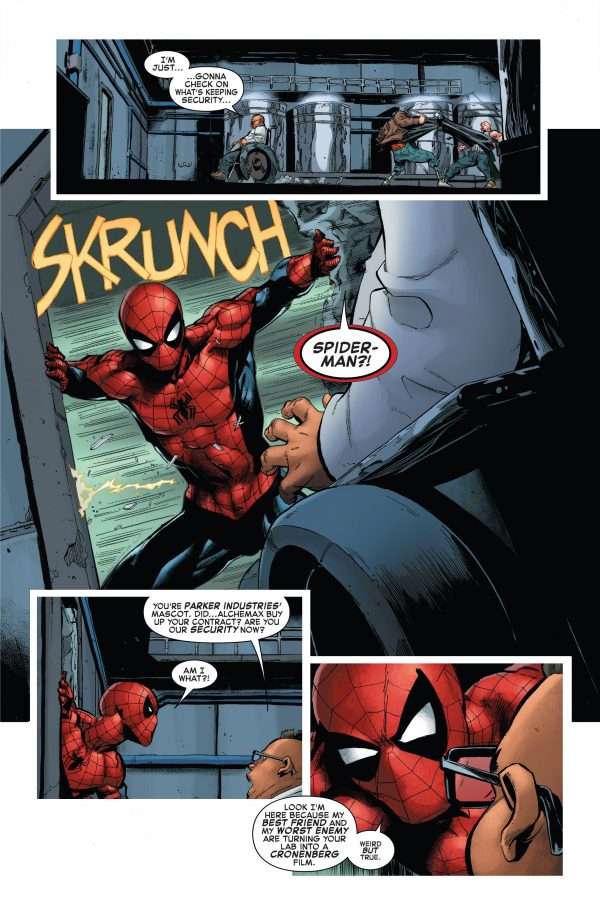 The two start fighting, leaving Brock saying he’s had enough and needs to stop this. Brock heads to Alchemex, Flash sneaks in after him, tailing him.  The two meet and the symbiote is torn between them, Spider-man breaks in attempting to stop them. During the fight, Peter dumps a venom “Cure” on them leaving flash Thompson standing as Agent Anti-Venom.  We see a random man with maniac’s symbiote infecting others with it.

This is a new arc they are starting a war of the symbiotes in a way. After Venom-Verse, you’d think this would seem like a cash grab, while it is, there is some heart behind it. The characters are well thought out and seem to be doing the proper things. The art is all around fantastic. Even if you are not a fan of Slott’s writing I still suggest this title.