American Gods concluded its first thrilling season just last night on June 18th, 2017. As a historian, finding the many Easter eggs of religious mythology was thrilling to me on so many levels.

I have been enamored with American Gods since someone first suggested I watch the program on its home network Starz. I love getting invested in television dramas but we all know it’s difficult to commit the time and energy into a new show.

After the first season, however, I am thankful I became a disciple to the brewing battle between the Old Gods and the New.

This episode began with a return of one of my favorite deities, the Bespoke Trickster, Mr. Nancy (Orlando Jones). Jones stole the show in his previous monolog during The Secret of the Spoons episode to African slaves on a Dutch ship. Many have speculated he may be Loki; however, he represented West African animism in the forms of tigers and monkeys. He is a deity known as Anansi.

The episode began with him tailoring suits. Spiders crawled throughout the threads. This is because, in the original Ashanti tales of the trickster god, the West African deity Anansi (the ancient name for Mr. Nancy, the trickster) is both man and spider. Like Prometheus, he stole stories from the great sky god and gave them to the mortals down below.

He decided to practice his favorite past time by recounting a story to Shadow and Wednesday from 864 BCE in the Temple of Bar’an.

The Flashback sequence began under the light of a Red Moon. Red moons have existed as part of mythology since the dawn of time and they normally spell feasting time for the gods. Bar’an was no exception. Mr. Nancy described in great detail that kings rose up to challenge the goddess of femininity.

All of them met the same fate as the hapless online date we saw Bar’an ingest in her divine lady parts in the pilot episode. This was her backstory. After her popularity had waned, Bar’an survived through the ages while still ingesting the love of others. It showed her in the 1970s in love with another woman.

At her partner’s deathbed, the camera panned to a golden serpent bracelet around her partner’s wrist. The serpent has long been a mythic figure associated with male energy and dominance. The serpent cost Adam and Eve their innocence in the Garden of Eden. In the hospital, it also cost Bar’an her most precious treasure. Much like losing Paradise, she lost her way in life as well.

Then in 2013, Bar’an was shown to be living as a homeless woman. It was a gods-to-rags story. She helplessly watched her old temple destroyed by ISIS, some of the most notable religious misogynists of the modern era. 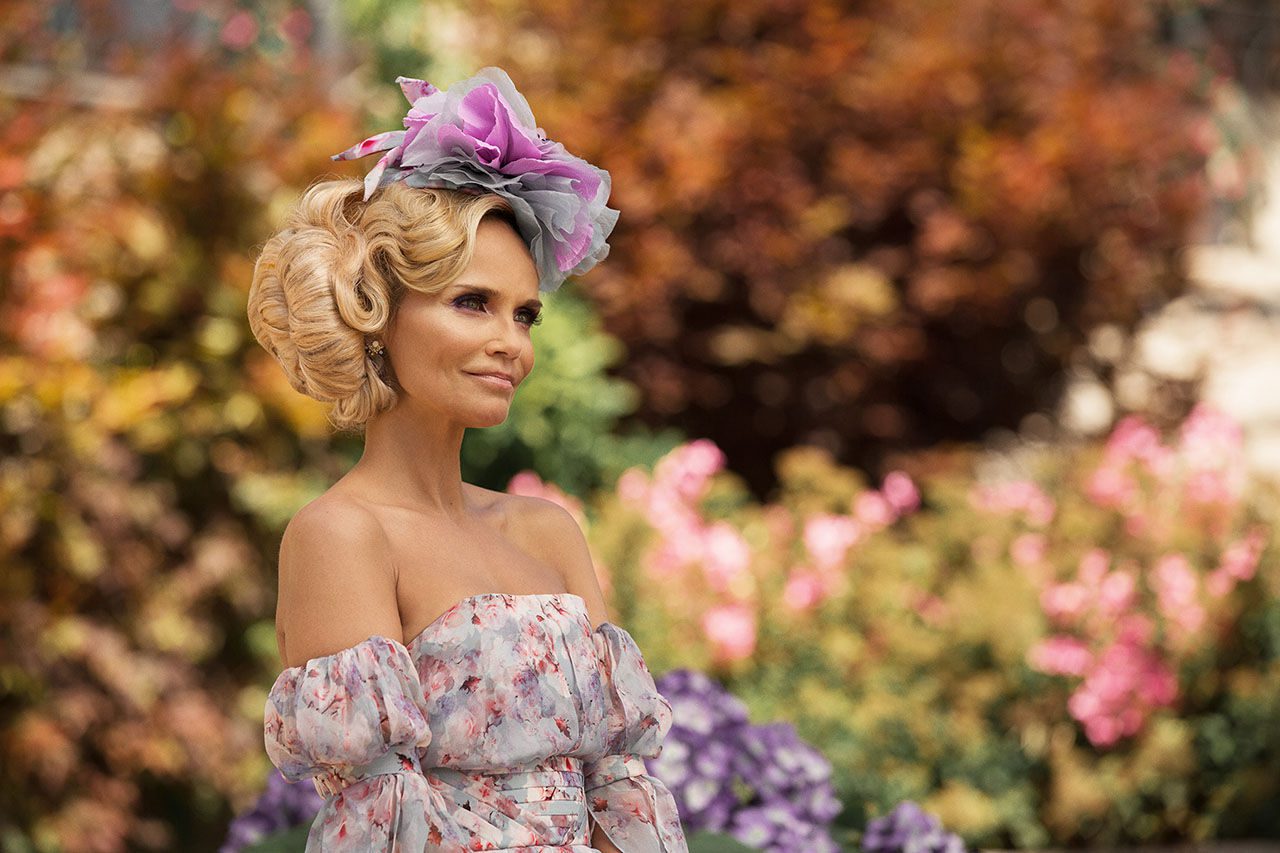 After her temple fell, the Internet arrived for a meeting. He handed her a phone with a pre-loaded dating profile. He explained it was a new altar to replace her old. This explained why she was consuming new followers from online dating in the pilot episode.

Have you seen this:
Marvel Comics review: Silk #1

We returned to the present to find Shadow and Wednesday discussing their plans for the upcoming battle. Shadow was still shaken up by the death of Vulcan at the hands of Wednesday in the last episode we saw them. Wednesday explained to Shadow he was confused, not angry. Mr. Nancy seemed to like the anger he saw in shadow:

Shadow had another vision of the great tree and the creature with the flaming eyes. This is clearly a sign that he will play a role in the major Ragnarok/Armageddon to come.

After he woke up, we discovered that Mr. Nancy designed a purple suit for Shadow. Purple is a color of royalty for the Ashanti people in Africa. Perhaps the royal color is a clue to Shadow’s origins or greater importance?

Then the episode took its most delightful turn when Shadow and Wednesday traveled to Kentucky celebrate Easter. There they found a house full of Jesuses.

(I double-checked and found that Jesuses is the plural of Jesus!)

All of the sons of Yahweh had arrived to celebrate Easter with the goddess herself. I knew immediately that the pagan goddess of the holiday would feature into this episode when I saw Wednesday and Shadow pass the bunnies on the street. Bunnies and eggs have long been symbols of reproduction, normally associated with the sacred feminine.

The episode perfectly highlights and makes a good joke out of the Christian hijacking of Easter. The Easter goddess is called Ostara by Wednesday. This is because Ostara was the name of the spring goddess in Old German. She is also known as Ēostre,  Ēastre, or simply Easter.

The Jesuses represented all the different forms of the Christian savior throughout the denominations. Wednesday said that when various believers closed their eyes and prayed, they all saw a certain form of the Christ.

One funny sight gag was a Jesus holding handfuls of candy eggs that rapidly fell through the stigmata in his palms. This may be construed as an error because stigmata really occur in the wrist. The wrist is the spot where men were nailed for a crucifixion because the tendons of the hands can’t support the weight of a man.

HOWEVER, I would say it is not an error because the image of the gods is based on belief. Wednesday makes it clear that gods exist because people believe in them and how they picture the god determines their appearance. Since stigmata is so commonly believed to be in the hands, it is actually more likely that stigmata Jesus would have appeared the way he was most commonly perceived.

Wednesday also had a hilarious moment where he told one of the Jesuses plainly, “It’s her day you took it.” 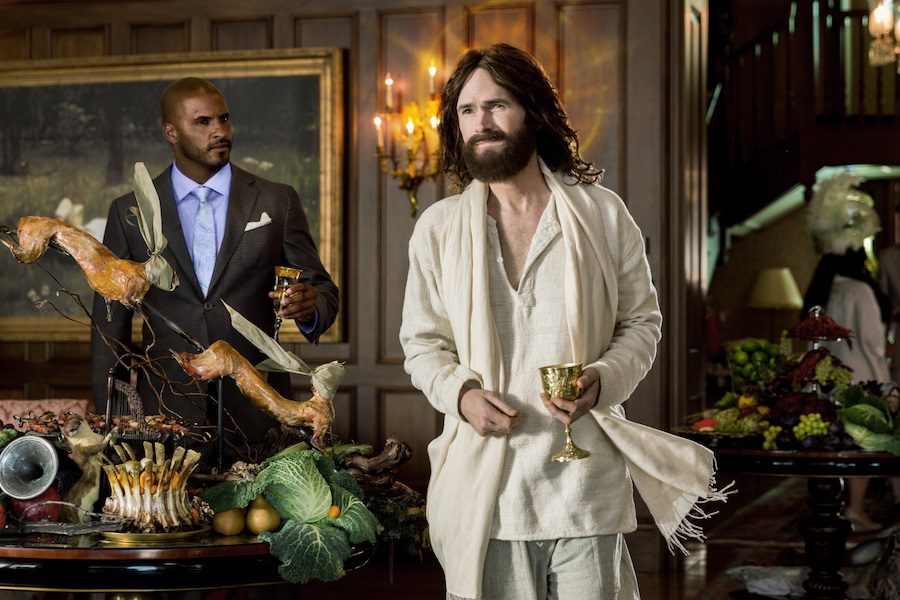 To his credit, the Jesus seemed to feel very bad about the whole hijacked holiday. I hope the script’s direction read, “Jesus wept”. I prefer to believe it did, so based on American Gods rules, that must be true.

Have you seen this:
Battlefield 2042 Ultimate Edition (REVIEW)

I won’t spoil all the endings of the episode but we learned some startling facts about Laura Moon and the real circumstances behind her death. It only supported the notion that Shadow is highly important in the battle to come.

“What do you think gods do?!” Mad Sweeney to Laura on the activities of gods.

We also saw the New Gods arrive to confront the Old Gods at the Easter party. Despite being an Old God Ostara had managed to stay young, powerful, and vibrant because her holiday is still celebrated so widely in the present.

However, Wednesday was quick to point out that she was forgotten and no one truly prayed to her anymore.

It turned out Ostara was Wednesday’s trump card in the war with the New Gods. She clearly remained powerful even though the time for her worship had ended. She demonstrated her power when she manifested her true form and created a blight over the Kentucky harvest. This was a plague of biblical proportions. The ground turned brown and the vegetation dried up.

This blight had been Wednesday’s plan all along. The hunger that resulted would remind people the gods still held the power over the seasons and they would resume praying to them once again.

Wednesday manifested his true form as well. He finally told Shadow who he was, which should have been obvious at this point. Shadow claimed he read hundreds of book in prison, most of them on history. I am surprised he never read any on Norse mythology.

If he had, he would have known Wednesday revealed his true identity in their first encounter. He asked Shadow, “What day is it?” to which Shadow replied, “Wednesday.”

Wednesday replied it was HIS day. The days of the week are based off Norse deities, and Wednesday is associated with Odin. Other names for Odin are also Wuotan or Wōtan, and his hammer man, Czernobog, constantly referred to him as the latter.

Of course, we could forgive Shadow for being a tad busy/preoccupied to bother to look this up. He also had no access to the Internet as Wednesday precluded electronics during their travels. Most likely to stay disconnected from the Technical Boy and Mr. World.

The episode concluded with the gauntlet being thrown down between the Old Gods and the New. Mr. World made it clear to Wednesday, who has now revealed himself as Odin, that this would be the battle in which he would die.

Personally, I am thrilled for the upcoming battle next season. I both love and hate a cliffhanger but it’s an excellent display of writing when the reader/viewer is left wanting more.

And as a historian, I am also excited to find the minute references to mythology loaded into the episodes. I am looking forward to hunting more Easter eggs of mythological trivia next season! 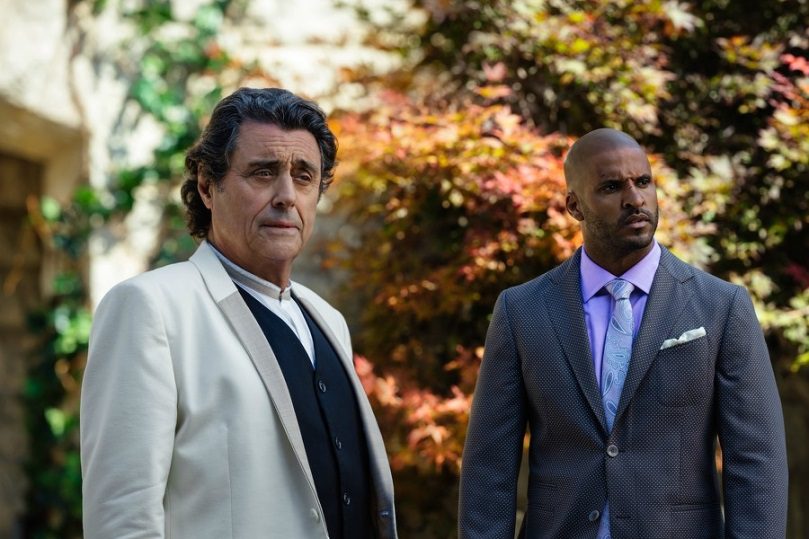 If you are also fans of history, check out my alternate history book. With Superheroes: