‘A Prayer for Mad Sweeney’

In the next to last episode of the first season, we are given a rare moment to look back and get to know the history of the always entertaining Mad Sweeney. 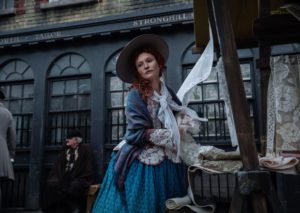 Like many of the episodes, this one begins with a story. This one is about Essie McGowan and her life in Ireland, her being told stories of the fairy folk and as she gets older, she starts to look a little familiar. As she adheres to an old tradition, she attracts the attention of a familiar face. Even the tragic circumstances of her life do not dissuade her from following the old traditions and her luck is the better for it. As the story shifts back to the present, Mad Sweeney, Laura and Salim have made their way to a location where Laura can release Salim from his bargain. Laura and Mad Sweeney steal an ice cream truck and continue on their journey.

Have you seen this:
The Witcher Season 2 Episodes 1-6 (REVIEW) 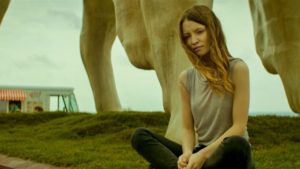 Essie’s story continues and her luck begins to run out. In prison she begins a conversation with the man in the next cell, who just happens to be Mad Sweeney himself. She tells him tales of America and the promise of new life. Essie’s luck takes another turn as she is sentenced to life in America to escape the hangman’s noose. Mad Sweeney picks up the story from that point as he and Laura get closer to finding Shadow and Wednesday. As Essie’s story comes to an end, we are shown, through flashback, the real story behind Laura Moon’s death. The reveal is surprising, but we aren’t going to get enough time to process it as the next episode is the season finale. 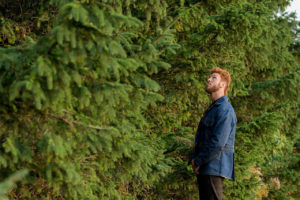 From a story standpoint, this episode works really well. It is entertaining and engaging. You are given time to learn more about the characters and there is an interesting and frankly endearing quality to the relationship between Mad Sweeney and Laura that is juxtaposed in the scenes between Sweeney and Essie. It is strange that this is the episode they decided to go with before the season finale. The last two episodes before this one were ramping up the drama leading into the final showdown, but this one slows everything down a little too much. Had this episode come earlier in the season, it would have worked a little better to humanize both characters as their journey continued. Taking their time to stop at this point and give the viewer a more subtle narrative before the finale might be a good move. We’ll have to wait for the finale to see if it was worth it.

Have you seen this:
DC vs. Vampires #1 (Review)