There are very few who can stand eye to eye with Marv Wolfman in the ever-growing world of comic books and geek culture. With a career spanning over 50 years as well as having worked for both Marvel and DC Marv Wolfman has seemingly seen and done it all. He’s created and worked on some of the most iconic characters in comics. and to say that he is a legend is an understatement. His body of work includes, but is not limited to, the Teen Titans, Superman, Spiderman, and the Fantastic Four. So, when I was asked by the Geeks WorldWide team if I would like to interview him at Wondercon 2018 I had ZERO hesitation in saying ‘YES!!!’

And that’s where the challenge arose. I’m sure Marv Wolfman has been interviewed thousands of times. What would longtime, as well as new, comic book readers want to hear from him that they haven’t heard before? For that, I had to re-visit his body of work and realize that there was literally no topic in comic books in which he wouldn’t have a strong and definite opinion. After a quick discussion with the amazing PR reps of DC Comics, I was ready for the interview.

Meeting someone like Marv Wolfman for the first time is a great experience simply because of two things: 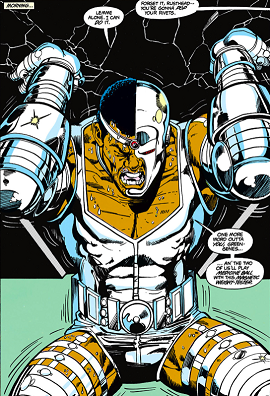 I asked Marv Wolfman what was the most exciting project he was working on. Without hesitation, he brought up the Cyborg comic book series. He said something that caught me off guard but that should have been completely obvious in that he has a different attitude towards the characters he created when it comes to writing them, which actually makes complete sense. He went on to say that Cyborg will be a fun comic.

“Not funny..but fun, as in it will be a fun comic book story to read. Expect big ‘rock em sock em’ type stories.”

I wasn’t disappointed. Marv wants people to watch superhero movies and then to become so enthralled by them that they start reading and buying the comic books. He sees the movies as a portal for those to enter the superhero genre and then to become fans of the characters so much that they start to buy the comic books those characters are in. Thinking back, I realize how genius of a concept that was. How many people went to see Black Panther and, thanks to the brilliance of that film, are now buying comic books in order to follow the character?

Marv finished that thought by saying

“Comics are story and art, the oldest medium in the world. The way to make comics reach brand new people who already love characters is from films. The market today is completely different than even 10 years ago. We need new ways to make comics appealing to new and current readers.” 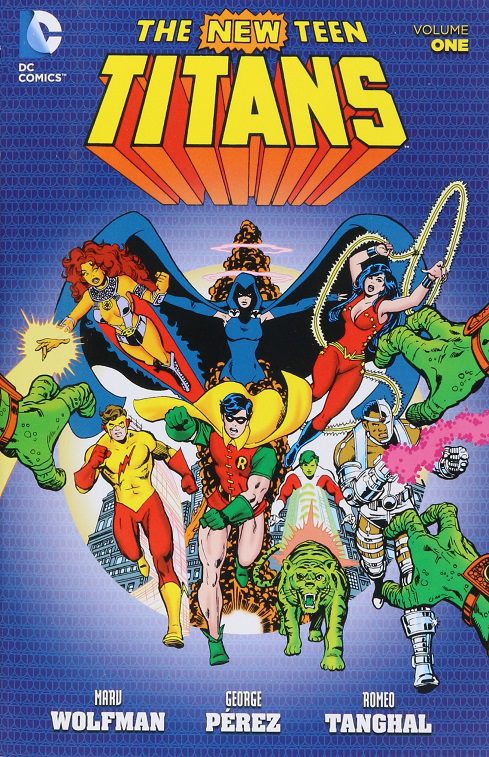 Our interview was more of a fun conversation than anything. I guess that’s why we were interrupted by none other than Kevin Grevioux (Twitter: @KevinGrevioux). Kevin came over to say hello to Marv and like a true gentleman introduced himself to me. Kevin stopped, looked at Marv, looked at me, and realized we were doing an interview. We all laughed and Kevin apologized for the interruption. I made it clear that if we had to be interrupted we were happy he was the one to do so! After the interview, Kevin and I had a quick laugh about everything with which I also told him I was a big fan of his work, especially his voice work as the Black Beetle on Young Justice. He got another laugh when I told them every once in a while I refer to my various sparring partners as ‘meat’. Check out season 2 of Young Justice Yin case you don’t get the reference.

Once we were back on track I shifted the interview to a question I’ve had for someone like Marv Wolfman for YEARS! For those who may not know Marv Wolfman was the architect of what I refer to as the relaunch that started it all, namely ‘Crisis on Infinite Earths’. With Flashpoint, the New 52, and Rebirth all taking place in recent DC comics history, I asked him what the top things were that you had to do to successfully reboot or relaunch a comic book universe?

He was very quick to answer as his answers came at me in rapid-fire style:

Have a plan. Know what has to happen at what point to whom. It can be complicated but without a good roadmap, the execution of the relaunch won’t matter.

Have the end in mind. No, really, have a clear picture of what the end result will be for the universe and the characters that inhabit it.

Have enough time to execute the plan. The best way to do this is to have ‘buy-in’ from the comic book company so that they back the entire process of the reboot.

Marv Wolfman was smiling during the entire interview…so far. I felt now was the time to hit him with some off-the-wall questions. As a co-host of the #WhoWouldWin podcast, we debate hypothetical battles between two characters from the worlds of sci-fi and comic books. Who better to ask #WhoWouldWin questions than to the iconic Marv Wolfman!

Question #1: In all out, last person (or being) standing Green Lantern battle with the purpose of seeing who was the toughest Green Lantern of all time…. who would win?

After some thought Marv said, “ultimately it would be Hal.” When I asked him why he said Hal is fearless, he understands how to use his power without getting emotional about it, he understands what that means, and because he’s fearless he’ll do what it takes to win.

Question #2: Who wins in a battle between Cyborg vs Deathstroke, two characters that Marv Wolfman himself created. Without hesitation, he said Deathstroke would win. After asking him why he mentioned that Deathstroke has 100% of his brain activated. Marv also stated that the key to Deathstroke is his brain capacity and that most people use 10 to 20$ of their brain. I mentioned I typically use much less and without missing a beat Marv Wolfman said: “As do I.”

In some ultimate geek knowledge, Marv Wolfman said that Cyborg uses 30% to 40% of his brain power due to his enhanced computer system. He did say that Cyborg would be faster than Deathstroke but that Deathstroke has better weaponry. What really separates the two, according to Marv, is that Deathstroke will literally do anything to win. Cyborg is not a crazy killer. Cyborg’s morality would get in the way of their fight. Deathstroke has his own morality which would allow him to things in battle that Cyborg couldn’t.

I loved that answer, especially since I would have chosen Cyborg to beat Deathstroke. However, how can you argue against Marv Wolfman? The answer is… you can’t!

Question #3: Who Would Win in a battle between Starfire and Raven. Again, without hesitation, Marv Wolfman stated that Raven would win in a quick decision due to the simple fact that Starfire’s blasts could not attack or harm Raven’s “soul self.” 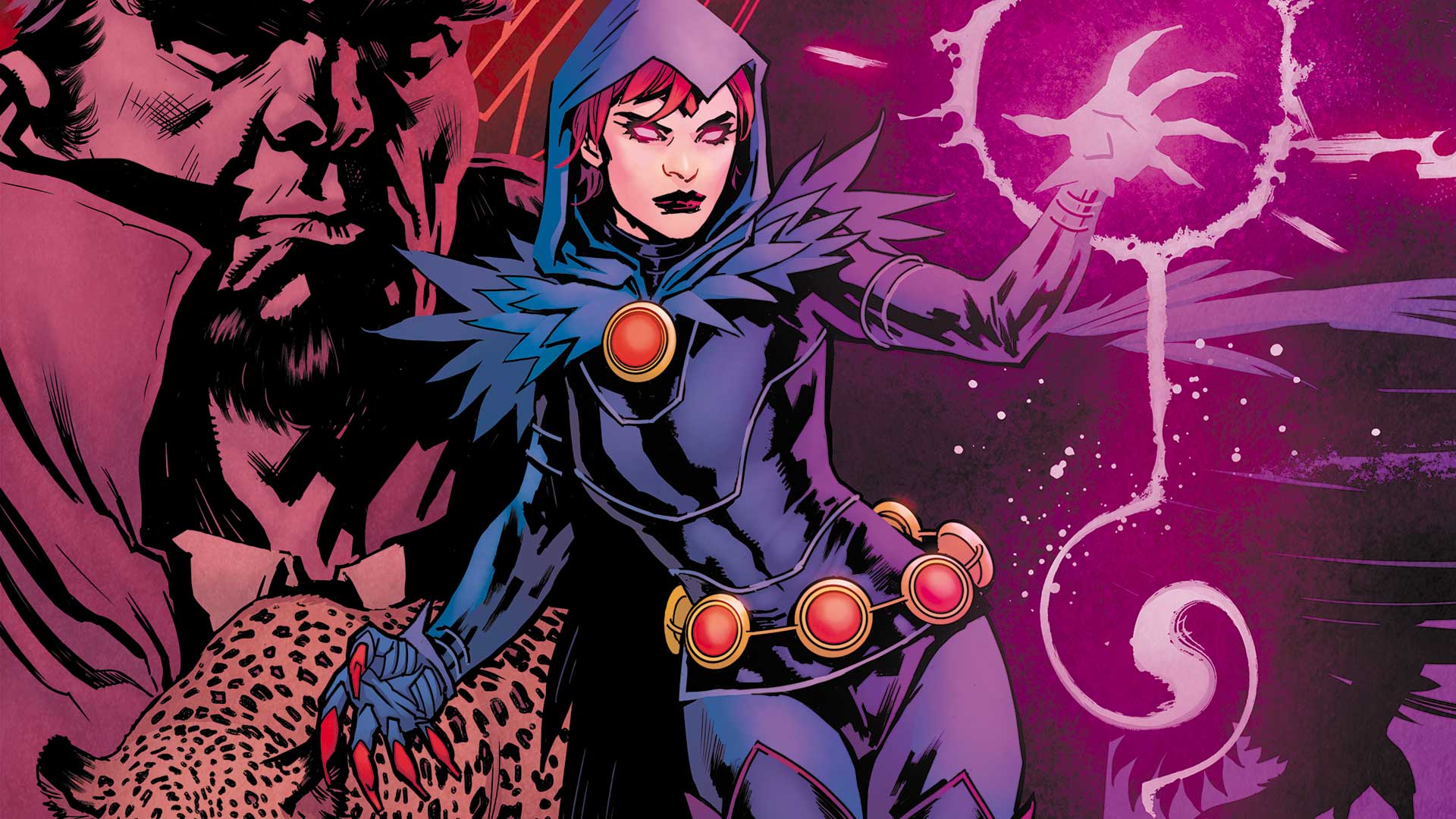 After thanking Marv Wolfman for the interview I left wanting to ask him even more questions. As a lifelong comic book, sci-fi, and superhero fanatic how often does one find themselves in the presence of a literal ‘Oracle’ of knowledge of the comic book field? Even though there were about a million more topics that I wanted to discuss with Marv Wolfman I left with one definite fact. As long as Marv Wolfman is somehow involved it was a guarantee that DC comics, as well as the rest of the comic book industry, is in great hands!

Written by: James Gavsie
Co-Host of the the #WhoWouldWin podcast
Twitter: @jamesgavsie

DC comics Interview marv wolfman Wondercon
Are you an Insider?News, reviews, & updates are just the beginning.