When I was younger, I enjoyed experiencing comics brought to life. I witnessed the West and Reeve portrayal of the Worlds Finest and Ferrigno as Hulk. But over the years attempts to produce accurate adaptations have often stumbled. That changed within the last 15 years with films such as Batman Begins and Deadpool. This lead to executives investing in the vision of writers, directors and producers. And the results showed in the product and profit.

Just like with the film industry, video games have also attempted to capitalize on comic book characters. My relationship with comic book video games goes back some ways. I recall playing Superman and Spider-Man on the Atari 2600. That was some years removed from the technology the video game industry provides us today. While the graphics and storytelling elements have improved, most comic book video games have limited success. Gamer, myself included, seemed to give them the same reception they do other games.

That is until a few years ago. When finally Rocksteady stumbled upon a strategy and provided the world with what had up until that point seemed overly optimistic. Arkham Asylum allowed the gamer to feel as if they were actually Batman. It would take a little longer but what Insomniac delivered was worth the wait. Spiderman for the PS4 is to date the best comic book video game.

Why were these games and characters better received by gamers? Are there similarities between the two characters that made the games successful? And if so are there any other characters that do as well? 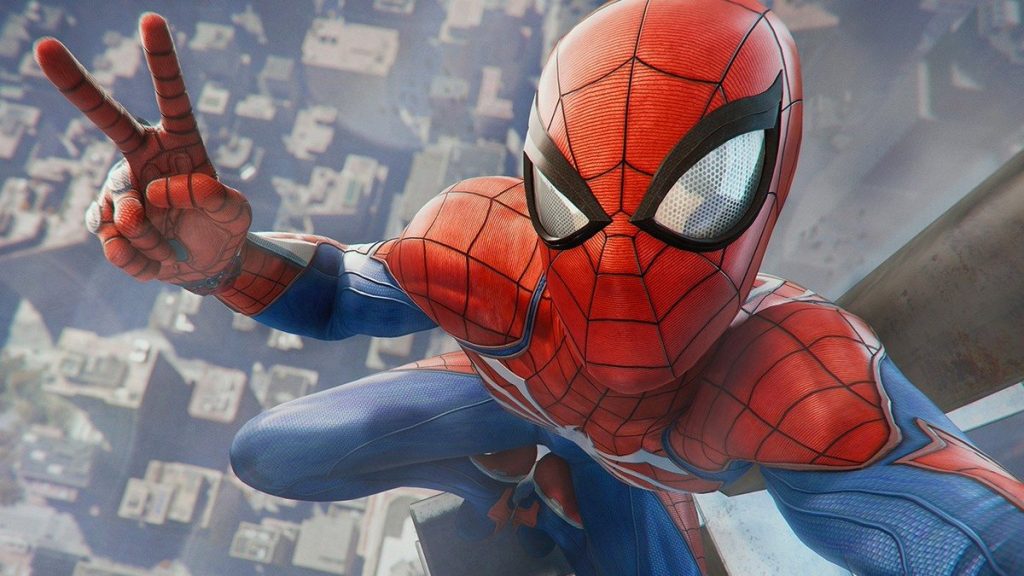 Of all the elements that made Spider-Man and Batman successful, to me this one is the least impactful. That doesn’t mean having a fan base or backstory to build on doesn’t help these two franchises, it’s just games have been successful with unknown stars such as Kratos or Link. Still having a character with an established backstory offers a few advantages. Players understand the character and their motivations. This makes game situations more engaging and gives the player the opportunity to live out an experience as the hero.

Another benefit of history is the location. These days most video games have the player travel to various sites and locales. Mixing up the landscape and topography gives the player new obstacles and serves to improve the playing experience. But moving to a new location requires a loading scene. Batman and Spider-Man provided one setting to explore while still offering a range of different landscapes. Few characters could tell a story from one location. Often it would begin in one place, follow a lead to another only to conclude at a third. Gotham/Arkham and New York respectively are huge set pieces that act as characters themselves. I personally enjoy playing an open world game and both games did this very well.

Last but most importantly…Bring on the Bad Guys. A hero is only as good as his weakest enemy(ies). See I added the plural because the average hero doesn’t have that many foes. Not true of Bruce and Peter. Each has a laundry list of A, B even C-list nemesis. Players aren’t stuck fighting a bunch of random redundant henchmen. There can still be one main villain, the number of mini boss battles increases and the enemy the hero is facing would still be a real threat. Both Peter and Bruce’s villains also range in powers and abilities leading to different and varied fights.

The range of what is classified as a “superpower” is pretty vast. From those who operate at higher levels and skills than average humans, to those with extraordinary abilities. It’s hard to image that certain powers can do more harm to a game than good but its true. Due to the limitations of current gaming and play-ability preferences some powers and abilities are either just wrong for gaming or don’t separate the experience from similar games. 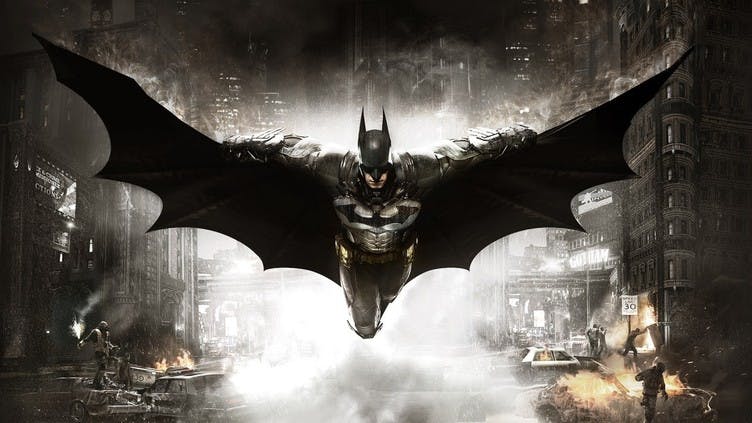 Neither Batman’s or Spider-Man’s powers are overly destructive. Batman fights and performs at peak human levels. Spider-Man while having super strength uses it with restraint when dealing with trouble. Now think about Superman, Hulk, Captain Marvel (whichever one), Wonder-Woman…these are some strong characters. Battles these heroes engage in typically leave some property damage. The problem with an open world setting game-play has to be limited in what the player can and can’t do. Otherwise one henchman encounter could result in the destruction of half the city.

Strength isn’t the only destructive power a comic book character can have. Energy/elemental manipulators can mess up a city as well. A game featuring Storm or Iceman would have to cap their powers because the possibilities of what they can do is limitless.

Both Bruce and Peter travel by similar means. So while the Batclaw and Spider Webbing allow the player to swing from location to location other heroes would tempt the player to fly around the world instead. Only problem is game areas end, there is only so much playable area in any game. Flying creates the opportunity to hit an invisible wall at some random point going horizontal as well as vertical. This happening during an open world battle allows for some frustration for players.

So as we approach the launch of new game systems who could be the first comic character available for gamers to play. After considering all the reasons Spider-Man and Batman worked while other heroes didn’t or should never be attempted is anyone left. After careful consideration I think the next candidate for video game treatment should be….

Barry Allen and his story are very similar to Bruce and Peter and I think this makes him the best candidate. His home turf, Central City, is a large and diverse enough location for open world game-play. The Flash would take down a group of thugs similar in execution to the style both Batman and Spider-Man did in their games.

As far as traversal, Barry doesn’t travel the same way as these two heroes do. However, instead of running from place to place I could see Flash running up and down building and using power lines similar to Infamous. Barry has also managed to make a few enemies over the years so he would have enough to fill a decent story. A point I didn’t mention either that Flash shares with Batman and Spider-Man is enough extras for some DLC. Players could get a chance to play Wally West or take on Speed Force missions.

There have been rumors of a new Batman game and it would be hard to imagine Insomniac isn’t preparing a new Spider-Man outing given the first games success. One or both of these characters certainly may beat Barry to next gen consoles. That doesn’t mean I wouldn’t welcome the chance to play as The Fastest Man Alive and I can’t be the only one. 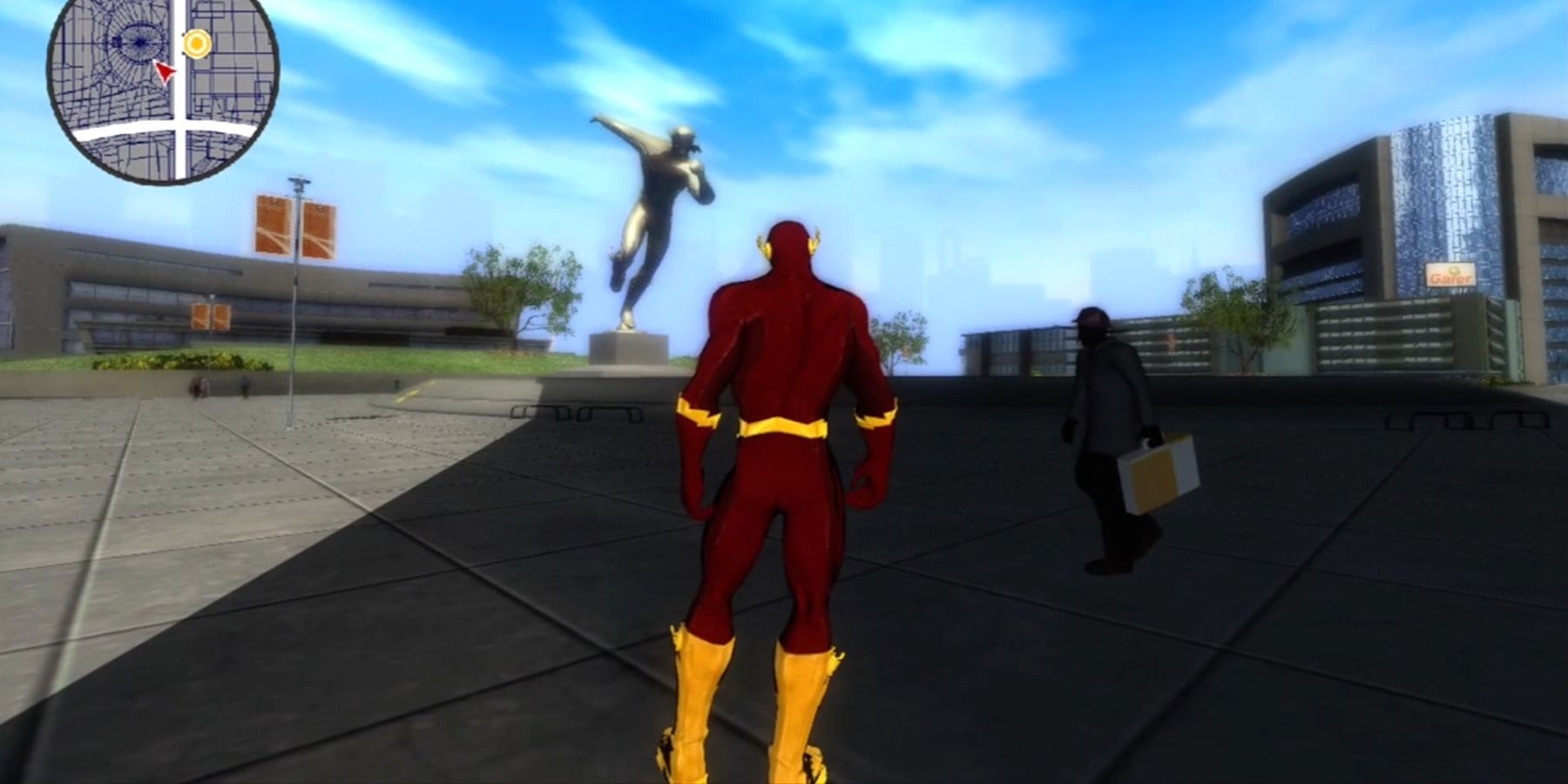