Anthrax “Among The Kings” Concert DVD to be released

My pick for best metal album of 2016 was Anthrax’s “For All Kings”. You can find my review Here.  Now it looks like I will be adding a live DVD to my collection soon. I have seen this band live on tour four times now. Let me just say they never disappoint you and put on one hell of a show. 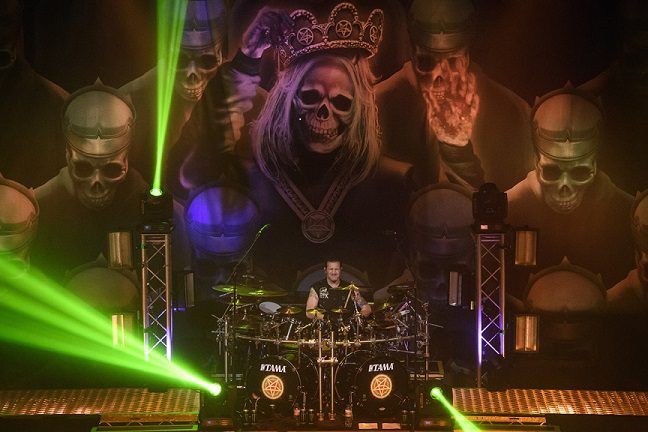 Thrash pioneers ANTHRAX, armed with an initial six dynamic SRO dates on “Among The Kings,” their first UK/European headline tour in more than a decade, over-the-top rave press reviews, and hundreds of effusive social posts from fans who attended the shows, will chronicle the frenzy with a live DVD expected to be released later this year (Megaforce).

With the energy level through the roof, Anthrax’s show was filmed at Glasgow’s historic venue Barrowland.  Seventeen cameras, including five Go-Pros and a full-size camera crane, captured more than two hours of Anthrax favorites that were voted onto the evening’s set list by fans and included “Madhouse,” “Be All, End All,” “Breathing Lightning,” and “A.I.R.,” followed by Anthrax’s classic 1987 album Among The Living performed start to finish (“Caught In A Mosh,” “I Am the Law,” “Indians,” “N.F.L.”).  In addition to the live footage, the DVD will include “fly-on-the-wall” interviews and other B-roll shot on the band’s tour bus, backstage, in hotels and elsewhere. 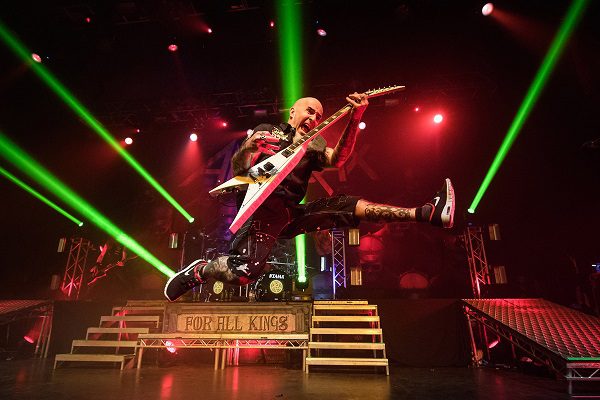 The DVD is being produced and directed by Paul Green of the Manchester, UK-based Paul Green Productions who has filmed concerts for Opeth, The Damned, Gary Numan, The Levellers, and many others.

Starting March 29, Anthrax will co-headline the “KillThrax” North American tour with Killswitch Engage.   Dates are below and ticketing info can be accessed at here.