The 5th Season of Arrow  may be the best the show has been since Season 2 as far as overall story telling goes. There has been the occasional stumble along the way, but over all this has been a very enjoyable season especially from a comic book aficionado’s perspective. The 17th episode entitled ‘Kapiushon’ is certainly no exception. We pick up right where we left off with Oliver as the prisoner of Adrian Chase who has been revealed as Prometheus and who we now know was trained by Talia Al Ghul to exact revenge on Green Arrow for killing her father, Ra’s Al Ghul, at the end of the 3rd season. 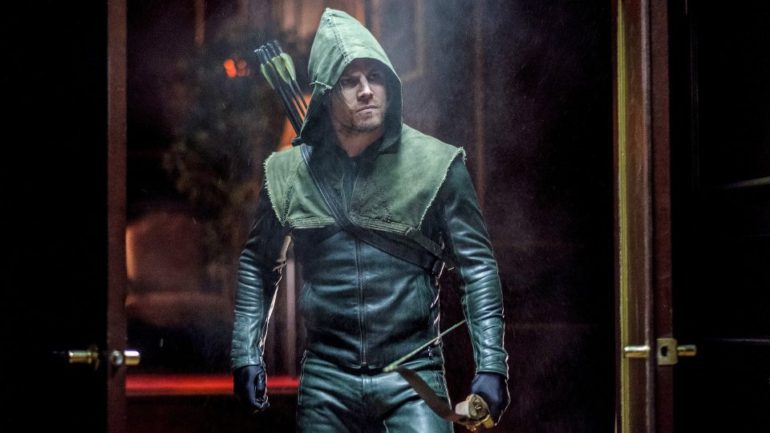 From the beginning, Adrian/Prometheus is torturing Oliver trying to get him to “confess.” Oliver, unfortunately, is at a loss as to what it is he is meant to be confessing. And so the torturing continues with Prometheus putting three arrows into Oliver just as Green Arrow did to Prometheus’ father. Next, Adrian brings in Evelyn Sharp who had been working with Team Arrow until she betrayed them at the request of Prometheus. Adrian brings a clearly broken Evelyn into Oliver’s cell and puts a knife between them saying that if Oliver kills her, then Adrian will let him go unless Evelyn kills Oliver, in which case he will let her go. When she is unable to kill Oliver and Oliver refuses to kill her, Adrian breaks Evelyn’s neck in front of Oliver and reminds him that everything and everyone he comes into contact with ends up dead and that it’s only a matter of time before Felicity & Diggle end up the same way. 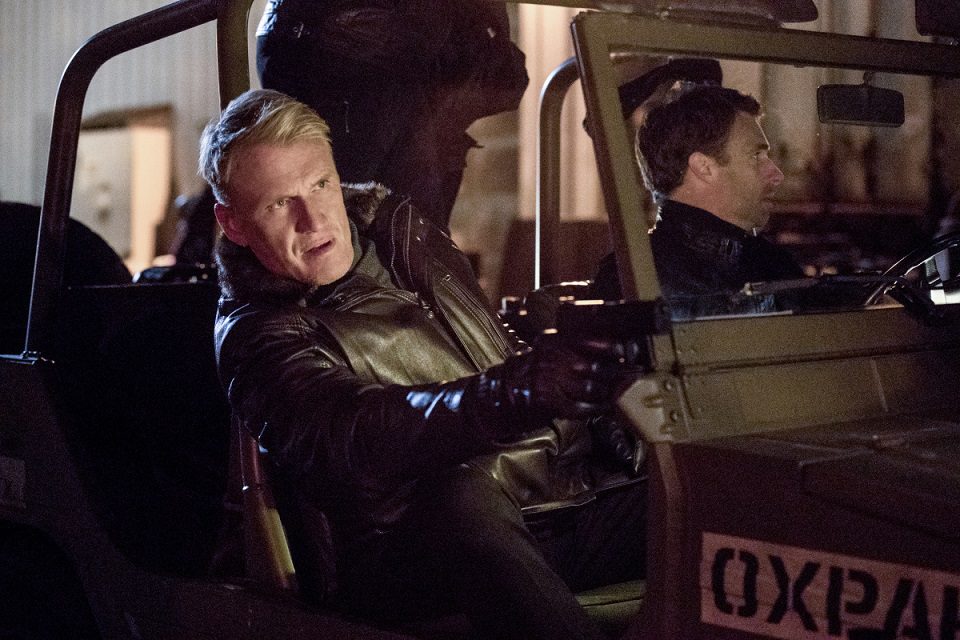 This episode is a departure from other episodes in the series in that the majority of the action is centered in the flashback portion, which end up reflecting back to the moments we see in the present day of Oliver’s torture by Prometheus. In the flashbacks, we see that Anatoly is promoted to Pakhan of the Bratva after Oliver’s “new identity” helps Anatoly’s faction wipe out the competition. This leads to a crossroads for Anatoly where he must decide whether or not to honor the Bratva’s deal with Constantine Kovar. A decision made easier when Anatoly overhears a deal Kovar has made with an American named Malcolm Merlyn that will allow Kovar to kill key government officials at his casino. Needless to say that brings us to a final showdown between Oliver’s internal demon (aka: The Hood) and Kovar in which Oliver apparently kills Kovar and finally gets vengeance for Taiana who died on the island last season.

In present day, the scenes of the flashback come to a head when Adrian finally gets Oliver to “confess” that he kills because he likes to kill and not because of his father’s list or because he has to kill to save lives. This admission on Oliver’s part appears to finally break him and, as Adrian promised, he is released now that he has confessed. He makes his way back to the base where he is greeted by Felicity, Curtis and Diggle and informs them that he is shutting everything down and that they are done.

Have you seen this:
Marsupilami: Hoobadventure (Review) 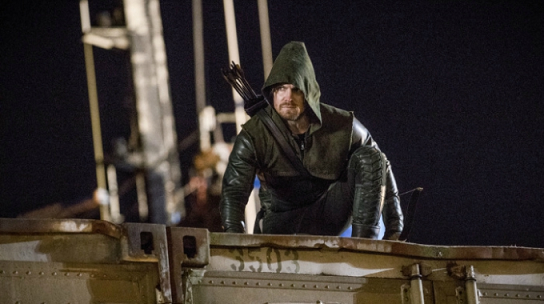 Again, this episode was quite unique due to the emphasis on the flashbacks as a means of fleshing out the meat behind Oliver’s final admission that he kills because he likes it. The focus on the past as it comes closer to aligning with the beginning of the series is excellently done and it piques my curiosity about how the end of this season will show the timelines converge. Overall, since this show was so centered on Green Arrow and hardly showed any of the supporting cast members until the very end of the episode when Oliver made it back to HQ, it gave it the feel of a solo adventure that one would see in the “Green Arrow” comic series which I always enjoyed. Between the writing of this episode and the effect it will have on the remainder of the season and just due to the wonderful acting from Stephen Amell and Madison McLaughlin.