Oliver returns to the team mentally broken by Prometheus. As we saw at the end of Episode 17, he tells the team that he is shutting it down and demands that they all go home, insisting that both he and his crusade are over. His next step is to completely break things off with Susan Williams telling her that what happened to her was done by Prometheus but it was done because of who Oliver really is and he doesn’t want to touch her life that way. Next up on Oliver’s list? Killing Prometheus once and for all. To that end, he reaches out to his friend Anatoly and asks that the Bratva kill Adrian Chase.

Anatoly says he has brought his best men to Star City but he insists on partial payment upfront to show good faith on Oliver’s part after how things went the last time that the Bratva came to town. Oliver agrees. Meanwhile, Diggle along with Curtis, Rene, Dinah & Felicity all gather at Felicity’s apartment to try and figure out what to do next. Felicity decides to go and see if HELIX can help uncover some connection showing Adrian Chase is Prometheus while Diggle and the others decide to continue the fight with some equipment borrowed from A.R.G.U.S. No sooner do they get their new gear than they are alerted to a break-in at a pharmaceutical company. The group heads out only to discover that it is the Bratva stealing drugs used for treating diabetes and Anatoly also informs them that he has “permission” to steal the drugs from Oliver Queen himself. 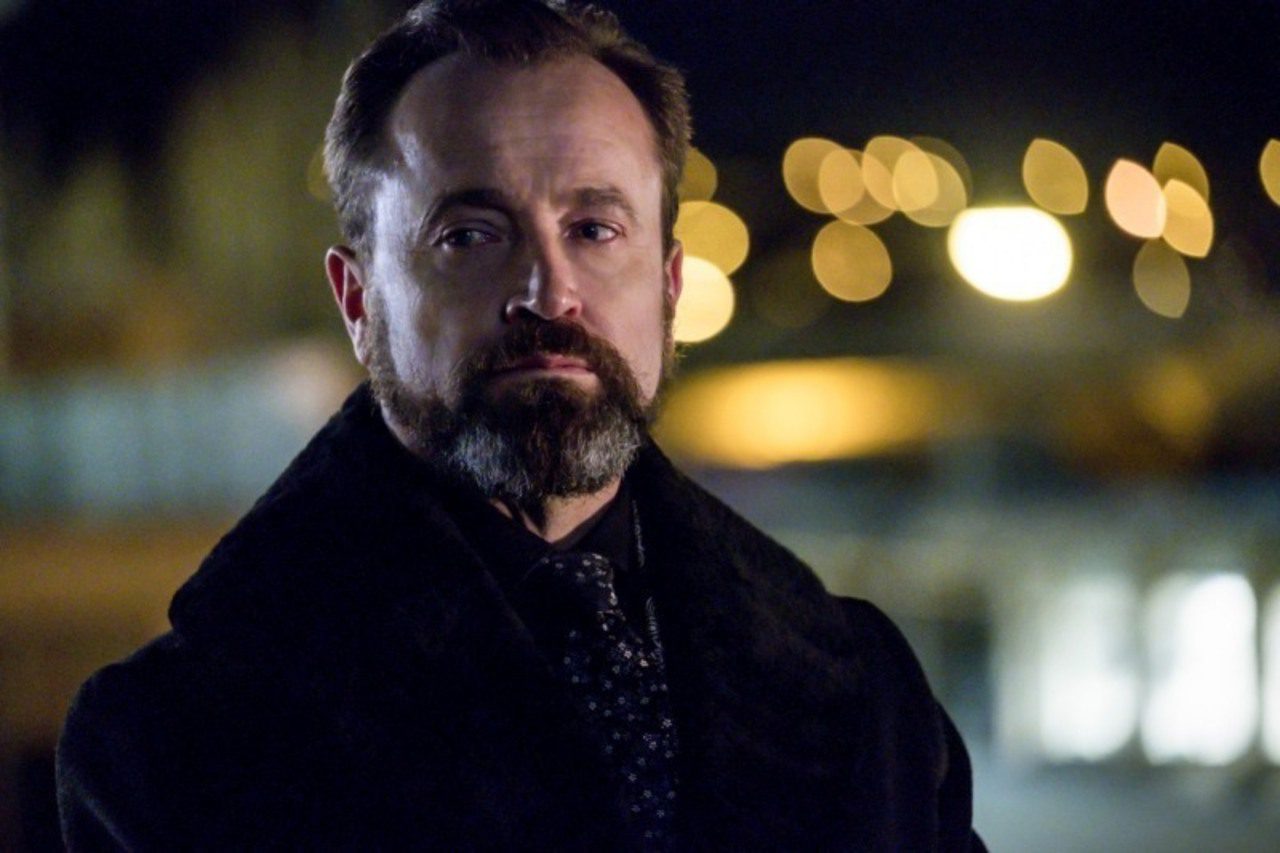 This news leads to another confrontation between Oliver and Diggle who insists that he is here for Oliver and knows that whatever Prometheus did to him, that Oliver can find his way back from it. Oliver reminds Diggle that he ordered the team to stand down and warns him not to interfere with the Bratva again. But interfere they do. This time they intercept the Bratva before they can kill Adrian Chase as he is being escorted to a safe house by the Star City PD. They not only succeed in stopping the Bratva from killing Chase, but Mr. Terrific also manages to use his T-Spheres to hack Adrian’s image scrambler so that Felicity can reverse engineer the tech that keeps him cloaked from video surveillance and help prove that he and Prometheus are one and the same. The only problem is that the hardware still needs to be hacked before it can be used to show the police. To that end, Curtis and Felicity break into Kord Industries which made the image scrambler in the first place. 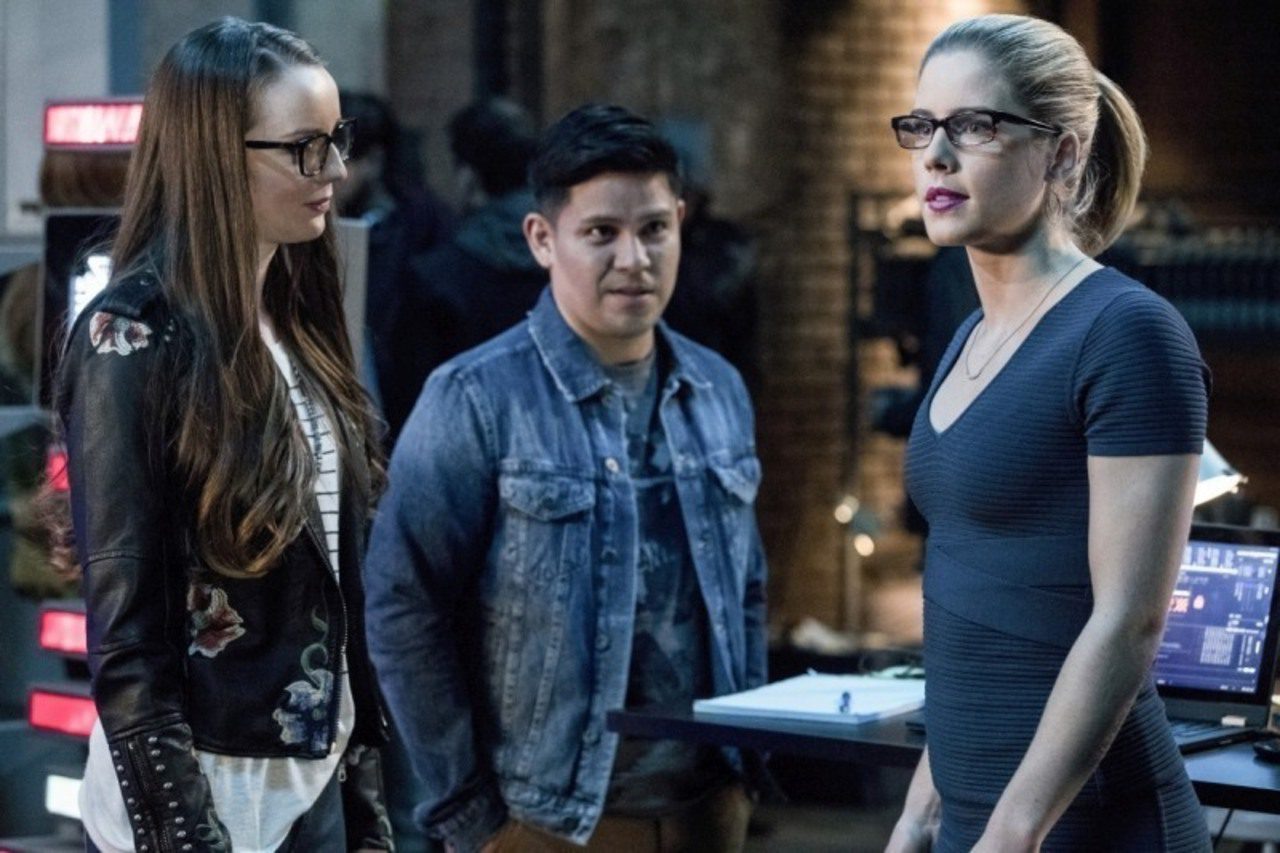 Diggle finally convinces Oliver that he is not beyond redemption no matter what kind of monster he thinks he is, but that he has to be willing to work for it. Reluctantly, Oliver agrees to rejoin the team and, shunning his Green Arrow costume for a plain ski mask and stealth suit, he helps Diggle, Dinah & Wild Dog stop the Bratva from stealing the other drug they need to combine with the first one they stole to make synthetic opium. As a result, a wedge is now permanently driven between Oliver and Anatoly. This is very sad when contrasted with the flashback scenes showing Oliver as “The Hood” and Anatoly’s Bratva pulling one last heist of medical supplies to help sick children in Russia. Oliver decides that he must go back to Lian Yu so he has a plausible story to tell people about where he has been for the last 5 years. Anatoly worries what he will become without Oliver around. 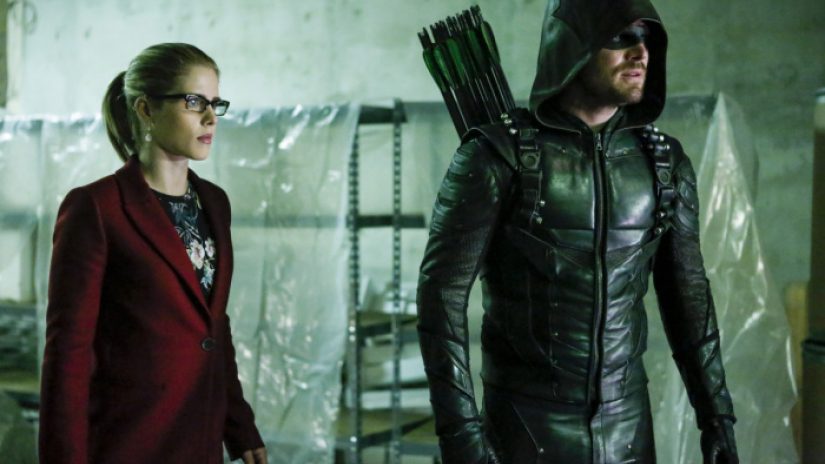 Finally, the image of Adrian Chase taking off his mask to reveal that he is Prometheus is unscrambled and given to the SCPD who forward it to the Federal Marshals guarding Chase. But before they can apprehend him, he kills the marshals and escapes. To me this was another fantastic episode due in no small part to the acting of Stephen Amell. His internal torment was played out just perfectly with his downward-turned eyes, his softer tone of voice and through his interactions with those around him. I also truly felt saddened by the nature of the change his relationship with Anatoly took at the end of the episode. The whole season’s worth of flashbacks cemented this image of the two of them as true friends and the impact of their final scene of tonight’s episode was not lost on me. A perfect setup by the writers that played out in the long game with a solid emotional impact here at the end of the season. (I’m actually more saddened by Oliver and Anatoly’s friendship ending than I was when Felicity broke off her engagement to Oliver. LOL!) Now all I have to do is see if I can survive the wait until April 25th when new episodes return!!!