Sorry to disappoint but this is not my speculation that Deadpool will appear in the MCU. #SDCC2017 showed everyone a look at the sheer epic scale of Avengers: Infinity War. Thanos has come to earth with some special jewelry.  While much of the story remains up in the air, one thing is for certain:

Superheroes are going to die.

With that in mind, I created my own pool of some of the possibilities for character deaths, the odds of it happening, and how the death could occur. The pool is mostly based on speculation and not inside information. So there is no need to be wary of spoilers or troll me relentlessly on podcasts if I turn out to be right. 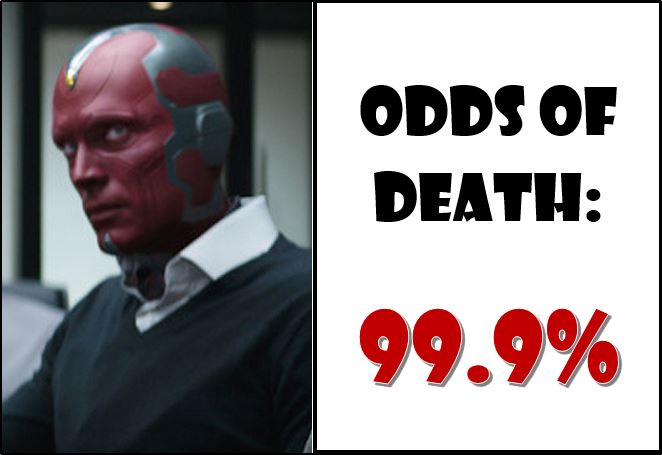 Unfortunately, the android who prefers to dress like a suburban dad has little hope of surviving the events of Infinity War. The reason is a certain glaring jewel in the middle of his forehead. Thanos must collect all the Infinity Stones and Vision has one. It’s likely he will arrive and rip it out of Vision’s head, leaving the insightful robot wishing he’d kept his day job as the voice inside Iron Man’s helmet.

And speaking of Iron Man…. 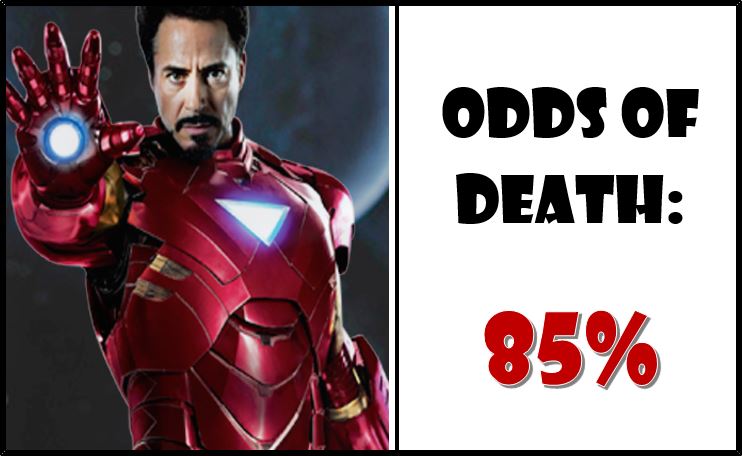 Iron Man began the brilliant era of Superhero movies in the MCU with his solo film in 2008. From a real-world perspective, Robert Downey Jr is probably ready to move on from the major commitment the films require. From a story perspective, Iron Man’s death would echo throughout the Avengers and seriously raise the stakes of battle. I believe Thanos would personally defeat Tony in retaliation for shell head sending a nuke to his invasion fleet in the original Avengers film.

Turnabout is fair play, but fairness goes out the window if Thanos faces off with…. 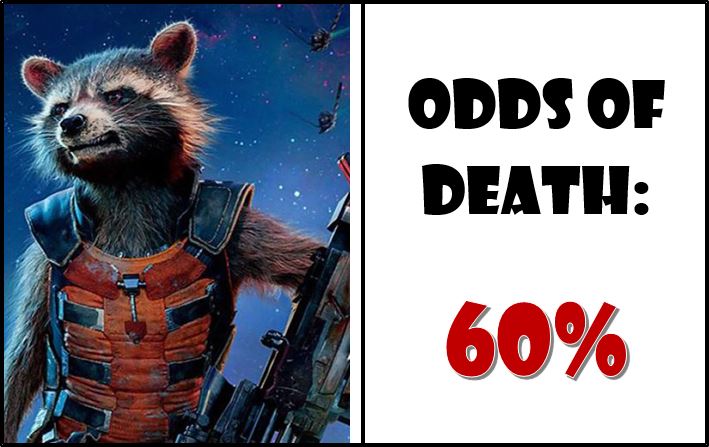 The death toll will be high in Infinity War and they can’t all come from the Avengers roster. The Guardians will take losses too. And while Rocket isn’t human, the little trash panda has worked his way into the hearts of all Marvel fans. Rocket’s death would have to come while he saves the life of one his teammates, most likely Peter. His last act would need to be one of selflessness to bring his journey full circle and would be guaranteed to leave anyone under 12 in tears. (And a few, unnamed, adults too…) 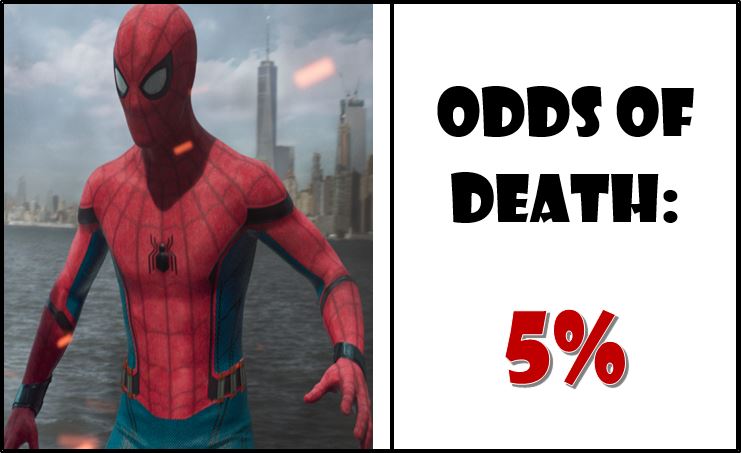 This death seems almost impossible with Tom Holland under contract for multiple movies and major plans for the Spider-Man films. However, Spider-Man Homecoming revealed that Marvel has a spare youth with Spider powers in their back pockets. Yes, Miles Morales exists in the MCU. His indirect mention in the latest Spidey flick may have been a meaningless Easter egg or a warning to Tom Holland not to misbehave in his new role.

However, it may mean the plan was always to kill Peter Parker right out of the gate just for shock value.It would make cinematic history to have Thanos squash the young arachnid with one boot before the real fight even began.

No one would expect the flagship hero to be killed immediately after liberating him from his captivity in Sonyland.

Of course, like comic books, all deaths could be temporary and completely reversible. Time will tell just how far Marvel is willing to go to rip their universe apart and #SDCC2017 has left me begging for more. Who do YOU think will join the ranks of the glorious dead in Infinity War? Be sure to sound off below, or tell me on twitter @JSandlinWriter. 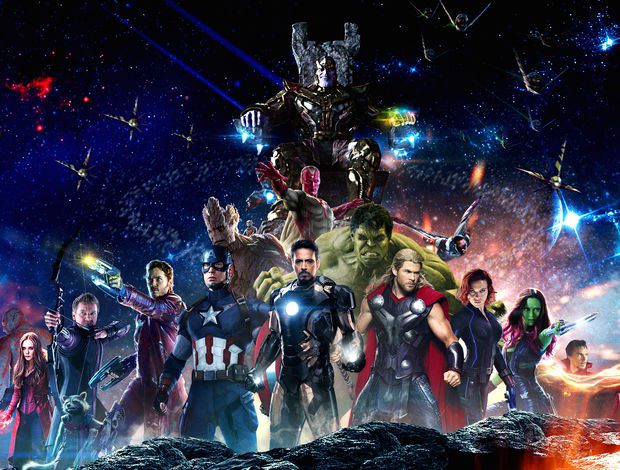 Special thanks to GWW for their coverage and footage of #SDCC and incredible tweets!