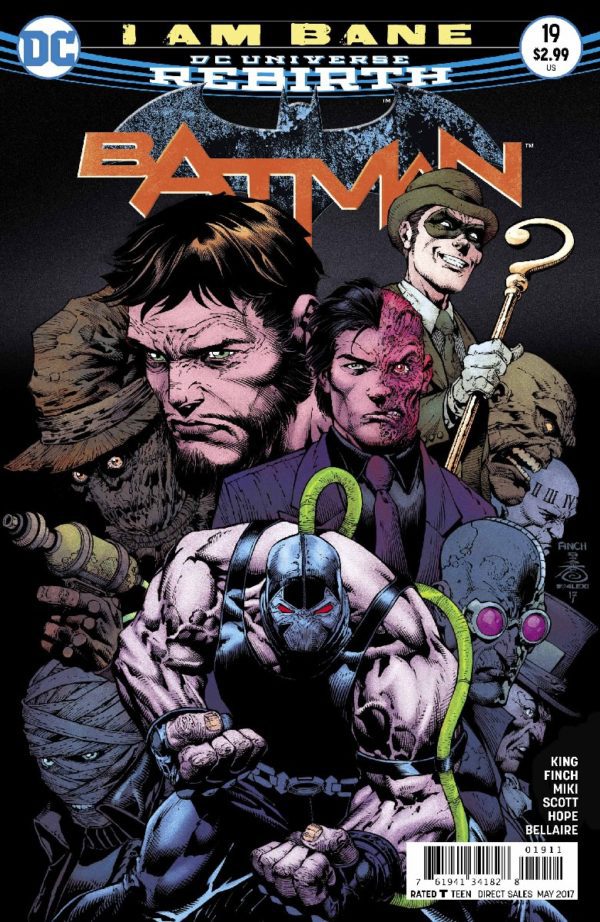 The last issue of Batman felt like it was worth a TV or movie adaptation. The art and pacing of it all had the makings of a great episode if we were ever lucky enough to get a weekly Batman show that focuses on the Dark Knight himself (sorry, Gotham). Issue #19 returns to that well paced storytelling to solidify King’s place as a respected Batman author.

I had a feeling I would like this issue as soon as I saw the cover art. I’m a believer in Batman’s villains being the best bunch of them all. The vast majority of them can 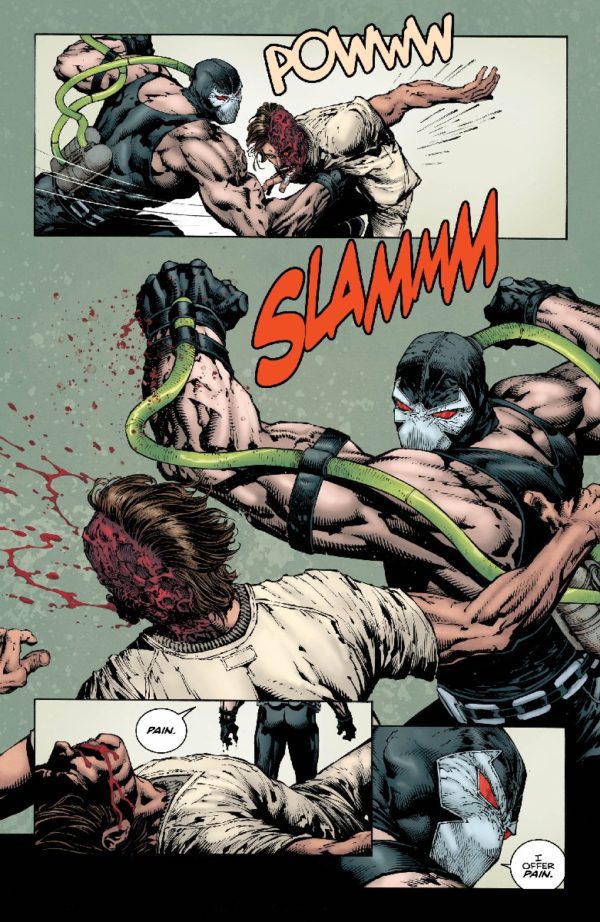 hold their own against any other hero’s group of baddies. So when King does these issues, of which he’s done a few now, where we as readers run the gauntlet of villain cameos, I’m usually delighted. Last time we saw this approach, it involved a lot of the D-list villains Batman authors don’t utilize anymore — out of respect for themselves and the reader, surely. This time Bane stampeded through Arkham dispatching the likes of Riddler and Scarecrow, true A-list villains. And each of them were given their few panels of fame too. Bane issues a particularly hilarious threat to Nigma that had me laughing out loud even among all the wreckage.

If you’ve been following along with the timeline of events, issue #19 is the fateful Day Four of Batman’s four day plan to save Gotham Girl. We once again don’t see a lot of the Bat — something else King has been surprisingly great at scripting — but where it ends will capture even the most laid back of fans and have them out of their seat. Batman’s greatest moments often come when he outwits his opponents using his muscle or his brains, but especially when he uses both. We can see from the final panels that all his strength will need to be utilized, but like it usually is when Batman and Bane get bloody together, he’ll surely have to outwit the monolithic masked villain as well.

Have you seen this:
'Gunpowder milkshake' (review)