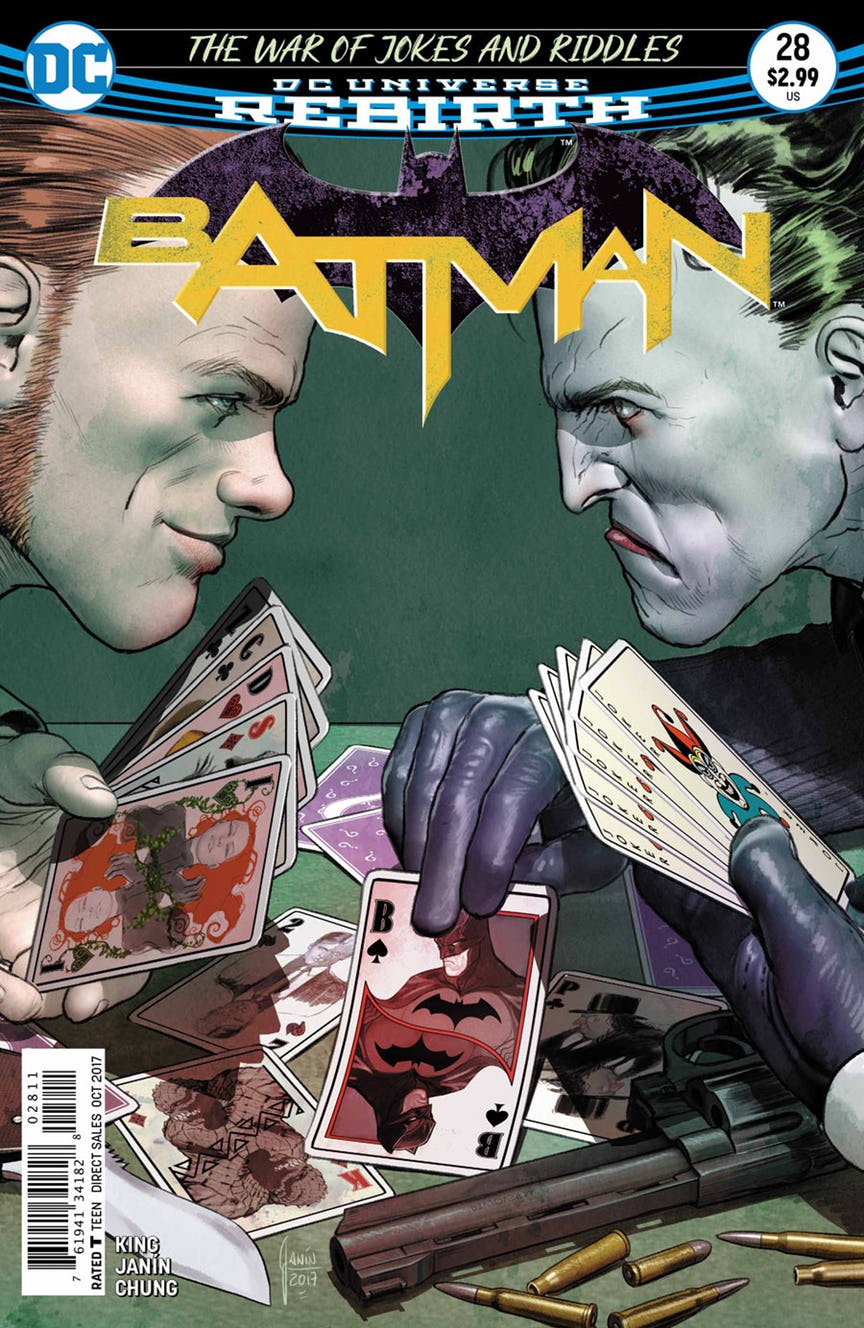 The War of Jokes and Riddles has finally begun to ratchet up to some tangible action. Batman issue #28, the third in the biggest arc of Tom King’s young Batman career, is the first to start delivering on its premise. After a pair of table-setting openers and a sort of polarizing peripheral issue, this one brings not just some great scenes and pacing, but also the very best art of the series so far.

No disrespect to David Finch, but Mikel Janin has been consistently excellent when he’s joined, King. I think he’s a better fit for the characters and this one is his best work yet. There are several panels that are simply astounding and I paused my reading each of those times in admiration. They help sell the comic’s overall merits too by making it all more cohesive. One of the reasons (of many) I didn’t much care for the Kite Man issue last time out was I found it strangely paced and scripted, leaving me confused as to what was even going on among the panels and pages. This one doesn’t come close to such a problem. It’s smartly told, even better drawn, and leaves the arc ready to explode in two weeks. 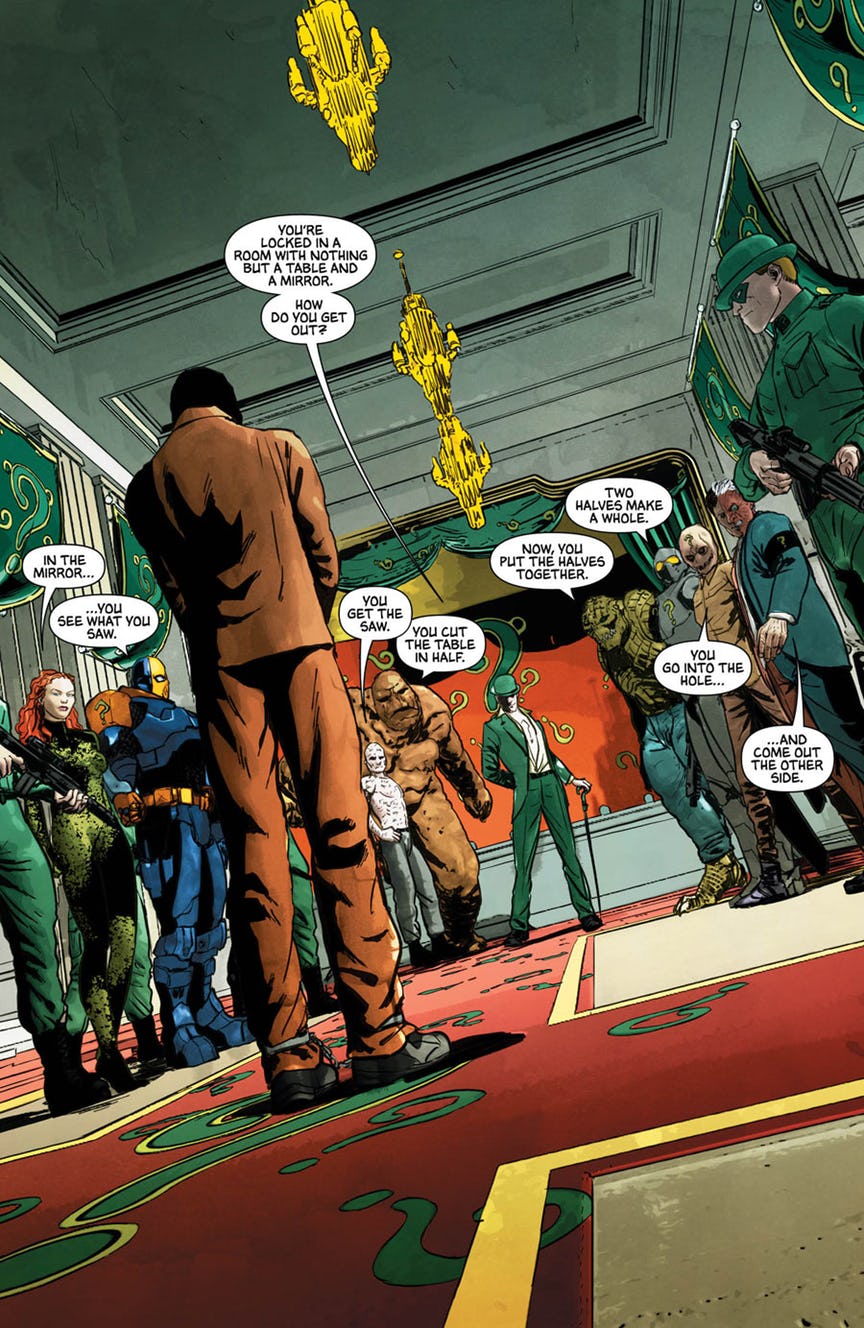 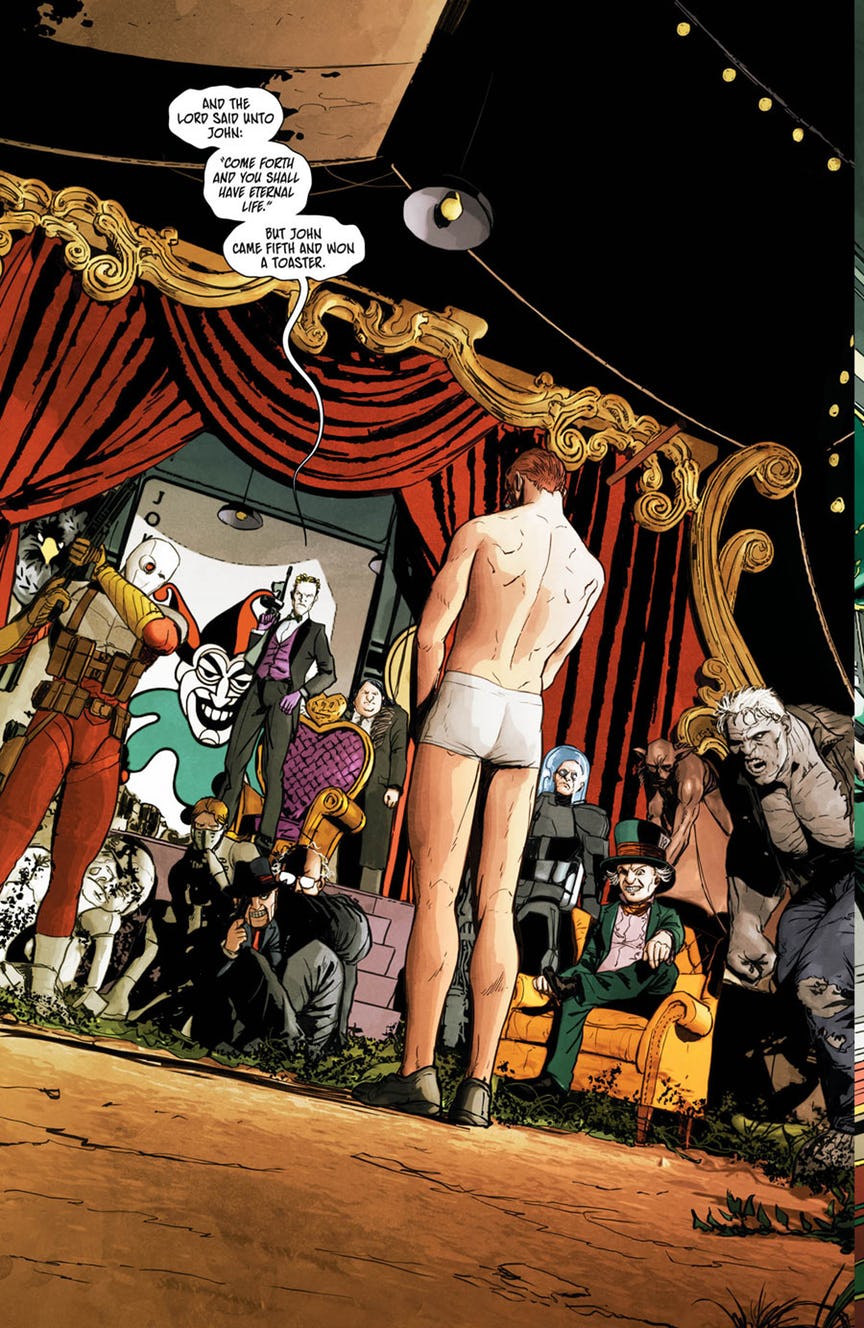 My favorite scenes of anything involving Batman are when he takes on the Big Bads in larger than life scenes, like something out of the games or animated series. To me, that’s the core of Batman — and maybe any hero: solid storytelling with huge stakes and great action. Because of Janin and King’s collaborative effort, The War of jokes and Riddles Part 3 has all of that. It reads quickly, intelligently, and intriguingly, and puts two great villains front and center. Batman as a series always proves its strength when it can shift focus away from the titular superhero and still deliver quality storytelling. He’s in this one and even narrating it, as is the arc’s framing device, but he’s not much of the focus and yet the issue is really fun. This issue reminds me why I firmly believe Batman is the greatest hero in the medium.