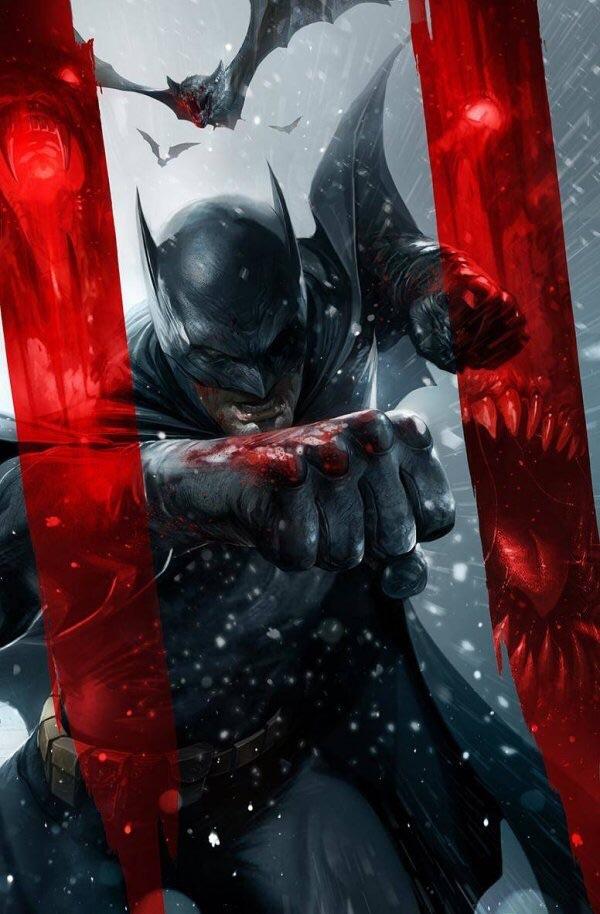 Following the events of Batman 56, Batman manages to make it through the freezing ice and snow to the door of KGBeast’s cabin, where he is, of course, shot at. General fighting ensues from there to the backdrop of a twisted folk tale Bruce had his father read him as a child. It’s obvious who wins, but I won’t spoil it here.

A boring conclusion to an even more boring arc, Tom King somehow manages to make me fall asleep reading a story about one of my favorite characters fighting a villain who deserves so much better than this. There’s not much I can say positively about this issue and King’s writing. It’s dull, clunky and lifeless. That’s all there is to it. I hope his plans for Bane and the particular team he’s assembled are amazing because the rest of his run sure isn’t.

Tony S. Daniel’s art is worse in this than the previous issue. It’s bland and unappealing to the eyes and just kind of sits there. The details Daniel needs to add would make it much better, otherwise, it just looks rushed.

If this run gets any worse than ‘Beasts of Burden,’ DC may as well just cancel Batman altogether and let Detective Comics be the main title for Batman.